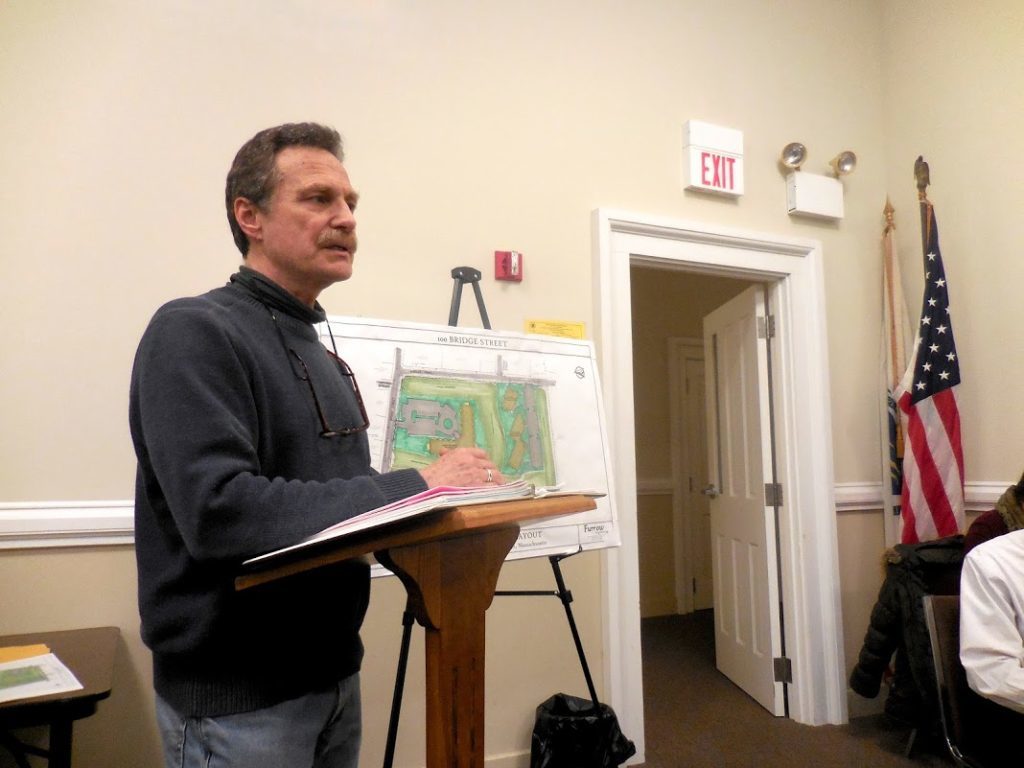 Terry Cowgill
Tim Geller, who heads the Community Development Corporation of South Berkshire, explains the proposed revisions to the 100 Bridge Street project to members of the Great Barrington Zoning Board of Appeals at a March 19 meeting.

Great Barrington — With the project’s viability hanging in the balance only last month, a large mixed-use development planned for 100 Bridge Street cleared a major hurdle last week as the zoning board of appeals reversed course and ruled that changes proposed for the project were not substantial enough to revisit the approvals process.

Last month, the board ruled that a revised proposal for the reuse of 100 Bridge Street constituted a “substantial change” that would, in effect, invalidate a major permit the board originally issued for the project in 2016. That latter ruling, in the words of its proponent, “significantly put the proposal at risk.”

But the Community Development Corporation of South Berkshire and its executive director Tim Geller went back to the drawing board and returned before the board April 10. At that time, Geller offered to withdraw his proposal and the hearing was closed.

“Tim then presented a new plan, which proposed one large berm of contaminated soil on the south side of the housing project instead of two smaller berms, one on the south side and one on the north,” ZBA Chairman Ron Majdalany told The Edge. “This meant simply shifting the housing a few feet to the north to accommodate the size of the larger berm. The board found this change to be insubstantial and approved it.” 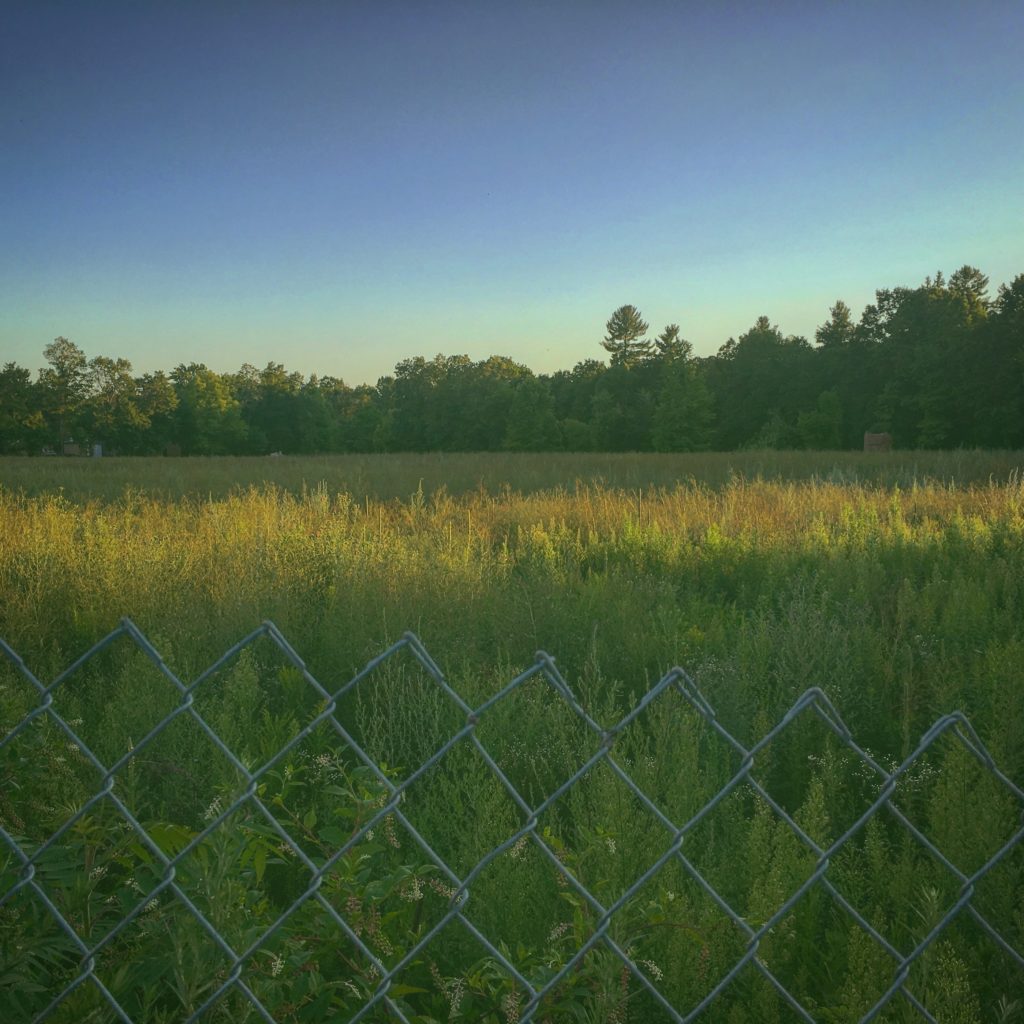 The change also had the effect of moving the affordable housing units farther away from the town’s wastewater treatment plan at the southern end of the polluted 8-acre site. The siting of the 2 acres containing the housing had been a major source of concern to the board and to many members of the community.

“We saw the ZBA’s original action as an opportunity to take another a look at the site, and think that this resulted in an improved site plan,” Geller told The Edge.

The proposal, which has a long and controversial history, has been the recipient of some $16 million in state and local aid, including $15 million alone from the state Department of Housing and Community Development.

In 2014, CDC had begun to remediate carcinogenic contamination from the site using a process known as bioremediation, but the DEP put a stop-work order on the operation after neighbors complained about the odor during a summer of heavy rains. Eventually the department shut down the process altogether, leaving CDC to come up with another strategy to deal with the PCPs and dioxins left by New England Log Homes.

Then the CDC proposed to essentially remove the toxic soil and flip it with the cleaner soil beneath, cleaning up portions of the property as they were being built out. But that plan was ultimately rejected by the state, as well.

CDC’s latest plan, now accepted, was to remove the toxic soil and pile it up on three separate berms on the property. The contaminated soil will be covered with a hard protective layer that includes Geofabric. Clean soil will then be added over the top and vegetation planted. Removing the contaminated soil, treating it and replacing it would have been prohibitively expensive.

Geller has said he is in “advanced talks” with a Vermont company about building an 80-unit senior housing complex on the northern end of the property with both independent- and assisted-living.

Meanwhile, a general contractor has been selected for the affordable housing: Saloomey Construction Inc. of Otis.