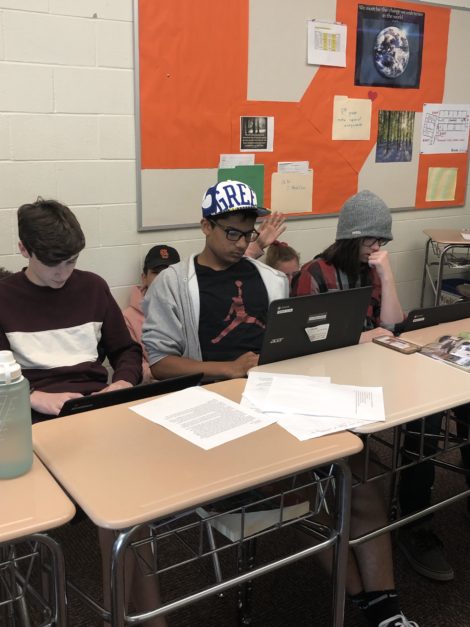 YES! You can end the year-end school doldrums — at least at MVRMS

Great Barrington — Young people are inherently prone to asking questions—lots of questions. I might have forgotten this simple fact on Monday morning when, after having been invited by Theresa Girona to speak with her Power of the Media class, I was bombarded, in an incredibly positive way, with questions: “Once you get a story approved, how long do you have to write it? Who comes up with the titles of your stories—you or the editor? Have you ever written a story that was not your best work? When you do a Q&A, do you only write exactly what you say and exactly what the other person says? Do you ever get writer’s block?” For me, the one most often tasked with asking probing questions, the role reversal was refreshing. And the opportunity to dialogue with a group of seventh- and eighth-grade students brimming with enthusiasm for the topic of writing? Well, that was priceless.

“This is a nice way to end off the school year,” said Samuel Yeung, an eighth-grader at Monument Valley Regional Middle School. “It is not as uptight as regular school, but we are still learning a topic we weren’t able to cover in our regular year,” he added. Yeung is talking about Year End Studies—or YES, for short—one local district’s answer to the end-of-year stagnation, a perennial phenomenon that often leaves students and teachers inching toward the 180th day of school with little, if any, enthusiasm for the work at hand. “Grades closed last Friday, and we would otherwise be sitting around all day, probably doing nothing important,” noted eighth-grader Jacob Shron. “But the YES project makes use of this time in a cool way,” he added. 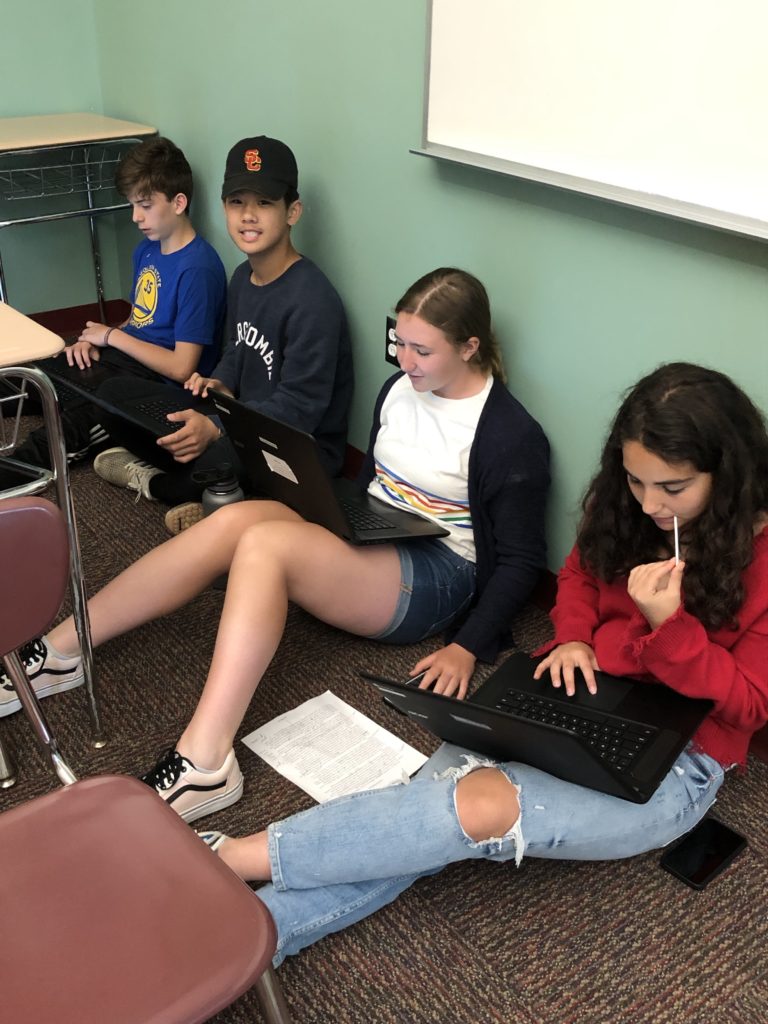 The YES Program, first conceived of four years ago in Spartanburg, South Carolina, was McCracken Middle School’s answer to the end-of-the-year doldrums. The school’s approach revolved around creating student-centered, teacher-designed and interest-based courses that placed emphasis on educating the whole child. A scant two years ago, Fred Erickson’s research led him to McCracken, as well as a school in Texas, where YES was implemented in the curriculum. Erickson, a 19-year veteran teacher in the Berkshire Hills Regional School District, consulted with both principals, who shared how their respective missions were complemented by the introduction of YES, and he enthusiastically pitched the idea to his eighth-grade team. The result? Erickson and his colleagues cobbled together a diverse range of nontraditional, project-based experiences designed to apply and expand what students have learned during the school year. Last June, the inaugural three-day program aimed at connecting students to their local communities through service was launched at MVRMS. This year, thanks to overwhelming support from the district, the YES program was expanded to include the entirety of the seventh and eighth grades. 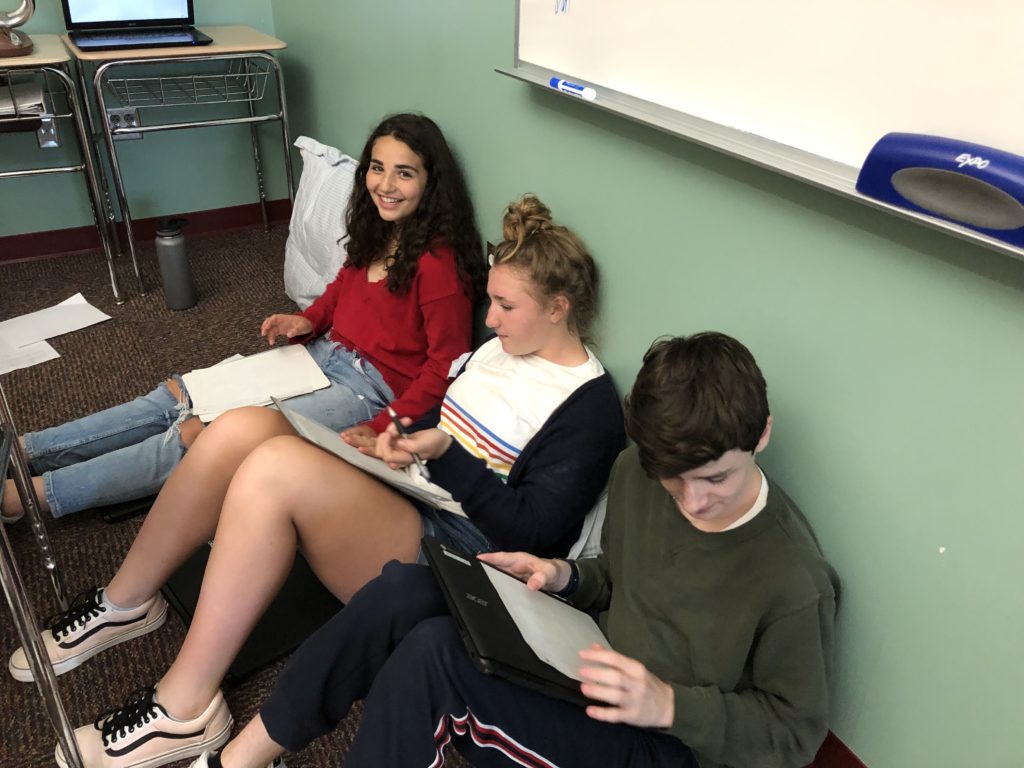 “The Year End Studies program at Monument Valley is a great way for students to be exposed to the real world through an educational process,” according to eighth-grader Maisy Seckler. “We are able to make connections [between] what we are learning in class [and] what employees are doing in [the] work force,” she added. Seckler was one of nine students who chose to pursue Power of the Media. She, along with her peers, had drafted an article prior to Monday’s inaugural meeting and was working diligently to incorporate feedback into expanding her story.

Girona, a seven-year paraprofessional with BHRSD, was at the helm of this particular elective. “This has been the most enriching experience,” she said of YES. “The kids are truly amazing in spirit and energy [and] their drive to produce amazing, thoughtful articles is something that has inspired me to believe that every student has a story deep within that must be told.” Helping to edit and fine-tune student drafts was Mercedes Girona, who “laughed with us, helped edit, encouraged better adjectives and stronger words,” added Theresa Girona. “I couldn’t ask for a better job,” she said, “it suits me to a T.”

Student reactions to the YES program felt overwhelmingly positive. “On top of being informed [about] the process of making and editing a magazine … it is fun and exciting to learn about the steps of becoming a writer,” said Yeung, whose sentiments were echoed by Tyler Sprague: “It was very interesting to be able to not just learn about journalism, but see it in real life.” In addition to my visit on Monday, the students enjoyed a visit on Tuesday from Anastasia Stanmeyer, editor of Berkshire Magazine; on Wednesday, they ventured to Pittsfield, where they were going to tour the printing press at the Berkshire Eagle followed by a Q&A with staff writers. The culmination of their collective work can be found in a website they created to house the stories each wrote and researched. 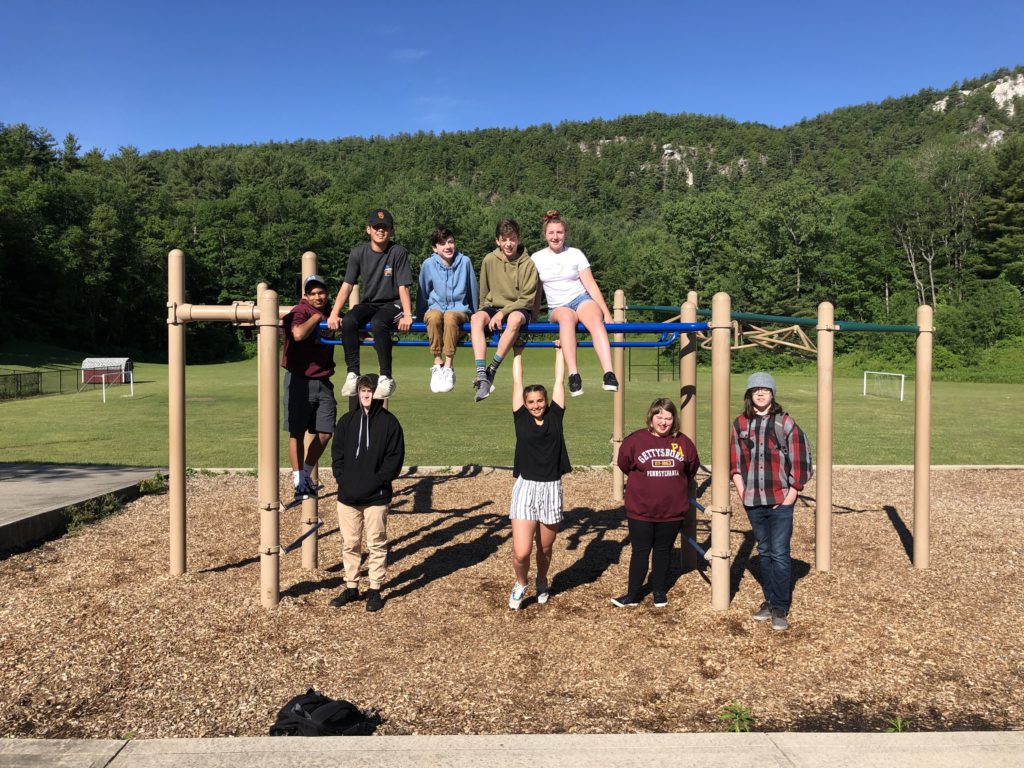 The nine participants in the Power of the Media course at Monument Valley Regional Middle School prior to departing for their June 12 field trip to the Berkshire Eagle. Photo courtesy Berkshire Hills Regional School District

“I liked that the program allowed us to explore topics that we would otherwise not be learning about on a normal school day,” said Shron. “Some students learned about law, and some learned how to babysit. There was a wide range of options for us to choose from, and I just think it’s really cool that we got that opportunity.” And Seckler chimed in on a similar note: “The YES program is a great way to end our eighth-grade year because it allows us to envision our future as we enter high school and life beyond.” Her classmate, Mackenzie Leach, elaborated: “My favorite part of the YES project was getting a chance to work with a different group of students; it was a nice change. I think that this project was very interesting, and I picked up on some writing skills that I wouldn’t have learned in a traditional class setting,” she said, citing another merit of this seemingly unconventional end to the school year. “This was a fun and different way to end the year, and [I] continued learning right up until basically the last day of school.”