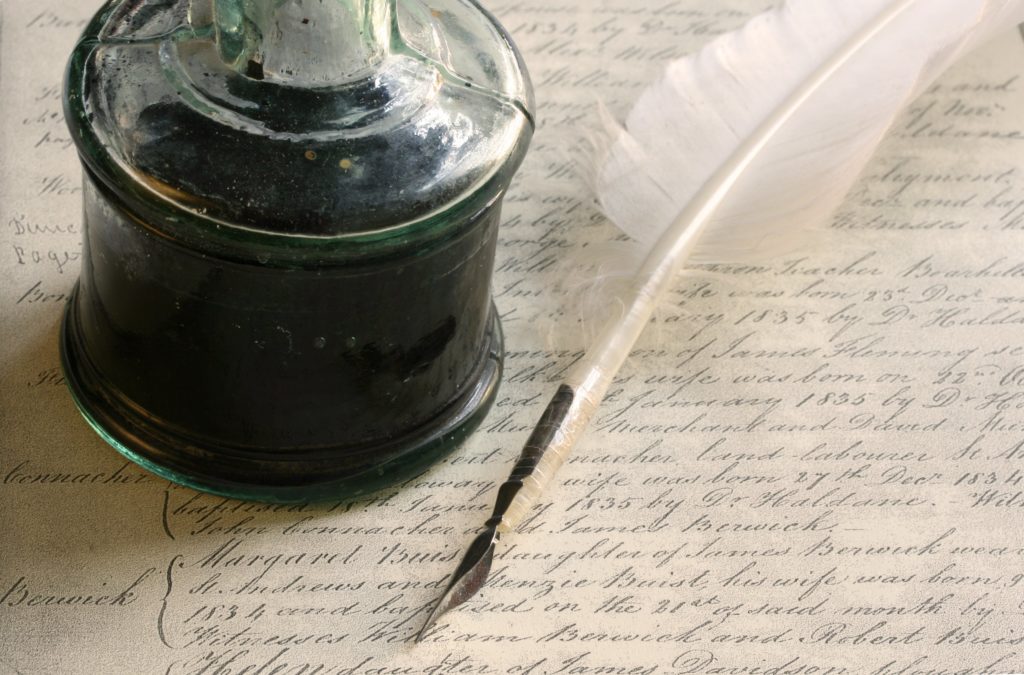 Housatonic — I recently sat down with my friend and writing and teaching colleague Jayne Benjulian, a fairly recent transplant to Housatonic, about her plans for an innovative writing workshop she’s holding at the new St. James Place in Great Barrington. Jayne Benjulian is the author of Five Sextillion Atoms, published by Saddle Road Press in 2016. Her poems and essays have appeared in Agni, The Cortland Review, Barrow Street, Nimrod, Poetry Daily and Women’s Review of Books, among others. She holds an MFA from the Warren Wilson Program for Writers. Having taken several traditional writing workshops myself, in and out of school, I was curious to learn more about her background and how she arrived at her approach. 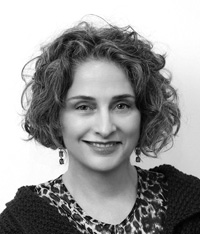 Sheela: What did you do in your former life before you moved to the Berkshires?

Jayne: I was chief speechwriter at Apple, and spent a couple of decades in Silicon Valley. I left Apple to write more of my own work, and also taught and worked in theater, as a dramaturg, eventually becoming Director of New Play Development at Magic Theatre in San Francisco. One of the skills that I developed there I apply directly to my teaching. Ask questions. Questions are the most powerful tool in dramaturgy.

S: Can you define ‘dramaturgy’?

J: Dramaturgs help realize the playwright’s and director’s visions of the play, but primarily, and always, the playwright’s. So I might sit in an audience and think about how the play is working, from all angles. The lighting, costumes, text, movements. Then I might sit with the director and ask her questions. For example, “Do you mean for Jean to look fairly androgynous or masculine in that scene?” That kind of question leads the director to consider costume choices in that scene. Questions are meant to help the creative person focus on what she wants to achieve. They are directive only in so far as they direct the creative person’s attention to something specific, but they are not prescriptive.

In the typical workshop model, you read your work and everyone tells you what they think you should do. Maybe the mentor goes last, so she doesn’t influence things. It occurred to me that it might be more beneficial to the writer to ask questions, so she can understand what she’s communicating to the reader, and discern what she wants to communicate. The writer also asks questions of her own work. I teach writers to develop skill in asking useful questions — about their own work and the work they are reading. When I am stuck in my own work, I generate a series of questions. It’s not a workshop where the writer is silent and takes notes.

It is also important to note that it’s typical for each writer in a group to have a different level of experience in talking about another writer’s work. Therefore, it might be more beneficial for a writer to hear what each reader’s questions are rather than hear what each writer in the workshop thinks the writer should do with her work. The writer is in the business of making discoveries, and whatever we can do to help her make those discoveries is fruitful. But the writer must surprise herself — go somewhere she didn’t know she was going to go. Frost said something like No surprise for the writer, no surprise for the reader. It’s true in every genre.

A student has hired me to teach her, and I like to do that in the communal setting, but also one-on-one where I might say some things that I want only the writer to hear. I’m limiting this course to only eight students so everyone gets a big chunk of time to talk about their own work.

S: Are you anticipating that students will bring in ongoing pieces, or is it more generative? 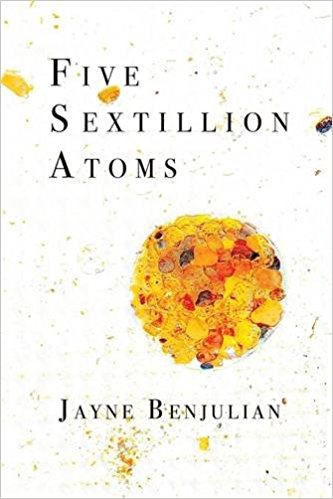 J: About one quarter of the workshop will be generative, and there will be assignments every week. But the common thread among students is seriousness of purpose. I’m expecting a writer will either bring her own work, or begin generating new things. If someone is working on her own project, she gets to work on that project the whole time. I’m asking people to screen themselves, for, again, seriousness of purpose.

“Have you had a break in your writing, and do you want to use this course to step up?”

What I am hoping is that everyone wants to elevate the level of their craft. I’m looking for writers who don’t see their poetry or prose as a product, but see writing as a long process — people who want their writing to be more accomplished. And of course each writer defines “accomplished” for herself. I’m also looking for generous writers who want to listen to other people’s work and who want to learn from each other.

J: Performance is part of every workshop I teach. Last year I taught a workshop in monologue, and we performed at Fuel. For the culmination of this course, we will give a performance at St. James Place, inviting the public to listen to our work in progress. I love to hear writers do justice to their work, and many don’t. In this workshop we’re going to practice reading to each other for eight weeks, and by the time we rehearse for a public reading, participants will be comfortable — they’ll be eager — to present their work.

Strong presentation and reading skill is not a matter of extreme drama or exaggerated pronunciation or emphasis on line break but on telling a story to your audience. No need to shout or wave your arms around or exercise your face. Reading and performing your own work is a big opportunity for writers to use another communication channel to deliver their art to an audience. Many poets and prose writers I know read work-in-progress to audiences because they want to hear how their language lands: what’s working powerfully and what’s not. And, of course, many of us write for the ear as well as the eye

Last winter, while I was re-reading the Constitution, Bill of Rights and Federalist Papers, it occurred to me that the way to help people understand the Constitution was to ask actors to read it to them. That is how Rock the Constitution came about at the Colonial Theatre on January 21. It was a hugely successful event. Twenty-five hundred people attended. Actors read from the Constitution and writers performed their own monologue. 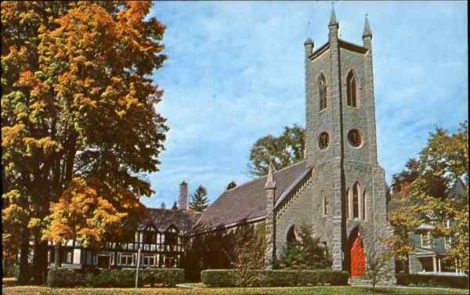 S: How did the collaboration with St. James Place come about? I saw a series of short plays there last winter, and the space was gorgeous.

J: I am going to St. James because I would like to help build the artistic community there. I think it could be a place of great synergy . (Current tenants of St. James are Flying Cloud Institute, People’s Pantry, Berkshire Playwrights Lab, and Berkshire Opera Festival.)

S: It sounds like you have greater ambitions beyond the life of the eight-week workshop.

J: Teaching at St. James is a pilot program, and I may shift genre in future workshops. I’m also working on a panel that would be comprised of a renowned poet and friends, people from the Berkshires, or maybe a well-known prose writer and friends, and all would read their work. Another idea is Berkshire Writers’ Project, which is a collaborative of writers who teach.

S: You call yourself an “arts entrepreneur”?

J: Someone called me that. I can’t help myself from creating opportunities for myself and others to see their work in the context of an artistic community. Being a writer is a lonely business. When you can come together with other artists working in their own fields, it can be fun and invigorating and good for the whole community.

S: What do you tend toward as a poet, in terms of subject matter?

J: I am drawn to the sound of the human voice, the sounds of dialogue, hence the interest in theater. I’m also drawn to silences and gaps, things that are not said. Sub-text. One of the things I teach is that you need to make room for the reader to make discoveries. The art of what’s not said has everything to do with being a poet. In my current book I’m imagining other people’s voices and perspectives.

S: Will poetry be the sole focus of this workshop?

J: We will focus on poetry and also flash prose, which is new to a lot of people. Flash prose is fiction or memoir, or a combination of both, in very short pieces. A novelist friend of mine just published a page long piece of lyrical prose, which is indexed in the journal as a poem. There’s a lot of crossover and experimentation, and I hope people will be encouraged to take baby steps out of the genre they are most comfortable with.

S: What do poetry and flash prose have in common, that you chose to teach them together?

J: I’ve heard over the past few months about a dozen poets reading work that is more like short short fiction or prose poems, using heightened language, and dense, compact prose. I’ve heard colleagues I think of as fiction writers lineating their prose — that is, breaking the line before the margin — and running it down the page. Poets I know are running their line right out to the page’s margin. I think we have a lot to learn from people writing in different genres than we write. I use tools from the playwrights’ toolkit in my teaching for that reason. In plays, there’s so much left unsaid, people talk over each other, people don’t answer questions, people omit, they lie.

S: Tell me a bit about your culminating event that will be open to the public.

J: We will read our work in the lovely east room in St. James Place, the workshop space we’ll be using. The audience will hear works in progress, which can be really exciting.

“8 writers, 8 weeks” will run on Thursday evenings from September 28th to November 16th, and registration information can be found at https://jaynebenjulian.com/8-writers-8-weeks-information/