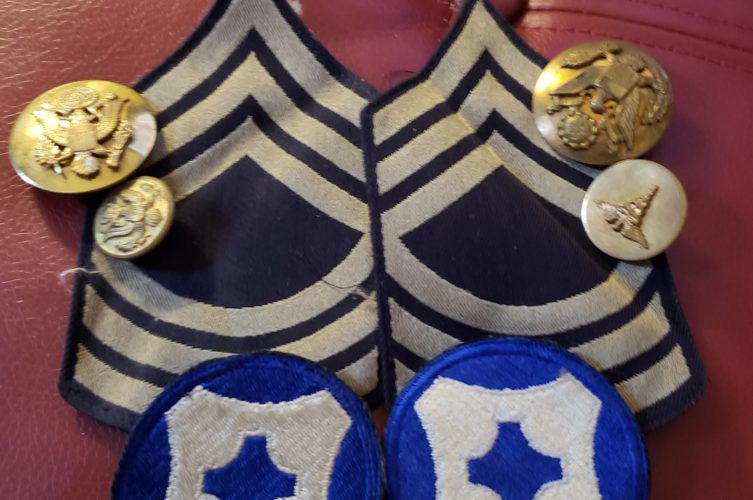 Author’s note: I wrote the following narrative 10 years ago while in grad school about my mom’s experience during World War II. I am sharing it with you now because of the parallels that can be found between life during World War II and today’s COVID-19 pandemic. Both are historically significant, brought on by events beyond individual and global control.

Mary is an 85-year-old woman who was born in the early 1920s after World War I had ended and society was adjusting to post-war days, trying to forget the ravishes of war. During the 1940s, Mary entered the early days of adulthood and was able to enroll in an all-female college, an opportunity afforded only to those who were either smart enough or rich enough to attend. Up to that point, her life had never been disrupted or changed by any outside influences. In fact, she and her family, during the 1930s Great Depression, were able to live their lives as they had planned without being distracted by the financial horrors that surrounded them.

But according to Mary, a life she took for granted changed one day as the community around her came together to fight a war that historically would be called World War II. On Dec. 7, 1941, she woke up at 6:45 a.m. to the distressing sounds coming from the radio. She was startled since she normally did not pay attention to the incipient sounds from this box that sat on top of the kitchen counter. But this morning would be different, and it would be a morning she would always remember. The autonomous life she led would have to be temporarily placed on hold and her free spirit would be swayed by outside forces that would govern her life. It was, of course, the morning of the attack on Pearl Harbor.

Life changed radically as government interventions rationed goods and services for her. No longer was it possible for Mary to wear the nylons she enjoyed so much. She was not able to drive a car unless it was necessary and she could no longer do it alone. She longed for chocolate and missed those cups of coffee she enjoyed during her evenings out with friends.

Mary, a voracious reader and learner, liked to stay up late at night reading. But now the government required her to do it with a little flashlight since the lights had to be out by 9 p.m. She was not even able to gather any light from the moon or stars since heavy curtains were pulled tightly across the windows, as this was done every night to comply with a government mandate. Nevertheless, Mary did try once to sneak a nocturnal look but was met with resistance by the civilian patrol unit that canvassed the neighborhood nightly to make sure that everyone’s curtains were pulled.

For the first time, Mary knew intimately what war was all about as she saw her family and friends leave and some never to return. Those who did return returned not as they had laeft. Her sheltered life was replaced by a life of uncertainty, and the joys of life were rationed by a government she knew little about.

When the war finally came to an end, so did Mary’s studies. Her life had changed but she was able to move forward with her goals, unlike many of her neighbors. This is something she appreciates and has never taken for granted. The war perhaps made her a stronger person because she knows today that the uncertainties of life are just around the corner and that we cannot nurture complacency as she says many do.

As you can gather, during World War II, Americans were asked to do a great deal by the government. Individuals put their country first and didn’t complain that it was inconvenient, even though World War II interrupted lives, dislodged complacency and forced unwanted adaptations — no different from today’s COVID-19 pandemic. There is, though, one huge difference: Today there are too many of us who are balking about what is being asked of us to do. Our defiance is obscuring the reality of what we are faced with. It’s sad that what has evolved from World War II is a society of individuals who won’t take personal responsibility to help their neighbors.

Nevertheless, I can’t emphasize enough that the COVID-19 pandemic is no different from what happened to our country in 1941. During World War II, Americans with much pride adapted their lives to support their country’s effort to protect its citizens. Today we need to adapt our lives during this COVID-19 crisis by wearing masks, social distancing of 6 feet, and washing or sanitizing our hands. What our government is asking us to do is far less than the personal sacrifices made during World War II.

How do we reach those individuals who refuse to make the necessary adaptations to mitigate the virus? For me, it is to continue to write and get my viewpoints published. For others it might be a gentle reminder to a neighbor to wear a mask or the use of social media to advocate for compliance. In any event, whatever you do is worth the time. We can’t give up on our country. Where would we be today if Americans during World War II shrugged their civic responsibilities and said they weren’t going to be inconvenienced? As such, we are also at war but with a virus, and if citizen adaptations aren’t made, many will die, leading to the demise of our country. Let’s follow the patriotism found during World War II. Wear a mask, wash your hands, and stand 6 feet apart from others! To those of you who do comply, thank you! For all others, please comply, comply and comply!