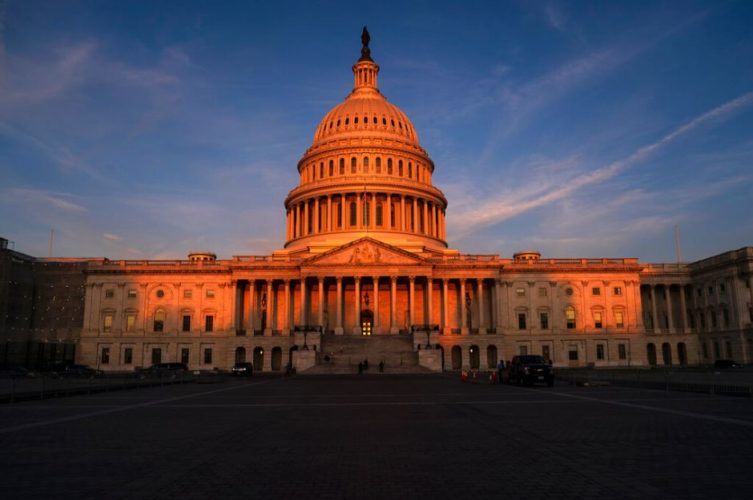 I’ve spent more time on Twitter in the past nine days than I have in the past seven years. So much for a news-dry January. Am I still in shock from the events of January 6? It appears so. Why? I shouldn’t have been shocked, or surprised, or startled or stunned or staggered or stupefied. No one should have been, yet the violence we all witnessed was still, to most of us, totally unthinkable. If we don’t know our history, most of us do have a passing familiarity with Trump’s speeches and tweets over the years. There were some logical conclusions we might have drawn. Such as, he was never going to go quietly.

Donald Trump has been nothing if not predictable. To trace his rhetoric since 2011, when he started pushing the absurd lie that President Obama had been born in Kenya, is to follow an unimaginative pattern that goes over the same ground again and again. He names, insults, and seeks revenge on his enemies.

An enemy was and is, for the most part, anyone who’s mean to him, with a special enmity saved for black and brown people. Barack Obama checked both boxes. We might all have been spared the miseries of the past five years if we could just go back in time and cut two minutes out of then-President Obama speech during his 2011 White House Correspondents’ Dinner, the two minutes he took to mock Donald Trump, sitting stone-faced in the audience.

Adam Gopnik of the New Yorker wrote: “His humiliation was as absolute, and as visible, as any I have ever seen: his head set in place, like a man in a pillory, he barely moved or altered his expression as wave after wave of laughter struck him. There was not a trace of feigning good humor about him, not an ounce of the normal politician’s, or American regular guy’s ‘Hey, good one on me!’ attitude — that thick-skinned cheerfulness that almost all American public people learn, however painfully, to cultivate. No head bobbing or hand-clapping or chin-shaking or sheepish grinning — he sat perfectly still, chin tight, in locked, unmovable rage.”

It was Trump the victim-in-chief for the next decade, and it was hard to tell where he, the victimized man, ended, and America, the victimized country, began. From the day he descended his golden escalator until the day of his inauguration, he spoke of America being laughed at and ripped off by other countries. He warned of violent hordes of rapists and murderers streaming in from Mexico. He established the permanent terms of engagement as us versus them.

From the start, people listened. Many took action. In one of many Trump-inspired acts of violence before he was elected, two men were arrested in 2015 for urinating on and beating a homeless man. “Trump was right,” they said. “All these illegals need to be deported.”

When he came to power, the foreign enemies he’d campaigned against morphed into our fellow Americans. The foes came nearer. Trump became a victim of the lying lamestream media, who’d conspired against him to lie about his landslide vote count, and the size of the crowd at his inauguration. In his first speech that day as leader of the free world, he barely mentioned foreign antagonists and trained his attention inward. Politico summarized: “‘Washington flourished,’ he said. ‘Politicians prospered,’ he said. ‘The establishment protected itself,’ he said. ‘Their victories have not been your victories,’ he said, sketching in his remarks redrawn dividing lines.”

The enemies were the educated elites who had infiltrated all levels of power and influence, and were attempting to destroy our way of life. The fake news media, which was all the media minus Fox News, was “the enemy of the people.” He loved it when his crowds took things to the next level, relishing especially assaults on journalists. (“It’s a beautiful sight,” he said, when a reporter was shoved and abused at one of his rallies.)

As time went on, the cities, states, and districts run and represented by Democratic women turned up more often on the receiving end of his insults and the violence inspired by them. Michigan’s female governor Gretchen Whitmer got an uptick in death threats every time Trump mentioned her name. “Hate-filled extremists” was his preferred term for the four Democratic women who made up “the squad” — Alexandria Ocasio-Cortez, Ilhan Omar, Rashida Tlaib, and Ayanna Pressley — using terminology normally reserved for ISIS or al-Qaeda. He reserved special vitriol for Omar, a Muslim who wears a veil, sparking death threats when he tweeted insults against her.

After one such incident, in April 2019, she released this statement: “Violent rhetoric and all forms of hate speech have no place in our society, much less from our country’s Commander in Chief. We are all Americans. This is endangering lives. It has to stop.”

It did not stop.

On May 29, four days after George Floyd’s murder by a Minneapolis police officer, and in the midst of growing protests against police brutality, Trump said, “When the looting starts, the shooting starts.” In retrospect, this sounds as though Trump were testing the waters, to see if he could signal to law enforcement his permission to open fire at will on American citizens.

So inured to and exhausted were we to the violence of Trump’s verbiage, that by July 4, 2020, when he delivered an ominous speech at Mount Rushmore, we barely registered it.

“…as we meet here tonight,” he intoned, “there is a growing danger that threatens every blessing our ancestors fought so hard for, struggled, they bled to secure …  Angry mobs are trying to tear down statues of our Founders, deface our most sacred memorials, and unleash a wave of violent crime in our cities … They think the American people are weak and soft and submissive. But no, the American people are strong and proud, and they will not allow our country, and all of its values, history, and culture, to be taken from them.”

His Independence Day message was Stop The Steal. Stop black people from stealing white supremacist America away from us.

His election day message was also Stop the Steal, clarifying his former message. Stop black people from exercising their right to vote.

Up until last Wednesday, it was still marginally possible for some to get away with the fiction that Trump was just a buffoon who popped off at the mouth and was, in fact, harmless.

“What’s the harm in humoring him?” went the Republican line since November 3.

Lots of other powerful entities had taken the same “What’s the harm?” tack, for years, failing to take him to task for his anti-democratic behaviors or rhetoric.

It took a full-on armed assault on the Capitol, and five deaths, to get them to see the harm. A parasite is “an organism that lives on or in a host organism and gets its food from or at the expense of its host.” Donald Trump is a parasite, and We The People are his host organism. The harm in humoring him is the same harm that’s done by feeding a parasite. It does what any organism does when you feed it. It grows. It accumulates energy and power.

Politicians who say the violent insurrection of January 6 “isn’t us” would like us to pretend we hear and see no evil. Well, cat’s out of that bag. We all saw and heard the evil, and it is us. Stop the Steal is us. The Confederate flag is us. Camp Auschwitz is us. “Hang Mike Pence!” is us. Dragging a police officer down steps and stabbing him with flag poles is, sadly, us.

There is nothing better in store for us minus a full reckoning, one that will have to go far beyond an impeachment trial. If Trump were to be struck down this very day, his erasure from the scene would do nothing to help us heal or bind our wounds. There is a time for every purpose under heaven, and now is not the time to heal or bind up our wounds. We’re not even sure where the tumor is, or its size. The surgery to excise it is somewhere far down the road. I’m hopeful that January 6 pointed us in the general direction of the tumor, and that enough of us now can appreciate its reach, and work to prevent its growth. The first and most difficult step in solving a problem, as any addict will tell you, is acknowledging you have one.

As brand-new Republican Representative Peter Meijer of Michigan said on “The Daily” podcast this very morning: “I believe in forgiveness, but it can’t just be blanket tolerance … Five people are dead, a Capitol police officer was bludgeoned to death with a fire extinguisher. There’s a lot of folks who want to move on, because staying here forces introspection that is painful, and I think that introspection is necessary.”

Let me reiterate — that comment comes from a freshman Republican Congressman from the battleground state of Michigan. Do you feel a little more hopeful now?

I do. I’m also proud of Congress. They were threatened with nooses and zip ties but returned to do The People’s business while the glass was still being swept up, with some congresspeople voting with their conscience, and against the mob that might very well be waiting for them at home. The truth is, we are awful to look at, and also, so awesome. Trump will be gone in five days and, while Trumpism will not be, a new day will undeniably be dawning.

I’ll leave you with a quote from Howard Zinn: “To be hopeful in bad times is not just foolishly romantic. It is based on the fact that human history is a history not only of cruelty, but also of compassion, sacrifice, courage, kindness. What we choose to emphasize in this complex history will determine our lives. If we see only the worst, it destroys our capacity to do something. If we remember those times and places — and there are so many — where people have behaved magnificently, this gives us the energy to act, and at least the possibility of sending this spinning top of a world in a different direction.”