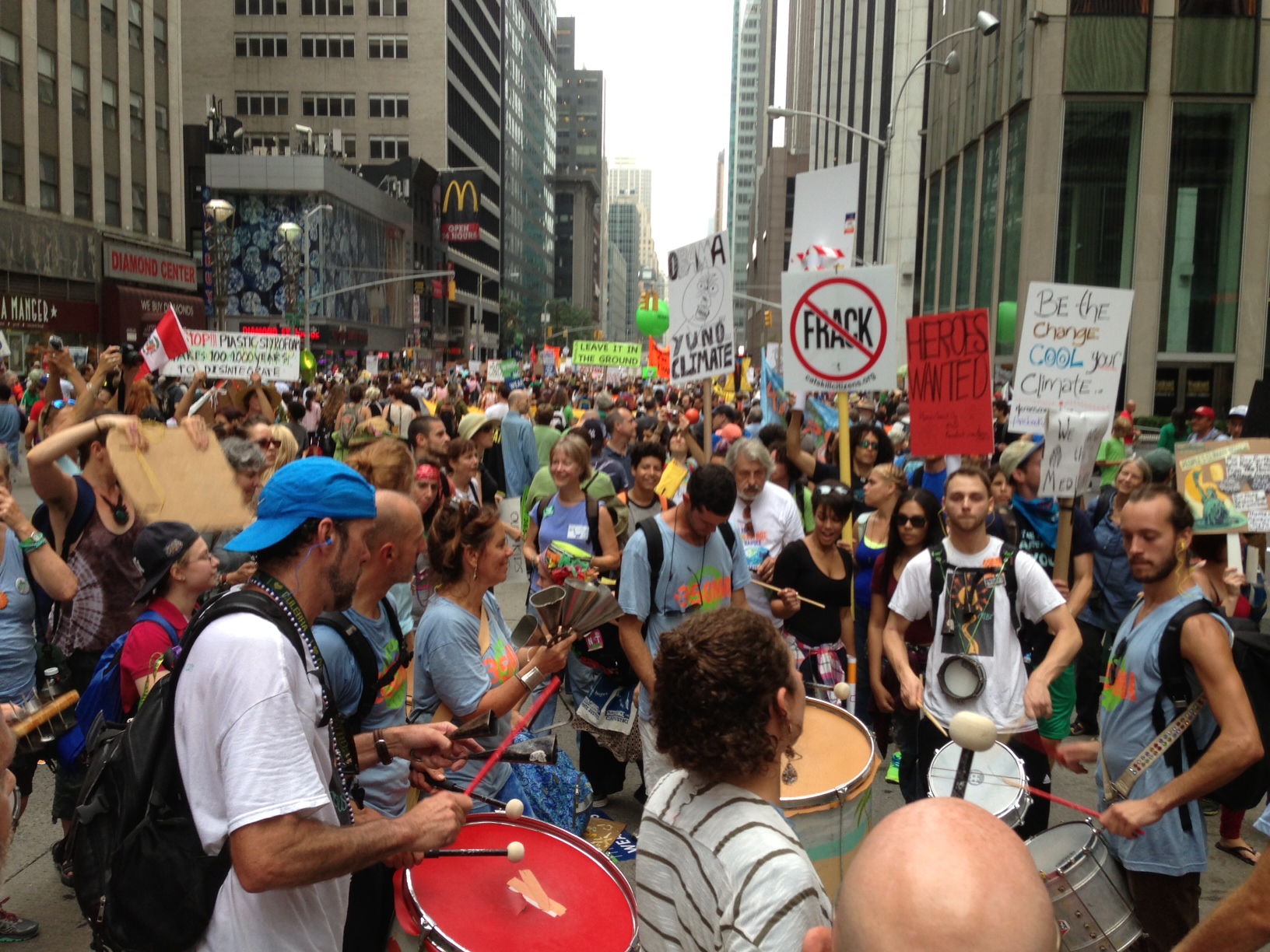 Tomorrow, on April 29, tens of thousands of people will gather in cities across the country in the latest installment of the People’s Climate March. We will be marching in protest of the Trump administration’s antagonistic climate agenda and also in support of grassroots sustainability work grounded in principles of economic, environmental and social justice. Taking to the streets is important, but we need to do more.

In the absence of national leadership addressing the greatest crisis we’ve ever faced, it becomes imperative that states step up to fill the void. Massachusetts is already leading on energy efficiency. Now the Bay State has an opportunity to take the lead on what many experts agree is an essential tool in curbing fossil fuel use – putting a price on these fuels’ carbon pollution.

The state legislature currently has two bills pending that would levy a fee on carbon-based fuels – S.1821 sponsored by Sen. Michael Barrett and H.1726 sponsored by Rep. Jennifer Benson. Barrett’s revenue-neutral bill proposes a charge starting at $10 (per ton of carbon or carbon dioxide equivalent) and increasing by $5 annually up to $40, with all of the revenue returned to residents and businesses. Benson’s bill is similar but has a higher starting charge ($20 per ton) and allocates 20 percent of the revenue toward investments in clean transportation, clean energy, and climate resilience. Collectively, the two bills have garnered 80 co-sponsors amounting to more than one-third of the Legislature.

This is not the first time Beacon Hill legislators have introduced carbon pricing, but it is the first time their proposals have received so much support. Squandering this opportunity is not an option. Massachusetts needs to move forward with these bills.

Ideally, there would be a regional effort to take on a carbon tax, similar to the approach used to initiate the Regional Greenhouse Gas Initiative (RGGI) cap-and-trade program. Each state would still need to enact legislation, but multiple states would be doing so at roughly the same time. In addition to Connecticut and Rhode Island, the neighboring states of New York, New Hampshire, and Vermont are also considering carbon fee proposals. Should Massachusetts step up and lead on the issue, it could very well spark surrounding states to follow, particularly our neighbors to the south.

Carbon pricing is a sensible, straightforward approach to addressing fossil fuel emissions. It has gained support across the political spectrum, with endorsers ranging from Al Gore and former President Barack Obama to conservative luminaries Henry Paulson,Jr. and James A. Baker III. Even oil company executives are getting behind it as preferable to regulations.

While a carbon tax cannot by itself solve the climate problem, it is an essential part of the mitigation picture. It can and should work complementary to other policies and incentives like the Renewable Portfolio Standard and clean energy bonds and tax credits.

As a native Bay Stater and a young person, I would love to see my home state take a bold step towards addressing the climate crisis by passing a carbon tax. My generation and those that follow will be paying for the decades of inaction in confronting the climate challenge. We can literally not afford to wait any longer. Massachusetts must lead and it must do so now.