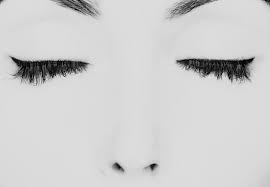 Where have all the dreams gone?

Stockbridge — Have you all noticed? Dreams are disappearing from our lives. They are fading from interest. Might it be that dreams are going the way of other endangered species? Is their disappearance from general interest a symptom in our culture of a turning away from our own nature as well as from nature in general? Are we slowly turning into machines? As evolving machines, is it possible that evidence of an inner world is increasingly insignificant? Are our own dreams a problem in a post-human machine world?

Once upon a time, before we conquered night, before external screens filled our minds, dreams were the main show in the dark of sleep. They filled our sleeping nights and for millennia were thought of as prophetic, magical, significant carriers of important messages from the unknown. Long before science, they showed us how to live, how to die, whom to marry, where to plant, where to hunt, of what and whom to fear. They were the necessary, strange, irrational, illogical, poetic imaginative underside to life in reality.

But that was long ago, and while we still sleep (less and less) and still dream (less and less), our inner screen and its nighttime adventures pale by comparison to the plentiful and powerful distractions available to us all day and all night long on our external screens — movies, TV, computers, Internet, smart phones.

At about the same time, at the end of the 19th century, in Vienna, that Sigmund Freud was writing his greatest book: “The Interpretation of Dreams” and thus giving birth to an entire new field — psychoanalysis — that would flourish in the 20th century, the Lumière Brothers, August and Louis, were creating and showing dozens of short films in darkened rooms in Paris, thus bringing a technological version of dreams to an eager paying audience. Freud and the Lumières were bringing the ancient mysteries of dreams to the 20th century, one through a method of psychological investigation and treatment, the other through technological invention.

While both inventions, at first, seemed to be deeply interested in dreams (one on the couch, the other in putting dreams on film), they both transformed the dream experience into one of their own making, and dreams as dreams were left in the dust. Dreams and their unconscious meanings are no longer the main issue in psychoanalysis. And film has eclipsed dreams in the minds of millions of paying customers. But dreams still exist, i.e., we still dream. They still show an extraordinary underside to the concerns of our waking minds. And how we regard them still matters.

While dreams are no longer the central concern of dynamic psychotherapy, the opportunity to take time out, in psychotherapy, in our too busy and too information-saturated lives, to talk together about our dream lives is often a healing possibility. Timeout from our headlong plunge into machine-life might give us a chance, before it’s too late, to savor the amazing and creative and at times scary inner unconscious mind.

Every night, we create and live out adventures in our inner mind. No external screen, no smart phone, no fee necessary. It is in our own natural or god-given ability.

Hope you have a good dream tonight.