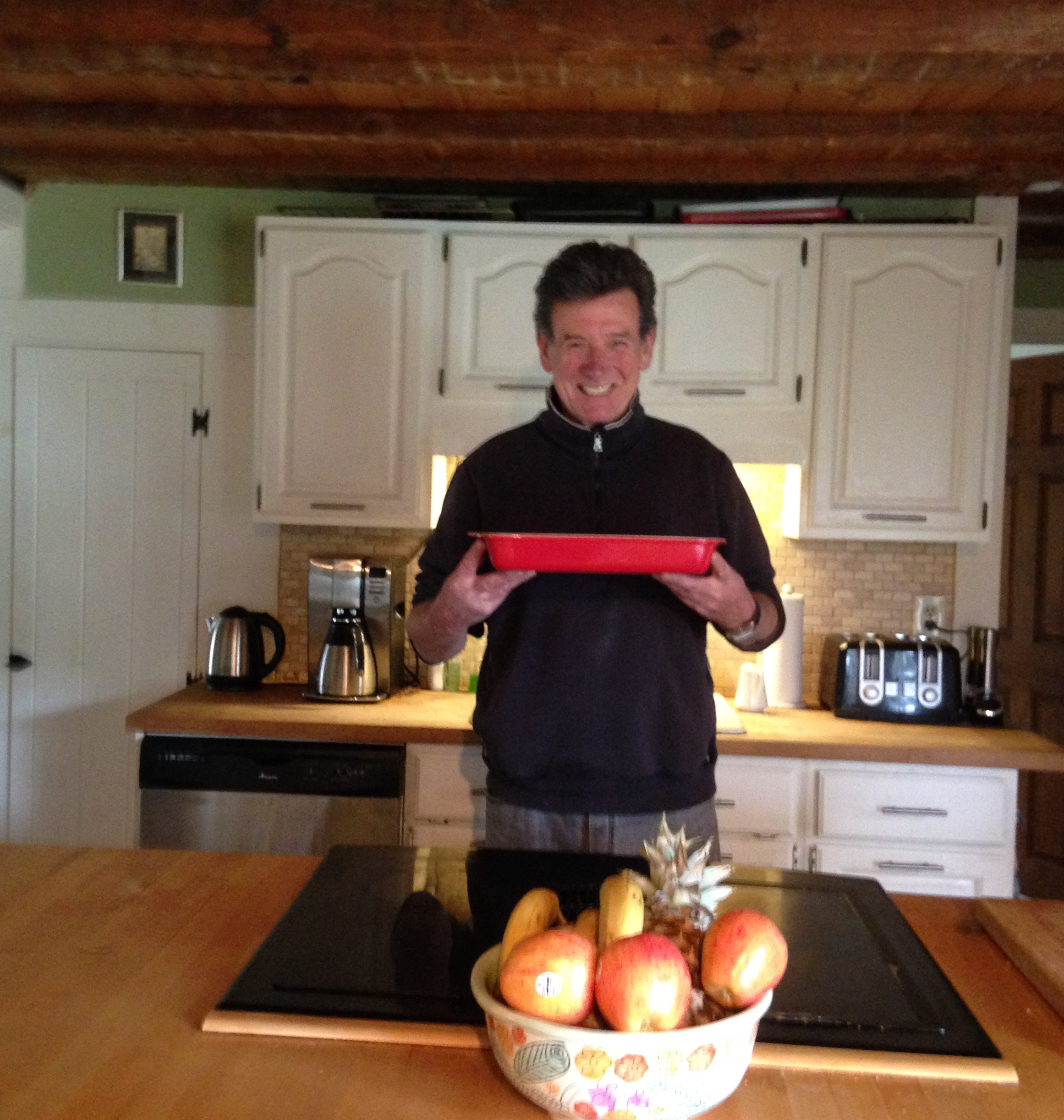 Sheffield — This week’s recipe comes from James Warwick, an English actor and director who has made his home in the Berkshires for almost twenty years. Warwick trained at the London University/Royal Central School of Speech and Drama. He spent much of his early career in English regional theatre learning his craft. Subsequently, he played several leading roles in London’s West End, and starred in many filmed series for BBC Television and PBS Masterpiece Theatre.

In 1995, Warwick toured America as Arthur in “Camelot,” followed by the role of Sir Robert Chiltern in “An Ideal Husband” on Broadway. He has been a resident theatre director in America since 1997, and now has many regional and New York City productions to his credit.

The demands of his career kept Warwick away from home for weeks, if not months. “I couldn’t live on spring rolls from nearby delis, so I learned to cook,” he says. Luckily, he turned out to be an intuitive cook, rarely needing a cookbook. His crockpot went on the road with him so he could eat more balanced meals than one typically gets when traveling. “I would fill the crockpot in the morning, and after the show it would be bubbly and warm.”

This week Warwick is directing “The Government Inspector” by Nikolai Gogol at the Daniel Arts Center at Simon’s Rock. The show runs from Thursday evening to Saturday evening, with two performances on Friday. The production is free and open to the public.

The recipe below is called Captain’s Cut of Cod Loin Steak, something Warwick has made for so long that he does not need to refer to the recipe. Not only is it easy to prepare, but it also cooks in the oven for 20 minutes, and voilà! There’s your main course. This recipe will serve two.

Salt and pepper to taste

A firm sprinkling of his “special ingredient,” Stonewall Kitchen’s Lemon Herb Aïoli (about 1/8 cup per piece of fish)

One red pepper and one green pepper, diced

He places the cod steaks at an angle in a 13” baking dish, and then places the diced peppers at opposite ends of the dish, sprinkling them with olive oil.

“I like the color combination of red on one side and green on the other. And angling the fish is better visually. Straight lines are not as interesting as angles. The peppers surround the fish so as not to impair its integrity,” he says.

This has to be one of the fastest entrees to make. And it has the advantage of looking great. The night he cooked it for me, Warwick served the fish with roasted fingerling potatoes, and diced tomatoes — a colorful and tasty supper, whether after a performance or at a more traditional dinner hour.