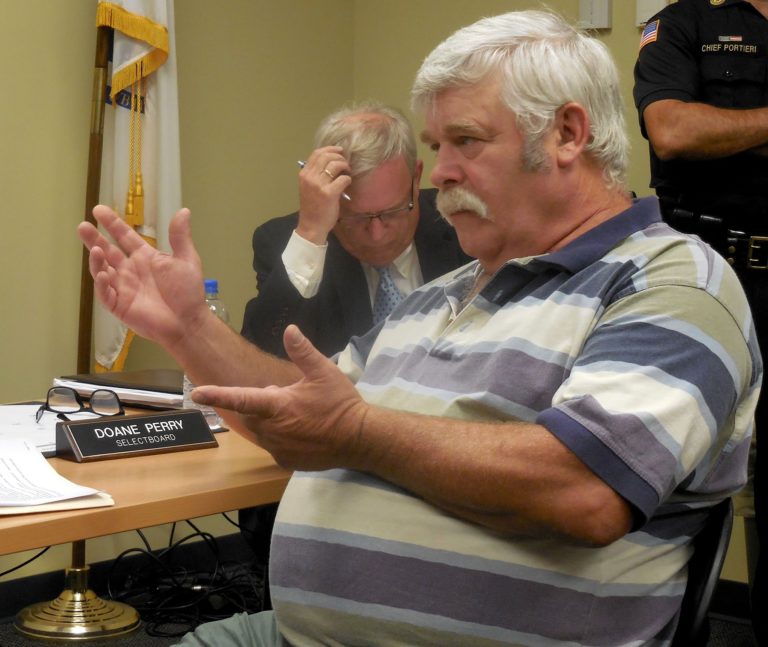 West Stockbridge — A fire chief and former selectman has been fined $5,000 by a state ethics panel for multiple conflict-of-interest violations.

In a disposition agreement announced Monday by the State Ethics Commission and approved in a final order, West Stockbridge Fire Chief Peter Skorput agreed to a $5,000 civil payment as the adjudicatory proceeding against him was dismissed.

In the settlement, Skorput admitted, among other things, to violating the state conflict of interest law by continuing to serve as fire chief after his election to the select board; deciding payment amounts for himself, his daughter and his nephew; voting as a select board member to reappoint himself fire chief; and terminating a firefighter who had filed a complaint against him, a news release from the commission stated.

On multiple occasions, the commission found, Skorput violated a provision of the conflict of interest law that prohibits municipal employees from acting officially in matters involving their own financial interests or those of an immediate family member.

As a select board member, Skorput voted in 2013 to reappoint himself fire chief and at various times participated in the board’s review of complaints about his performance as fire chief. As fire chief, Skorput decided the amounts of firefighter incentive payments he and his daughter, who was a firefighter, received. As a select board member, Skorput signed pay warrants for his daughter’s payments, the commission said.

The commission found that in 2016, Skorput “violated the conflict of interest law’s prohibition against public employees using their official positions to secure for themselves valuable unwarranted privileges by using his Fire Chief position to retaliate against a fire lieutenant who complained to the select board about his job performance.” Skorput texted the lieutenant, “Turn in your gear,” and then fired him.

According to the commission, Skorput also “created an unlawful appearance of favoritism and undue influence in the performance of his official duties.” Skorput, decided the firefighter incentive payment amounts for his nephew firefighter and, as a selectman, signed pay warrants for those same incentive payments.

The commission says that state conflict of interest law “requires that when there are circumstances that would cause a reasonable person to think that a public employee would act as a result of favoritism or undue influence in performing his official duties, the public employee may not perform those duties without first publicly disclosing those circumstances.” Skorput made no public disclosures “sufficient to dispel the appearance of favoritism or undue influence before acting officially on these matters,” the commission found.

Finally, the commission said, by continuing to serve as fire chief after being elected to the select board, Skorput violated a provision of the conflict of interest law that prohibited him, while serving as a select board member, from holding another compensated municipal position in the same town. “While the provision includes exemptions, including two for which he was potentially eligible, Skorput failed to meet their requirements,” the commission said.

The allegations against Skorput came to a head last August when recently elected selectman and former firefighter Eric Shimelonis declared in a contentious select board meeting that the embattled fire chief’s lack of leadership and organizational abilities “put the town at risk.”

The meeting was expected to take place in executive session in order “to discuss the discipline or dismissal of, or complaints or charges against [Skorput].” But Skorput quickly waived his right to have the meeting conducted behind closed doors so that about a dozen firefighters could publicly demonstrate their support for him.

At issue was a 2016 report by Municipal Resources, a municipal consulting firm based in Meredith, New Hampshire, that raised serious questions about management and finances in the 12-member fire department. Click here to read MR’s fire services management letter and here to view the administrative review.

The State Ethics Commission subsequently filed an order to show cause, blasting Skorput for allegedly committing “multiple conflict of interest law violations.” At that time, the ethics commission said, should the commission find that Skorput committed the offenses of which he was accused, it was “authorized to impose a civil penalty of up to $10,000 for each violation of … the conflict of interest law, or … the financial disclosure law.”

It looks like Skorput got off relatively easy. In Monday’s settlement, Skorput agreed to pay a total penalty of $5,000 for multiple violations. The select board is meeting Wednesday, March 4, at 6 p.m. On the agenda is a “recap, resolutions and review of the fire department discussion from the previous meeting.” Sources say a discussion of the fate of the fire chief is expected.