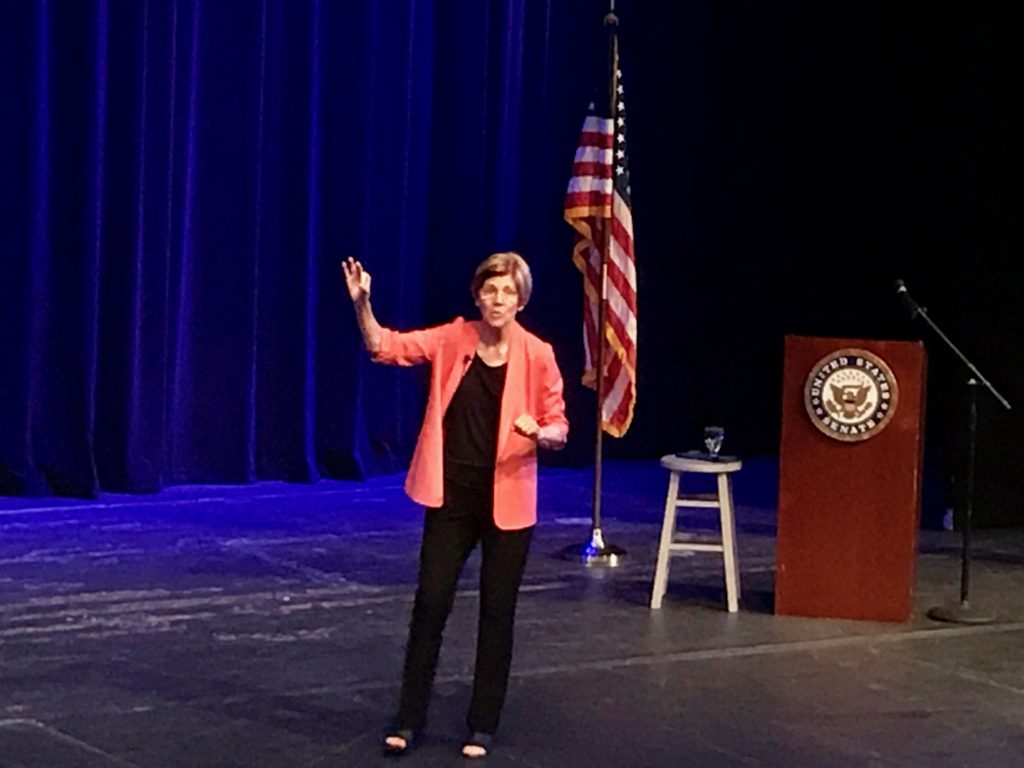 “Warren will take questions from the audience and discuss her work standing up for working families of Massachusetts against powerful corporate interests,” the Warren campaign said in a news release announcing the event.

Warren, a Democrat who turned 69 last month, is up for re-election to a second term this year. She has become a national figure and is one of President Donald Trump’s fiercest critics.

Polls have shown her to be an overwhelming favorite for re-election. Her GOP opponent has yet to be determined. State Rep. Geoff Diehl, R-Whitman; Winchester businessman John Kingston; and Beth Lindstrom, a former chair of the state Republican Party, will square off in a Sept. 4 primary. The winner will face Warren in November.

Warren made a similar appearance in the Berkshires a little more than a year ago at Berkshire Community College in Pittsfield. Click here to read the Edge story and here to view the Edgecast of the event by videographer Ben Hillman.

The event, which is free and open to the public, will take place Sunday, July 22, at the Mahaiwe Performing Arts Center. Doors will open at 1:30 p.m. and the event is scheduled to start and hour later. To RSVP, see the Berkshire Edge calendar.