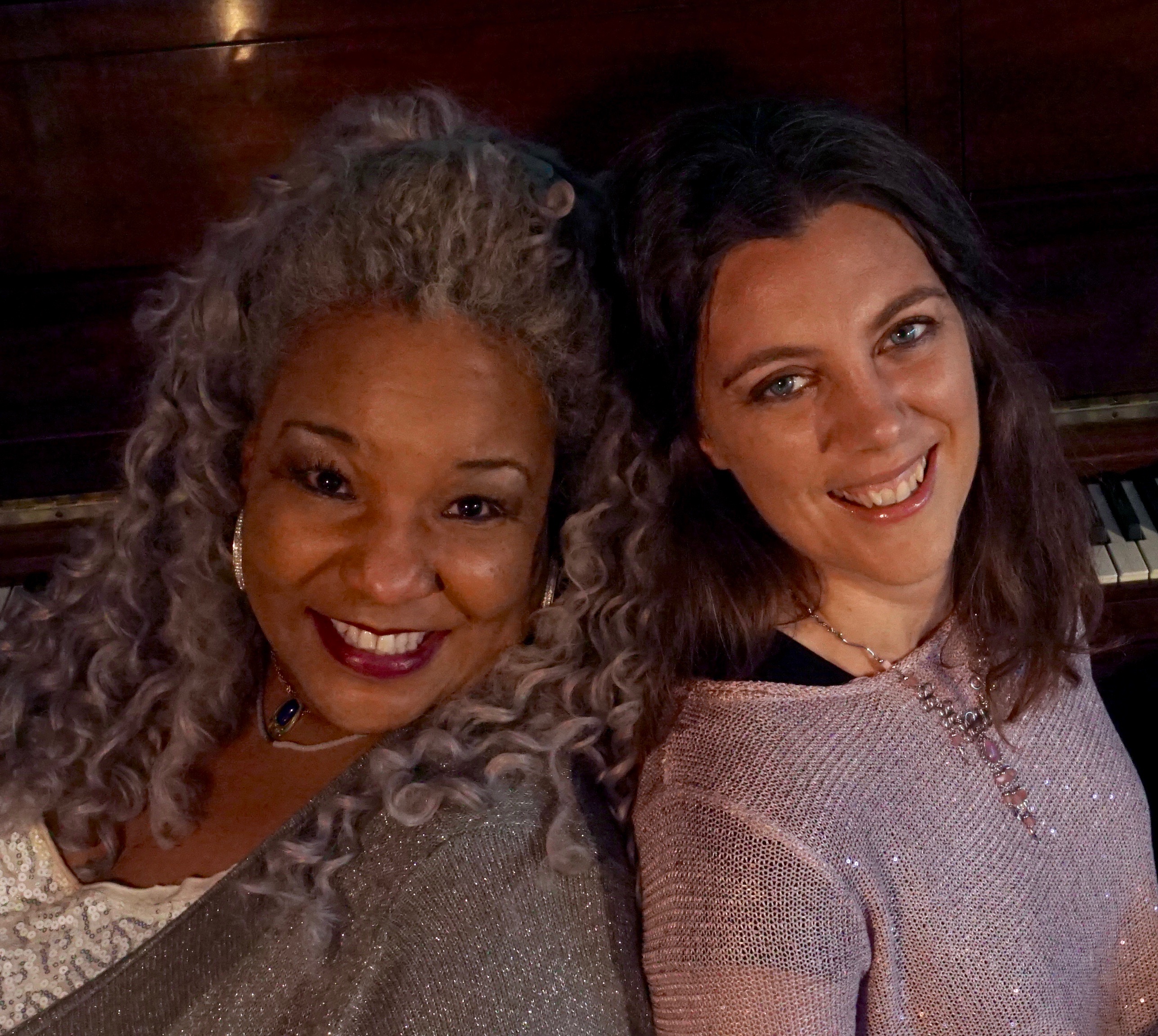 Great Barrington — “You need to get a coaching with Wanda; she’ll help you with your stage presence,” was the advice Great Barrington attorney Sarah Kohrs got from a friend who first heard her sing at the Gypsy Joynt’s open mic night some years back. The reference to Wanda Houston — professional singer, actress, recording artist and vocal coach — set in motion a meeting between the two musicians that was nothing short of synergistic. The pair, who met just over a year ago, will take to the stage at the Mahaiwe Performing Arts Center Friday, Aug. 3, for a one-time-only performance of “Wanda Sings Sarah!”, a spirited evening featuring Kohrs’ original songs arranged by Mark Tuomenoksa, the mutual friend who aligned the stars and made this collaboration possible.

“When you’re on a stage or doing whatever it is that you do, you send it out there and you just don’t know how it’s going to be received, how people are going to take it, and who you are going to affect,” said Houston. “I mean, it has arms that reach beyond your control,” she added, before trailing off. Which, in many ways, is how she and Kohrs both describe their coming together. To say the two hit it off immediately would be an understatement. Their first in-person meeting, which happened at the Gateways Inn in Lenox during the spring of 2017, quickly morphed into weekly rehearsal sessions that began in January. “We talk more than we rehearse,” said Houston of the inherently energetic afternoons punctuated by fits of effusive laughter, wild gesticulation and an uncanny capacity to finish one another’s sentences.

“You rarely find people who are so complementary,” said Tuomenoksa, the local musician, arranger and composer who first heard Kohrs perform in Great Barrington. In fact, he was so impressed by her songs, his immediate thought was that “they’re too good to have been written by someone from around here,” hence his belief Kohrs was singing lesser-known covers of some famous artist. Tuomenoksa, who was schooled at the acclaimed Berklee College of Music, is an accomplished musician who plays saxophone, English horn,  flute, keyboards, bass and guitar. He and Kohrs became friends and collaborators, ultimately forming Tumo-Kohrs Productions, presenters of the Mahaiwe event.

“As iron sharpens iron, so one person sharpens another,” is how Tuomenoska, citing Proverbs 27:17, described the collaboration between Kohrs and Houston. And Houston agreed. “There was so much in common, not just in who we were as people but also how we respond to the world, how we respond to life. It was fascinating, just in that sense, before we had ever heard each other perform,” she gushed. And then came the music. “The first time I heard Sarah perform ‘Annie,’ it made me gasp [so] I couldn’t breathe,” Houston recalled, of the melancholic song describing something so universal that a conversation ensues without much effort. But it’s a second song, “Made Up My Own Mind,” that really seals the deal and addresses the serendipitous energy between these two artists who, for all intents and purposes, were floating around doing their own thing until they collided: “I make up my own mind/I’m sketching my own design/got a power in me that can make galaxies realign” is the line written by Kohrs. As to Houston’s interpretation? “Everything lined up and here we are working on something together. That’s just how the world works, isn’t it?”

“I’m a country girl, so these themes of nature pop up all over my writing,” said Kohrs. “It’s really important to me.” Which, considering Houston’s background growing up in Chicago and being part of the theater, might seem an unlikely fit — not so at all. “It’s always been really important to me — nature — even though I grew up in the city,” Houston explained. “And we connect on that piece,” said Kohrs. In fact, listening to the pair rehearse is like being made privy to an unspoken conversation between the two artists. Kohrs described it as both “being locked into the underlying rhythm of the music” as well as “watching [Wanda] to anticipate her breath.”And from Houston’s perspective? “I like to go from the feeling of it,” she said. “Which, for me, makes it magic.” The audible conversation, on the other hand, sounds like this: “It’s like we almost don’t have to talk, really,” said Houston, stifling a giggle. “But we do ‘cause it’s fun,” retorted Kohrs. “And we can!” added Houston before the two erupted into another fit of laughter—an economy of communication, according to Tuomenoksa.

Kohrs — who was born and raised in Brainard, New York — is a prolific songwriter whose catalogue of original work has grown into the hundreds; her style, often deemed reminiscent of Joni Mitchell and Stephen Sondheim, reflects both a jazz edge and the country flare of her rural roots. Kohrs began singing at the age of 4 and studying classical piano at the age of 7, which led her to the Eastman School of Music.

“When someone enters the arena with me, a playmate, let’s see what we can build together,” said Kohrs. And then, as if on cue, Houston chimed in: “Putting yourself out there … I’ve not worked with anyone who hasn’t taken me to another place.” And that, at its core, is the synergy that exists between these two artists. “This girl touched something in me differently than anyone else,” said Houston of Kohrs. “It’s the way she puts words together and the way they so completely, in such a few words, describe an entire emotion. That’s the brilliance of what [she] does.”

As for that long-ago suggestion that Kohrs needed coaching on her stage presence? “Stage presence is not something you can really teach, you have to do it,” said Houston. “Presence comes from doing it,” she added. As luck would have it, Kohrs has been doing it, from New York to New Orleans and everywhere in between. The duo’s hard-hitting performance — one marked by the collision of Houston’s jazz edge with Kohrs’ country flare — creates playful, lively and penetrating interpretations of Kohrs’ original songs. With the Mahaiwe as their canvas and their voices as their brushes, the two paint a unique world for each work, exploring the rich colors, lush textures and emotional intensity inherent in the songs themselves. Joining them on stage will be Fran Tokarz on bass; David Ross on drums; Tuomenoksa on keys; Aaron Dean, Don Davis and Kyle Murray on saxophone; and Jaane Doe on flute. Baxter Keller will be on lights and Gary Tash on sound.

To purchase tickets for this one-time performance of “Wanda Sings Sarah!” on Friday, Aug. 3, 2018, at 7:30 p.m., see the Berkshire Edge calendar or contact The Mahaiwe box office.