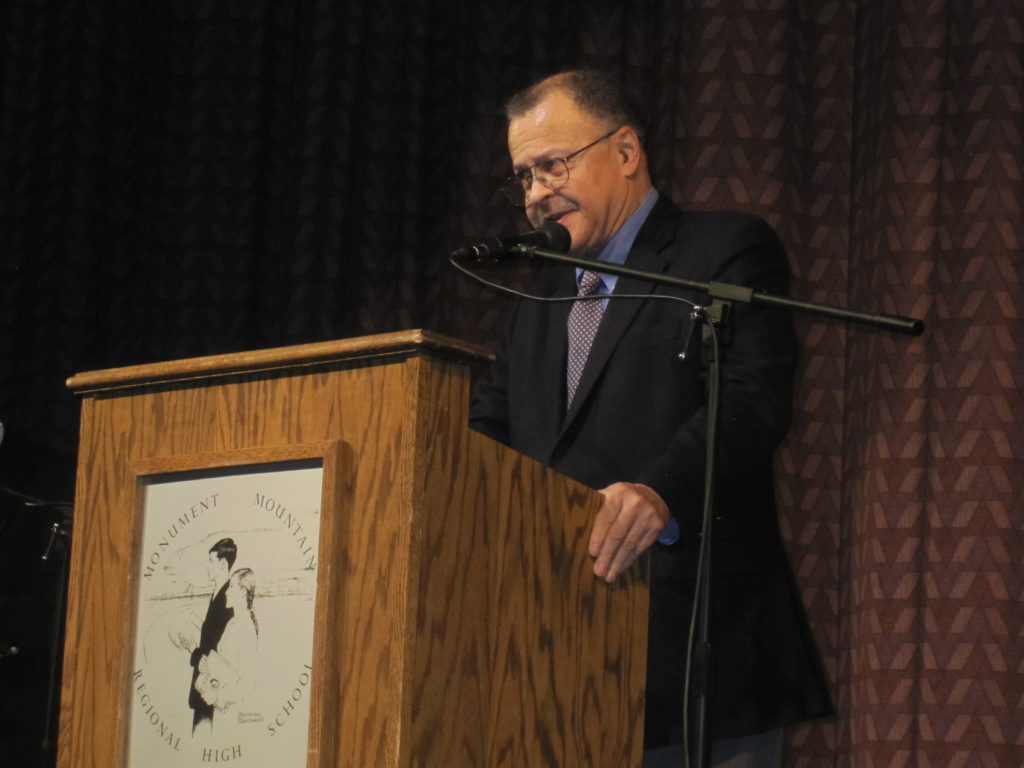 Great Barrington — Great Barrington’s longstanding quandary over how to regard its most famous and most complex native son took another step forward Thursday (April 28) when Monument Mountain Regional High School launched the W.E.B. Du Bois Educational Series featuring a keynote address by one of the nation’s leading historians.

David Levering Lewis, a distinguished professor of history at New York University and winner of two Pulitzer Prizes for his massive biography of William Edward Burghardt Du Bois (1868-1963), said it’s time for his hometown to recognize Du Bois as “its Leonardo Da Vinci,” and get past the enmity of the McCarthy era when he was persecuted for his communist sympathies and driven out of the country to self-imposed exile in Ghana. 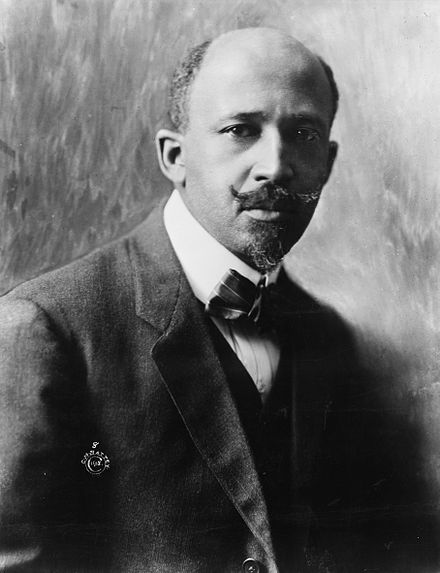 Born here, five years after Lincoln’s Emancipation Proclamation, to a mother who became disabled after his father deserted the family, young Willie Du Bois somehow rose above his impoverished roots as one of the town’s few black residents to become a star pupil in the new public school and beyond. He went on to win glory as a scholar, published many noted works, became one of America’s towering public intellectuals, and was a key founder of the modern civil rights movement and the Pan African movement. His success story represents one of one of the great testaments to the promise of public education in American history. Yet his independent nature and relentless criticism of racism and capitalist exploitation often put him at odds with the established order.

Speaking before an audience of about 200 persons, Dr. Lewis said he found it passing strange that the town had chosen to name its public schools on a muddy brook and “a geological formation rather than on Du Bois, who was a mountain of a man in his own right.”

He also remarked that with the first black President in office and a self-proclaimed socialist running strong for the Democratic nomination — and all of the road signs announcing Great Barrington as the birthplace of Du Bois, maybe the Cold War unease toward the old man has thawed a bit.

Thursday’s program was inaugurated by discussions between students and faculty at the high school, and an exhibit highlighting the life and works of Du Bois, on loan from W.E.B. Du Bois Library at UMass Amherst, was displayed in the school’s lobby. The evening events included students from Monument Mountain and Pittsfield High School reciting passages and reading their own poems, supervised by the principal and an English teacher. The title of the keynote address was “W.E.B. Du Bois’s Long Road Back to Great Barrington.”