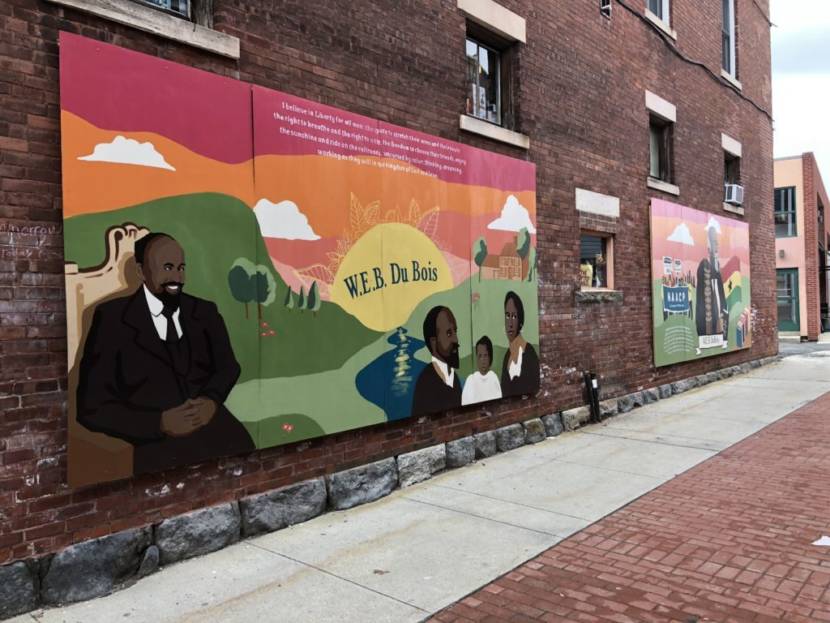 Becket — The history of Jacob’s Pillow dates back to 1790, when the property was first settled by the Carter family. The farm, situated at the pinnacle of the Boston-to-Albany stagecoach route, was purchased by Ted Shawn in 1931 as an artistic retreat. The interim 140-year history is marked by a fascinating fact: The site was once a stop on the Underground Railroad. Today, the organization’s extensive archives tell stories of various cultural groups from around the world — in particular, an extensive history of presenting performers of the African Diaspora since 1942. In fact, a bronze plaque at the Welcome Center denotes the Pillow as a site on the African American Heritage Trail (2007) that commemorates sites in the Upper Housatonic Valley National Heritage Area. This weekend, choreographer Joanna Haigood and Zaccho Dance Theatre will return to the Berkshires for a pair of events — prior to and part of the W.E.B. Du Bois Legacy Festival — as the Pillow joins communities across Berkshire County to celebrate the enduring impact of the Great Barrington-born civil rights leader. 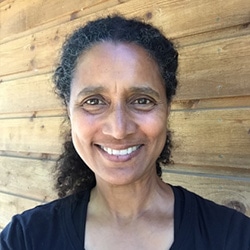 “It’s just been wonderful to see how important and relevant this work is to our community at this time,” said Pamela Tatge, executive and artistic director of Jacob’s Pillow Dance Festival, of Du Bois’ seminal work “The Souls of Black Folk.” His book, published in 1903, conceptualizes what it means to be Black in America. It is also the inspiration behind Haigood’s performance installation of “Between me and the other world,” which will be performed at Simon’s Rock Saturday, Feb. 22. Tatge brought the idea to the Legacy Committee, which, independent of her interest in Haigood’s work, had already selected Du Bois’ book as the foundation of this year’s festival and worked with her to engage multiple partners in developing a week-long residency to perceive the performance. “It’s been intersections in the stars that make us all really excited to collaborate and make something happen for our community,” said Tatge in a recent phone interview. “[Something] that wouldn’t happen unless we all worked together,” she added.

Haigood, a self-described site artist, created and presented “Invisible Wings” at Jacob’s Pillow in 1998 (and returned to present it in 2007); she calls her return to the area this weekend “a homecoming.” I had the chance to speak with her on Thursday, by phone, about the impact not only of W.E.B. Du Bois and his work, but also the opportunity to return to the Berkshires on the 152nd anniversary of his birth. 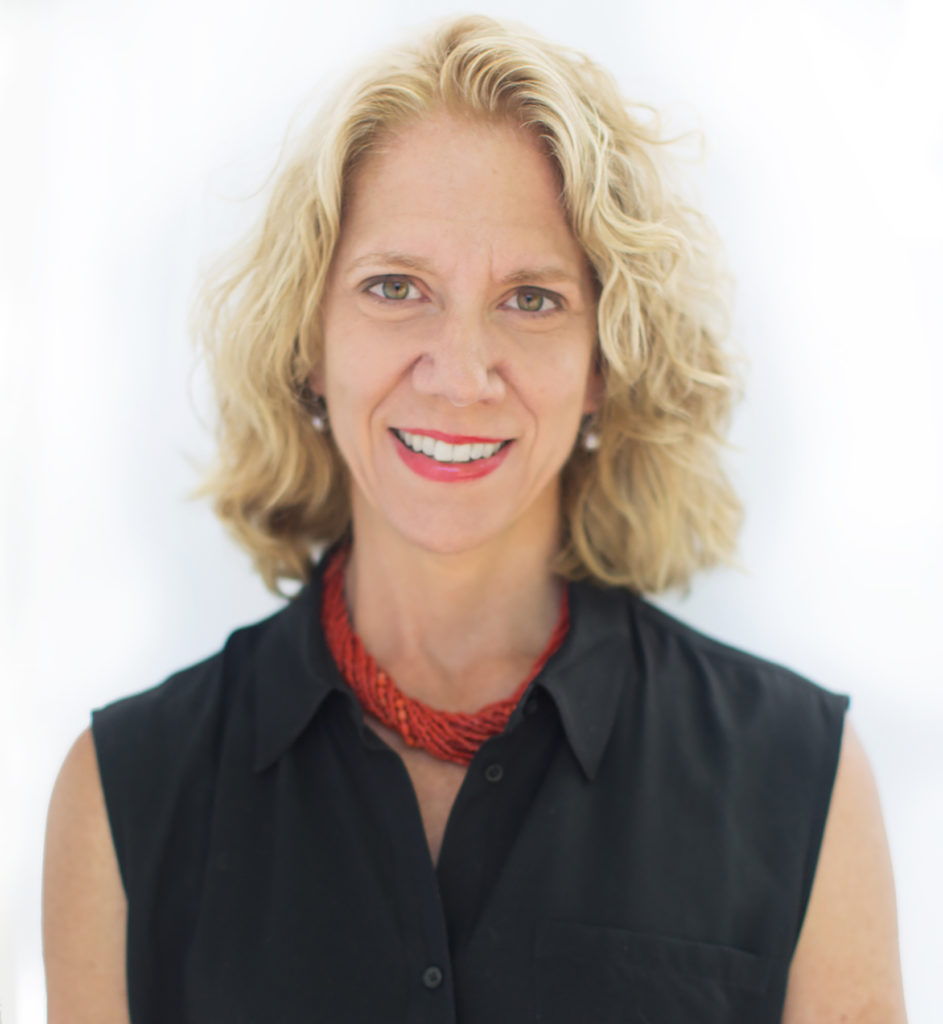 Hannah Van Sickle: How does it feel to bring this work to the birthplace of Du Bois on the eve of his birthdate?
Joanna Haigood: It’s very, very special. Initially, when this piece was conceived, it was the intention that it would be performed in Great Barrington. A longtime mentor of mine, Sam Miller, introduced the idea to me. He brought me to Great Barrington, where the beginnings of an idea — thinking about what it would mean to make a work around Du Bois’ life — [were born]. I was already deeply invested in learning more about Du Bois’ life, particularly after having read “The Souls of Black Folk,” and seeing so much alignment with where we are today, I thought I really wanted to pursue creating this work (which I did in 2013). In the back of my mind it’s always been a dream, even an intention, to find some way to bring this to the Pillow or Great Barrington. [Tatge] was interested in bringing my work to the Pillow, and I suggested this work. There was so much synergy around the idea and this project that here we are! It was really wonderful, and also that there’s been so much progress, so much dialogue, around [Du Bois’] life. There’s been a lot of scholarship and so many people in [and around] Great Barrington really working hard to shed a much bigger light around the extraordinary work of this man. It’s an honor for me to be a part of this event, particularly around [Du Bois’] birthday, to be a part of a celebration that is very meaningful on so many levels.”

HVS: What in particular about “The Souls of Black Folk” continues to speak to a modern audience despite it having been penned nearly 120 years ago?
JH: “The primary thing is the fact that we are still living in a society where our identities are skewed by bias and misperceptions — misconceptions, misunderstanding, prejudice — that are so deeply steeped in our history of slavery. That manifests in so many different ways here in this country, and in the most brutal sense, we see that in the killing of African Americans … [who] are gunned down every day, not necessarily for crimes they’ve committed but innocent people, children. [This is] not at the forefront of the average American’s consciousness. When we talk about gun violence, we are talking about other things — other than what is actually being perpetrated against African Americans in this country. I think this idea of double consciousness — how we must reconcile the two identities that we are burdened with — in this country is at the core of what Du Bois speaks of. It’s very complicated. We also fall prey to belief in these misconceptions; it’s been part of our battle and succeeding beyond the systemic racism and the structural racism that really oppresses us. At the core of what this piece speaks to is how we, as African Americans, prepare for our lives in many different ways: We prepare to leave our homes [not just as individuals]; we actually have to prepare ourselves for how to be Black out in the world, and that sometimes comes with a tremendous amount of pride … and a lot of it is attached to a fear of not coming home at night. There’s also another thing that I think is important to remember, that is a big part of the piece: Regardless of the challenges and extraordinary weight that we live under, we are such an extraordinarily resilient people. We understand the depths of our sorrows but we also understand the depths of our joys, [and] we’ve connected to that joy. We are a cultural phenomenon: We are innovators; we know how to make things from nothing; and we have the genius for making things brilliant. That is what has sustained us: our faith and this resilience. And I think that Du Bois speaks about that beautifully.

HVS: Being at Jacob’s Pillow influenced you; what you do you carry with you today from your time there more than a decade ago?
JH: “There’s been such a generosity … in support of the work I am doing. The Pillow is really dedicated to making the world a better place [and] giving a voice to those who struggle to have a platform. Allowing people to enter difficult discussions supported by the skills of an artist as a facilitator — there’s a very powerful, empathic environment where an artist creates — and Jacob’s Pillow is really dedicated to supporting that process and supporting those dialogues, discussions and discourse. I feel really honored to be part of that entity. “Invisible Wings” continues to be a life-changing experience for many people who were involved in the project. And I do believe it opened a very important part of the Pillow’s history beyond the amazing work that Ted Shawn created there. It’s a very special place. I always say that the moment when I was discovering that it had been a station on the Underground Railroad, I was feeling that it was a sanctuary, and I think it remains that. It’s a safe place for people to be, to work out the sometimes difficult but also extraordinarily beautiful parts of what it means to be here on this planet — spiritually, physically and emotionally. And artists from all aesthetics manage to make their way there at some point.

If you’ve not read “The Souls of Black Folk,” you’ve still got time; free copies — secured by Frances Jones-Sneed, Ph.D., Gwendolyn VanSant and Barbara Dean — are available at various locations throughout the county or by emailing rsvp@multiculturalbridge.org while books last. Du Bois, in The Forethought, explains his book’s purpose: “Herein lie buried many things which if read with patience may show the strange meaning of being black here in the dawning of the Twentieth Century. This meaning is not without interest to you, Gentle Reader; for the problem of the Twentieth Century is the problem of the color-line. I pray you, then, receive my little book in all charity, studying my words with me, forgiving mistake and foible for sake of the faith and passion that is in me, and seeking the grain of truth.”

NOTE: Join Haigood Saturday, Feb. 15, from 4 to 6 p.m. at the the Boys & Girls Club of the Berkshires in Pittsfield for “Such is our soul,” a workshop that explores the text of W. E. B. Du Bois and its relevance today. Open to all ages and abilities, no previous experience required, this workshop is offered as part of Discover Pittsfield’s 10×10 Upstreet Arts Festival and is co-sponsored by the NAACP Berkshire County Branch. On Saturday, Feb. 22, as part of the town of Great Barrington’s W.E.B. Du Bois Legacy Festival, Haigood’s Zaccho Dance Theatre comes to Bard College at Simon’s Rock in Great Barrington to present the performance installation “Between me and the other world,” which explores race, identity and Du Bois’ seminal work “The Souls of Black Folk.” Audiences are welcome to move around the space between projections and dancers; rotating performances loop every 30 minutes beginning at 7, 7:30, 8, and 8:30 p.m. There is a pre-show panel at 6 p.m. This performance is free, but reservations are required; the performance contains some violent imagery and parental discretion is advised.