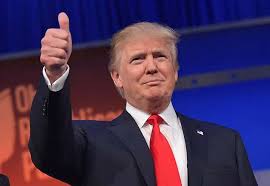 It’s three weeks now since the headline “Trump Triumphs,” and the panic and incredulity have lost some of their charge. Bear in mind: that headline was literally traumatic: I’ll never forget it, can’t forget it, it keeps constantly intruding, uninvited, into my other thoughts. (This is a marker for PTSD.) The bottomless feeling was actually familiar; I knew it from 9/11, from a fatal diagnosis for my partner, from all those deaths in the family. And everyone here seemed to feel the same, except, as it turns out , a very few who actually fell for his act.

Better writers than I have summarized what he did to us all: quite simply, he poured gasoline on the fire, a whole series of fires. No, not gasoline – jet fuel. What kinda rotten kid does that? Racism, xenophobia, paranoia, sexism, Islamophobia, every kinda phobia (read: fear). He exulted when his bonfires drew a crowd, he then goaded the mob, he insulted and lied and pouted and blamed and whined his way to the very center of all our lives. He literally trashed everything in his path.

I now assess the man as mentally ill: what else can you conclude, given his serial, overlapping, overt insanities?

The only nice thing I can say is, and this really is the ONLY thing: he gave hope to many fine people who lacked it — albeit entirely synthetic hope predicated on the cheapest misinformation, fake news, obscene incitements and the most vulgar, embarrassing salesmanship.

Sadly, he also gave hope to some monstrous people. Who think they love him.

And yet: here comes the “normalizing.” The getting used to it. The daily pairing of “Trump” and “President-elect.” The permanent cordon around Trump Tower. The elevation of Biggest Asshole Of Our TIme to “the most powerful job in the world.”

Clearly, the plot of the current episode is to watch how much he walks it all back. “Obamacare – maybe just the good parts!” “Climate change: who knows? “ “Electoral college: not all bad!” And we start to think: “Oh good! He’s a liar — so of course he was lying — even to his voters!” Second-guessing our second- guessing: “After all, he IS from New York. He probably has a gay hairdresser…” The seductive mistake to think he cares about anybody but himself – and his precious “10’s.”

Thus the temptation — to think his constantly talking smack, his murderous threats, his courting Nazis – all just a means to an end! Hey, if that’s what it takes to get us a CEO president — Don’t judge! Who can blame! (Wait, wasn’t Dubya supposed to be a CEO president? The CEO of Edsel, maybe. The CEO of Stupid.)

I had tasked myself repeatedly during the election with an empathy exercise: listen to him AS IF YOU ACTUALLY LIKED HIM. Try to imagine his jibes and insults sounding funny, not vicious. Imagine you want a savior so fucking badly that this orange clown with an eighth-grade vocabulary really feels like The One. Imagine believing ‘something is happening here. Forget the fraudulence, the shocking immaturity, the runaway ADHD, the utter lack of insight, perspective, taste, humility. The total lack of class. Imagine just seeing his big jet is enough. Wow, is it BIG! And he OWNS it! (Actually he doesn’t.)

Well, the upshot of that exercise was this: yes he can be funny in a witless ‘fugeddaboudit’ way; yes he can say what you long to hear (“you wuz robbed”) — and primarily: he loves himself so much, why wouldn’t you?

It’s not that I missed the anger that fueled his rise. I did not. Last year, as I worked the grass-roots to save Searles School, I met a whole lot of people who are sick unto death of the current deal: the runaway inequality, the grinding tax fatigue, the chronic discouragement, the professionalization of government “by the people.” If the people of Great Barrington are permanently hopping mad at Town Hall (and lots of them are) — just imagine how the people of Youngstown, Ohio, feel about Washington D.C. I can. I do.

But for me, that anger felt like an opportunity, a big wave, you could see it coming. Surely the party of the middle class could see it? Surely Hillary could connect, please dear God, just once or twice, just barely enough to get over? Wasn’t it warning enough, when an old man named Bernie rode that wave? And before him, a cabbage patch doll named Sarah Palin rode it. Dubya rode it. Yet the DNC flat-out missed it. But Trump, ah, Trump –- he not only rode the wave, he hung ten, then mooned us. “Unfair!” “Rigged!” “Apologize!” Way to choose, America. Come to think of it, fuckin’ awesome. Dude’s got surfer hair. And a stripper wife.

So now it’s done and we cope, we continue to live and breathe, we share strategies. In my house, a news embargo; cocooning; withdrawal; liquor. Denial, anger, the five stages of grief. Trying not to watch Hillary’s majority climb past 2 million votes. Watching The Donald blanche in the presence of Obama: snigger as he whips up infighting: tweet whenever Jared Kushner is observing Shabbat and not around to stop him.

And those of us who actually do read, who actually can use a computer, who actually do have a filter and a sense of fair play — we must now find ways to live through this interval where yet another Republican rich-kid brat has dramatically lowered the bar and thereby won the game.

Without winning the vote. (Why must we call it “popular?” The vote is the vote.)

Time will tell how much damage this ugly fat fool will do. His track record – just like Dubya’s — is predictive: the damage will be considerable. I mean, honest to Christ: who writes down 900 million in one year, all the while insisting he’s a genius in business.

So much damage is already done. Just ask Atlantic City. Or all those people waiting on their settlement checks from Trump U. Or all the other people he stiffed.

And yet, inevitably, because it is inevitable, we normalize.

Well, I’ve got another idea: normalize this.