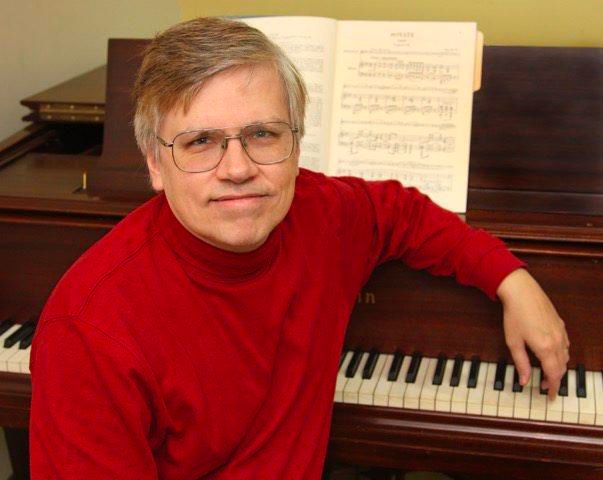 Lenox — Who was the guy a few years ago on the Shed stage playing that insanely difficult piano part for Stravinsky’s “Pétrouchka” with the Boston Symphony Orchestra? (Hint: In his 1976 debut with the Boston Pops Orchestra, he performed George Gershwin’s F major piano concerto.) Stumped? Right. You and everybody else. It was Vytas Baksys, and besides piano, he also plays celeste, harpsichord and harmonium. He’s been working with the BSO for over 30 years, and orchestra insiders call his playing “phenomenal.” He also works with chamber musicians, including the Boston Symphony Chamber Players. Since 1989 he has been the faculty pianist of the Fellowship Conducting Program at Tanglewood, and he is one of four pianists who appeared this summer in recitals of the Tanglewood 2020 Online Festival featuring members of the BSO.

The other three are Randall Hodgkinson, Brett Hodgdon and Jonathan Bass. All four musicians are well-established freelancers in the Boston area, performing every style of music you can think of and several more. Though they all make solo appearances, they are best known to BSO audiences for their collaborative work accompanying soloists and playing in ensembles of various sizes.

Randall Hodgkinson first appeared with the Boston Symphony Orchestra in 1974 playing Leonard Bernstein’s Symphony No. 2, “The Age of Anxiety,” with Bernstein conducting. He has appeared with the orchestra more than 60 times since then, including a performance of Bartók’s Concerto for Two Pianos, Percussion and Orchestra with Seiji Ozawa conducting. Mr. Hodgkinson teaches at New England Conservatory, the Longy School and Boston University.

Jonathan Bass made his BSO debut in 1994 performing George Gershwin’s “Rhapsody in Blue.” As a soloist, he has appeared with the BSO more than 13 times and as accompanist more times than anyone knows, including many with the Boston Symphony Chamber Players. He is a faculty member of New England Conservatory, the Walnut Hill School, and Boston Conservatory at Berklee.

In addition to his work with the BSO, Brett Hodgdon is instructor of vocal literature and diction and director of the opera theater at the University of Connecticut. He is also on the opera coaching faculty of New England Conservatory. He is a regular rehearsal pianist and coach for the Boston Symphony Orchestra and Tanglewood Festival Chorus, but his main Boston gig is serving as rehearsal pianist for Emmanuel Music.

Since they appear neither on the orchestra’s official roster nor as celebrity soloists, these four pianists easily escape notice, which is actually their aim. As Brett Hodgdon says, their role is not to interpret but to follow the soloist’s or conductor’s lead. Thus, as accompanists, they recede into the background when other players take the spotlight. In order for this to happen, though, their performances must be flawless. And so they are.