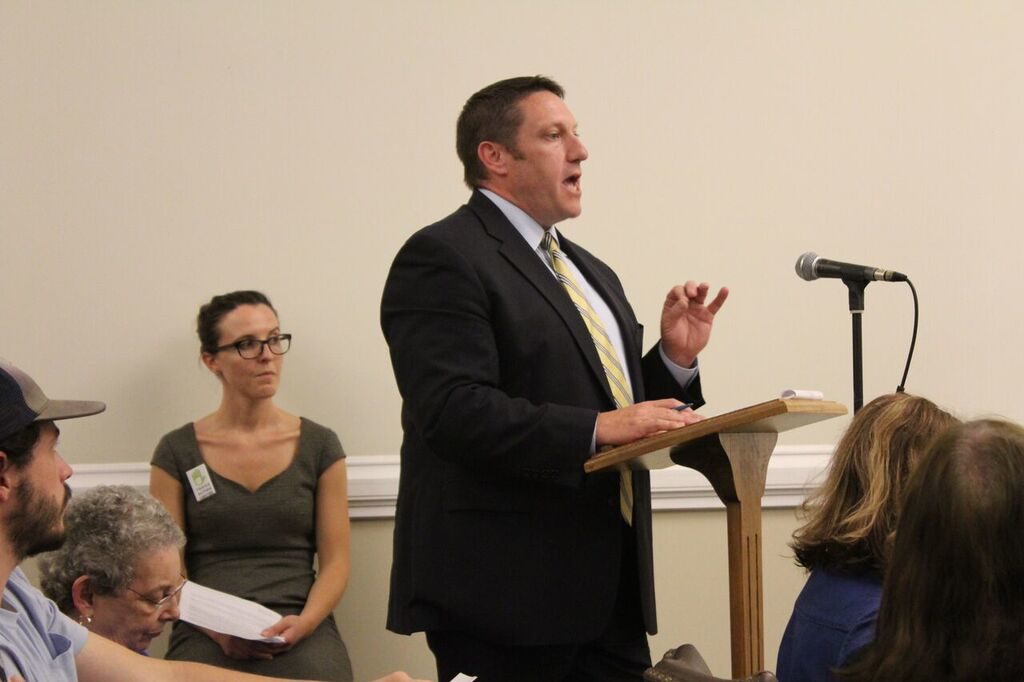 Terry Cowgill
Rich Dohoney, attorney for Marc Fasteau and Anne Fredericks, tells the selectmen he has 'a strong objection' to the board's acceptance of the withdrawal of the airport's application 'without prejudice.'

Under fire, Great Barrington airport throws in the towel; will pursue alternate route to expansion

Great Barrington — It had all the makings of a courtroom drama. An expected showdown between Great Barrington Airport officials and opponents of its expansion plans pretty much fizzled when the applicant withdrew its application for a special permit but opened the door to another avenue of approval.

Lori A. Robbins, the attorney for airport owner Berkshire Aviation, stunned the packed selectmen’s room Monday night (July 10) when during the fifth public hearing for the project, she announced that her client wanted to withdraw its application without prejudice.

The announcement defused a tense situation in which attorney Rich Dohoney, who represents airport opponents Marc Fasteau and Anne Fredericks, was expected to discuss a letter he had sent to the selectmen in which, among other things, he accused airport officials of lying or, as he put it, “grossly” overstating the number of flights per day at the facility “to induce the board to set an artificially high cap on flights per day in the special permit conditions.” But it was not to be, as Robbins’ announcement stunned almost everyone. 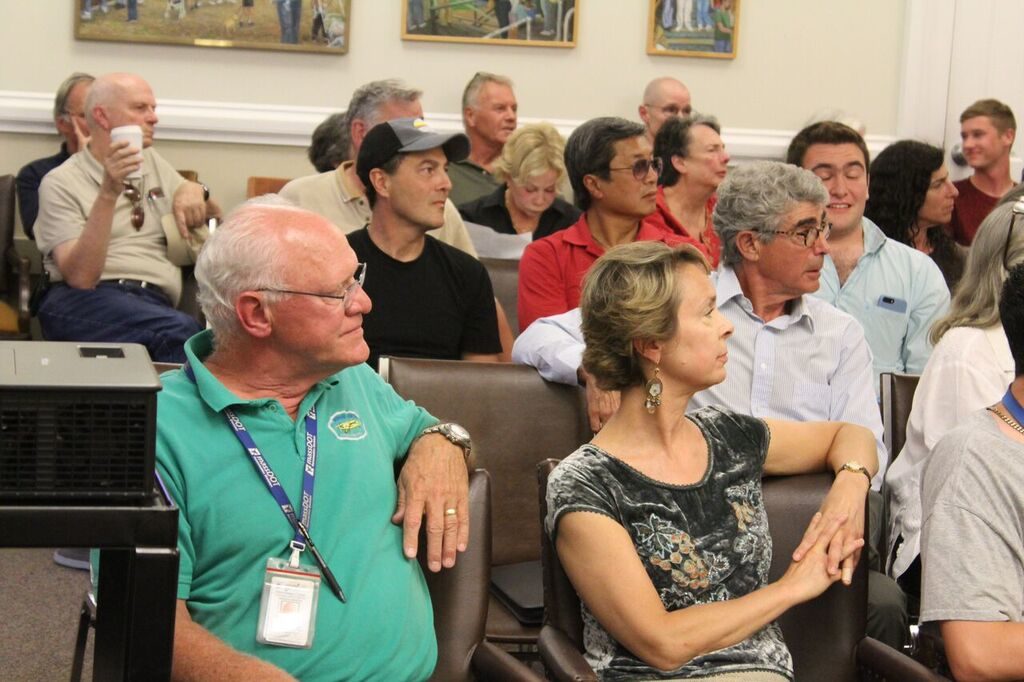 The airport was built before the town established its first zoning code in 1931. It is therefore a pre-existing nonconforming use and the site lies in an aquifer protection zone next to the Green River. Any expansion of a nonconforming use requires a special permit from the Great Barrington Zoning Board of Appeals.

But instead of working through the ZBA, the airport took the unusual step of voluntarily applying to the selectmen after the fact for the aviation-field special permit, which would facilitate the airport’s intention to add the new hangars, and “in order and to quell any concerns about the legal status of use of the property as an airport,” Robbins said at the first hearing.

Robbins acknowledged that “Berkshire Aviation went to great expense … however, notwithstanding that, they have chosen not to proceed with this special permit at this time.” She added that, “We do intend to file an application for a special permit to the ZBA for an expansion of a nonconforming use.”

Selectboard Chairman Sean Stanton told Robbins and airport manager Ken Krentza, “I was hoping that we could have a special permit but I certainly understand your decision.” 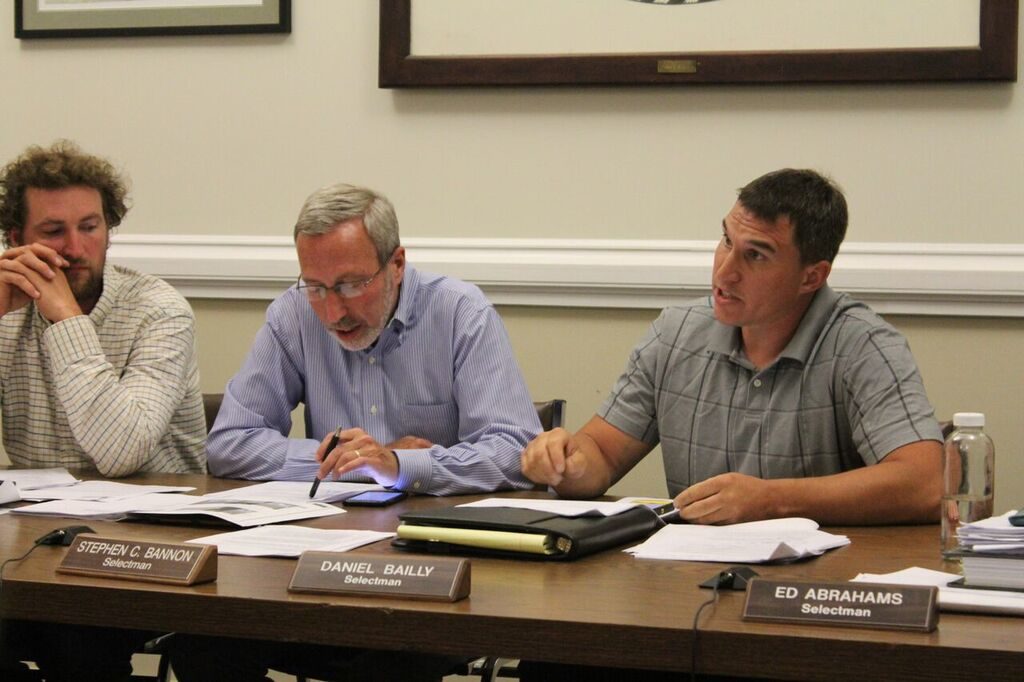 Selectman Dan Bailly suggests there could be other reasons for lead levels detected by airport neighbors. At left are selectmen Sean Stanton and Steve Bannon. Photo: Terry Cowgill

For his part, Krentza seemed exhausted by the process, which started at the end of last year. After Robbins finished explaining why the airport wanted to change strategy, Krentza walked away from the podium and said, “We came to build three hangars and it has turned into a mess.” Then he caught himself and added, “Maybe I’ve said enough.”

Monday’s meeting marked the temporary end of a period of uncertainty in the airport’s quest for the hangars. In May, airport partner Jim Jacobs told the board at another session he wasn’t sure if he wanted to pursue the permit anymore because “we have suffered a lot of abuse … [and] feel beaten down by this permit.”

Before Robbins’ announcement, Krentza presented the board with the results of tests performed at the airport. Some neighbors, including Fasteau and Fredericks, had complained that their wells had tested positive for abnormally high levels of lead and they suggested the airport’s tanks containing leaded aviation fuel were the culprit. Indeed, Fasteau said his tests found “actionable” levels of lead as defined by the U.S. Environmental Protection Agency.

Krentza presented the results of soil tests performed on July 3 by EST Associates of Needham that indicated, he said, “very insignificant amounts of lead,” according to federal standards. The samples were taken from six different sites at the airport, according to EST’s field report. 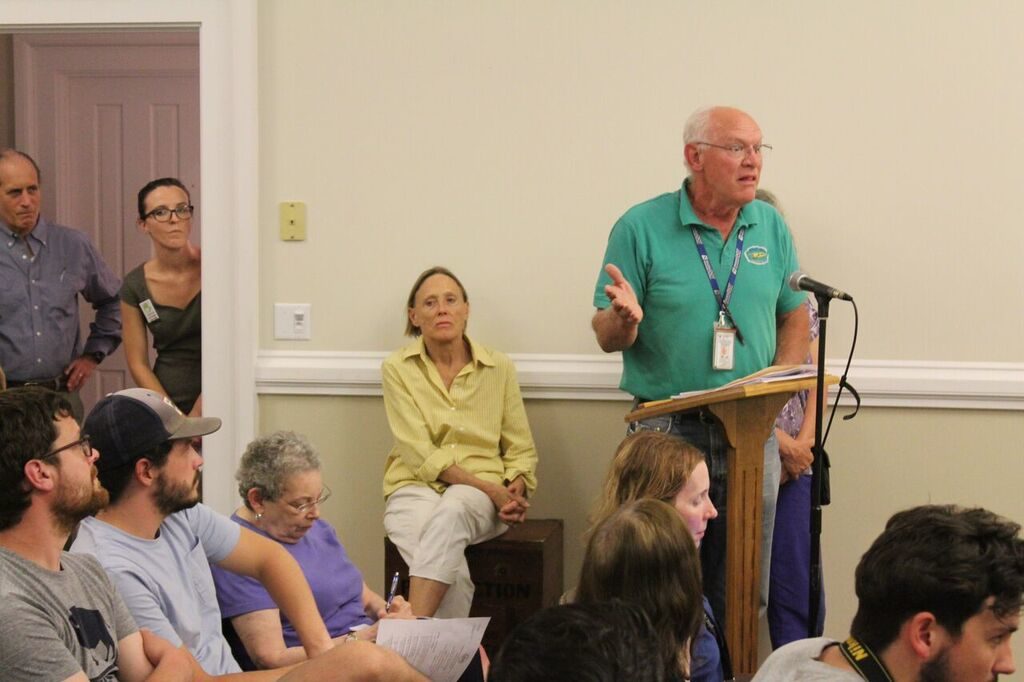 “This puts to rest the idea that the airport is a source of lead in some of the neighbors’ wells,” Krentza said. “I’d like to suggest the airport has been using leaded fuel for almost 80 some-odd years in the exact same location. If there was an accumulation of lead, it would be in that area, not in the surrounding area.”

Neighbors have also complained about noise levels and increased flight frequencies. Airport officials have downplayed the former and insisted there has been no significant increase in traffic over the last few years. Those complaints only surfaced recently when the airport announced its plans for the new hangars, Krentsa has said.

Below is video footage of an aborted landing at the airport on Monday, July 10 around 5 p.m. It will give viewers a sense of the decibel level of a takeoff because the pilot accelerated upon making the decision to abort.

Dohoney, Fasteau’s attorney, said he has “a strong objection” to the board’s acceptance of the withdrawal of the airport’s application without prejudice, which means without any loss or waiver of rights or privileges.

“You have an applicant who came in with an application with little or no thought to the community, forced the community to go through multiple public hearings and have community members hire overly priced lawyers,” said Dohoney, eliciting a few chuckles since his own meter was running.

Dohoney characterized the episode as “an abuse of the process” that “will give rise to the same issues again, all the same drain on staff time … forcing a lot of us to run around and fact check everything.”

Several members of the audience, including neighbors and others who live near the airport, wanted to speak but Stanton waived them off on the grounds that the hearing was now closed and the matter was no longer in front of the board. But during the public comment portion of the meeting, several came forward anyway. 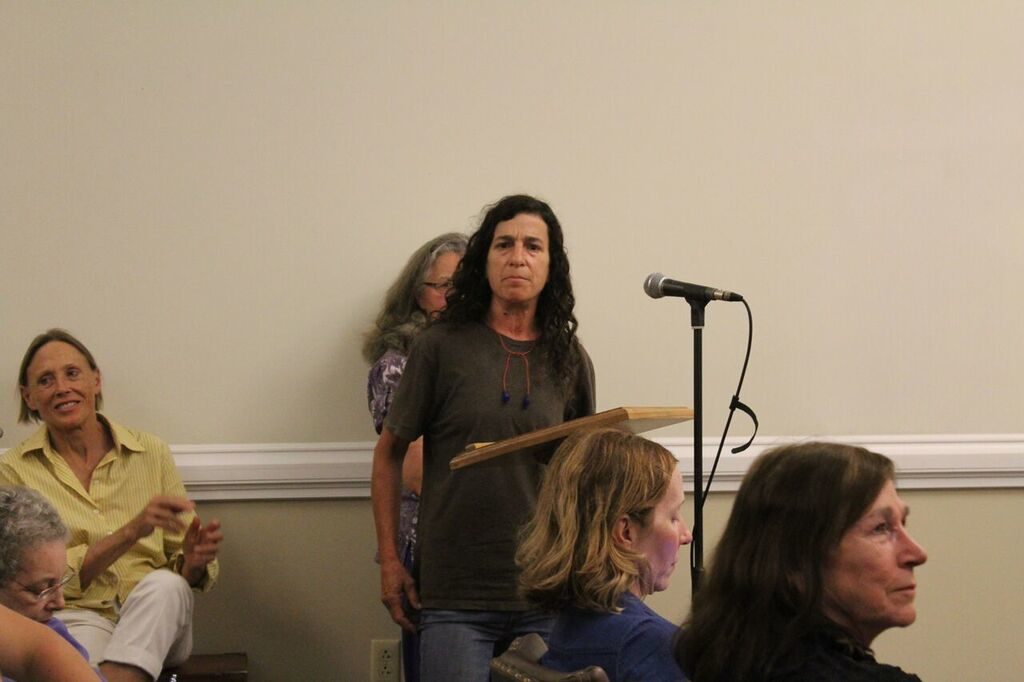 Claudia Shapiro, a neighbor who has sued the airport and the town multiple times, asserted without proof that there was an area of toxic material on the airport grounds and that the town should contact the EPA. She then loudly demanded that this reporter stop taking photographs of her, at which point Stanton rapped his gavel aggressively and told her to walk away from the podium.

Selectman Dan Bailly said elevated lead levels in the wells of the neighbors could have come from a number of sources such as the pipes of the neighbors themselves or perhaps from Shapiro’s own “illegal body shop” that she and husband Danny Bell operate out of their home abutting the airport.

All this begs the question: why the change in strategy? After all, if airport officials still want the three additional hangars, they will have to fight for them again when they apply for another special permit from the ZBA.

Asked after the meeting by The Edge to explain, Robbins said the ZBA route to the new hangars will be much more limited in scope than the application for the permit that was just withdrawn.

Airport officials expected significant conditions to be placed on the special permit by the selectmen. Indeed, the board was mulling over a list of proposed conditions drawn up by town planner Chris Rembold, and Fasteau and Fredericks had their own much more restrictive list.

Robbins said some of those conditions, such as limits on retail activity or on flight school activity or airport operations, would have been unacceptable to Berkshire Aviation. Applying just for the special permit for the hangars would minimize the possibility of significant restrictions, she explained.

“I don’t think Berkshire Aviation ever expected there would be this much opposition,” Robbins told The Edge. “And I don’t think the airport anticipated the kind of hyperbole we heard at the hearings regarding current uses.”

Robbins said her clients would begin the special permit application process before the ZBA “within the next week or so.”

— Gertrude Stein
Read next: ‘Far Away’ at Sharon Playhouse (2): An imaginative dystopia