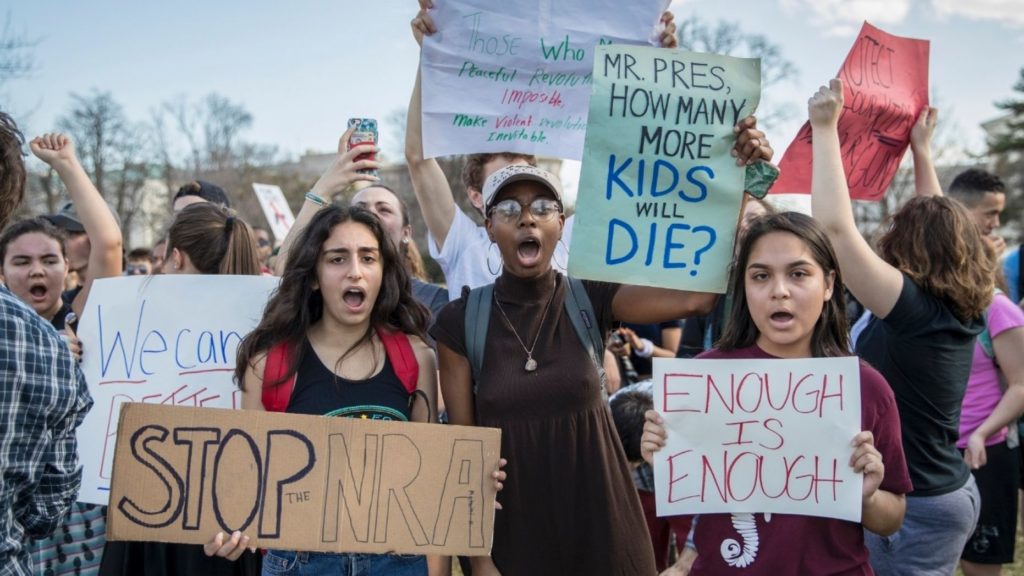 Students from Montgomery County, Md., rally in solidarity with those affected by the shooting at Mary Douglas Stoneman High School in Parkland, Florida. Nearly 200,000 students and faculty are expected to participate in a National School Walkout on March 14. (AP Photo/J. Scott Applewhite)

For anybody who’s wondering if it really might be different this time, if the kids of Parkland might actually beat the gun lobby: the answer is yes. Do not underestimate the power of a children’s march to transform a stalled movement — because it happened once before.

In 1963, Martin Luther King was widely seen as a has-been; the Civil Rights Movement was at a standstill, becalmed. It had been eight long years since Dr. King’s only major victory with Rosa Parks and the Montgomery Bus Boycott. His team was weary and downhearted, desperate really. Then he made the calculated choice to go for broke: to take on Birmingham, at that time the most violent, most racist city in the South. It would become a make-or-break moment for the CRM. 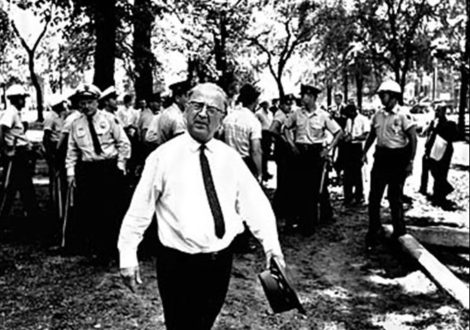 Birmingham, Alabama, was synonymous with segregation, where police commissioner-for-life Bull Connor ruled the streets with his white tank. Attacks on blacks were sanctioned and “unsolved.” The Ku Klux Klan was a shadow government reaching right into City Hall. The city’s unofficial nickname was “Bombingham” – there had been 60 unsolved bombings against blacks. And yet there was ‘nothing to be done.’ Sound familiar?

The despair in Birmingham was so pervasive that for all his efforts, Dr. King came up empty-handed. So he went to jail himself and was put into solitary. Still, no impact.

Enter James Bevel, an intuitive and charismatic young preacher in Dr. King’s orbit who dared to Think Different. His idea was simple: get the kids. Reach out to the youngsters whose bodies and lives weren’t yet deformed by Jim Crow, by brutality, by fear. He started with the cheerleaders, who got the attention of the footballers, who led the student body. A whisper campaign spread from school to school, augmented by black DJ’s and student leaders, and a date was set for a massive walkout: “D-Day.”

Even so, Dr. King said no, and pleaded one last time for adults to carry the torch. But standing in the pulpit, when he asked for volunteers to be be jailed the next day, none stood but the kids. 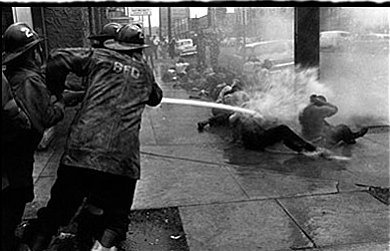 12 noon on May 2, 1963 was an epiphany: arguably the Big Bang moment of the 60s, when thousands of schoolchildren of all ages bolted from their desks, jumping out of windows when necessary, and fled from their schools, flooding downtown to face Bull Connor’s troops and fire trucks in Kelly Ingram Park.

The images from that day are indelible. Most Americans know them: the police dogs ripping at black flesh, the firehoses flushing innocent protesters down the sidewalk end over end. We all know the moment – it’s part of our national id, just as much as the atom bomb, the assassinations, 9/11. What we don’t know, but should, is this: those were kids. Those were high-schoolers knocked flat by water cannons. Those were teenagers and pre-teens who went to jail by the thousands. 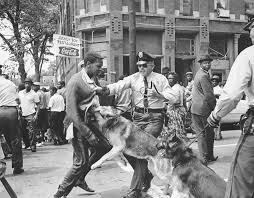 Their courage was immense. Children streamed downtown armed only with toothbrushes, knowing full well they were not going home again anytime soon. They joined hands and danced, taunting the police. They were hauled off in paddy wagons, then school buses, so great were their numbers.

By the third day of the protests, the jails of Birmingham were full, as well as the county fairgrounds – livestock pens filled with children. It began to rain. Parents would come to the fences and throw sandwiches to their babies. They were jailed for days, randomly and “in wholesale numbers.” They kept their spirits up by singing freedom songs – the girls to the boys, then the boys to the girls. 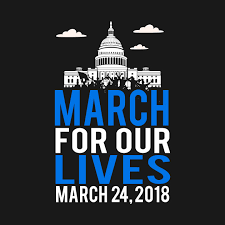 Those kids put their bodies on the line and shamed a nation into finally paying attention. And it worked. The Children’s March broke the back of Birmingham. A seemingly impenetrable fortress of white power cracked and fell apart with astonishing speed. After seven terms in office, Bull Connor was suddenly gone. So was the fear. One month later, President Kennedy went on all three networks to declare an end to segregation. Period.

This is history at its starkest and simplest – a tipping point when the inconceivable becomes the inevitable. This is what happens when young people show us how it’s done — by jumping to their feet and shouting out to the nation: enough is enough.

Bobby Houston is the writer-director of ‘The Children’s March,’ an Oscar-winning documentary available on YouTube https://www.youtube.com/watch?v=BT-QkNkMZjk . See video below: