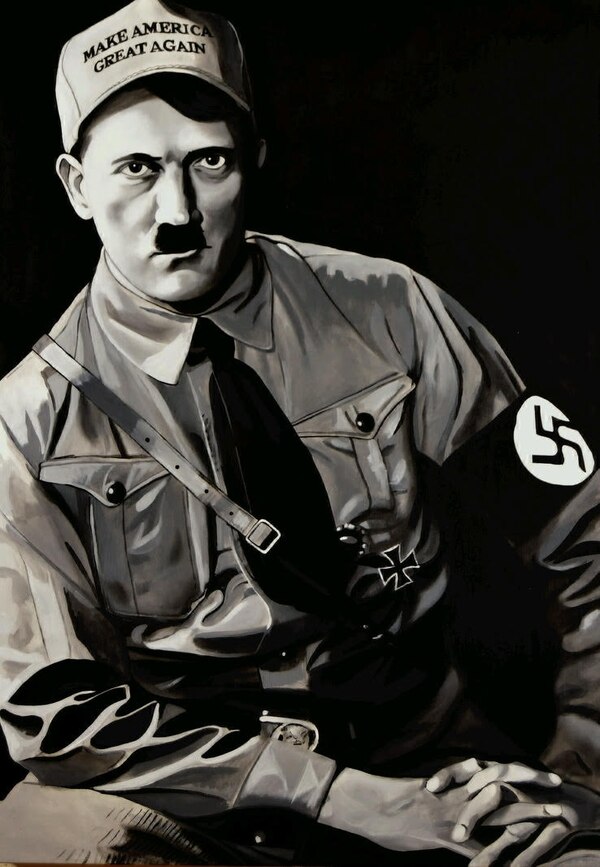 Painting by Matthew Abelman entitled 'Hat sales are up again.'

“You don’t know what you got til it’s gone.”

Germany’s Weimar Republic was established in 1919 as a parliamentary democracy with a constitution granting German citizens virtually the same right as the U.S. Constitution. To wit, the right to freedom of expression, peaceful assembly, freedom of religion, private property and equal opportunity and earnings in the workplace. It established separate executive, legislative [Parliament] and judicial branches independent of one another. It also mandated that representatives of the people be elected every four years. The constitution specified there be a president, somewhat similar in responsibility and power to the U.S. President, and a chancellor, appointed by the president, who was the head of the German Parliament.

Yet, by 1933 Adolph Hitler managed to turn Germany into a dictatorship. How could that happen in a democracy? And could it happen in America?

Whether by design or by instinct, Trump has followed Hitler’s tactics in his path to power: 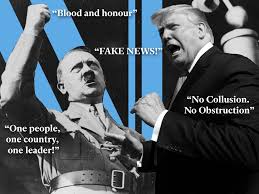 In the November, 1932, election Hitler’s Nazi party received 33 percent of the vote. By January, 1933, the German President, Paul Von Hindenburg, needing the support of the Nazi party to pass legislation, appointed Hitler Chancellor.

The last thing that paved the way for Hitler to take total control of Germany was the Reichstag fire that occurred in February of 1933, a short time after Hitler had been named Chancellor and only six days before the next general election. The Reichstag is roughly equivalent to our Capitol Building. While there is plenty of evidence [not at the time but in retrospect] that the fire was started by Nazi’s, Hitler used his propaganda machine quickly placed the blame on communists.  Calling it a national emergency Hitler convinced Hindenburg to invoke Article 48 which suspended most civil liberties. Hitler immediately began arresting members of the German Communist Party, including those members who were members of Parliament. With those member unable to act, the Nazi party in cooperation with the German National Worker’s Party controlled 52 percent of parliament. He also used this power to intimidate and jail members of other major political parties until he had achieved a two-thirds majority in Parliament which allowed the Nazis to pass the “Enabling Act” which gave Hitler the power of rule by decree, circumventing constitutional protections and, essentially, making him a dictator answering to no one. This continued until the end of WWII.

Since Hitler found the judicial branch less than cooperative, he set up his own court system which eventually supplanted the constitutional judiciary.

Will Trump go so far as to create his own national emergency and, then, use the Republican majority in the Senate to give him similar powers backed up by the many federal and Supreme Court justices hand-picked by him?