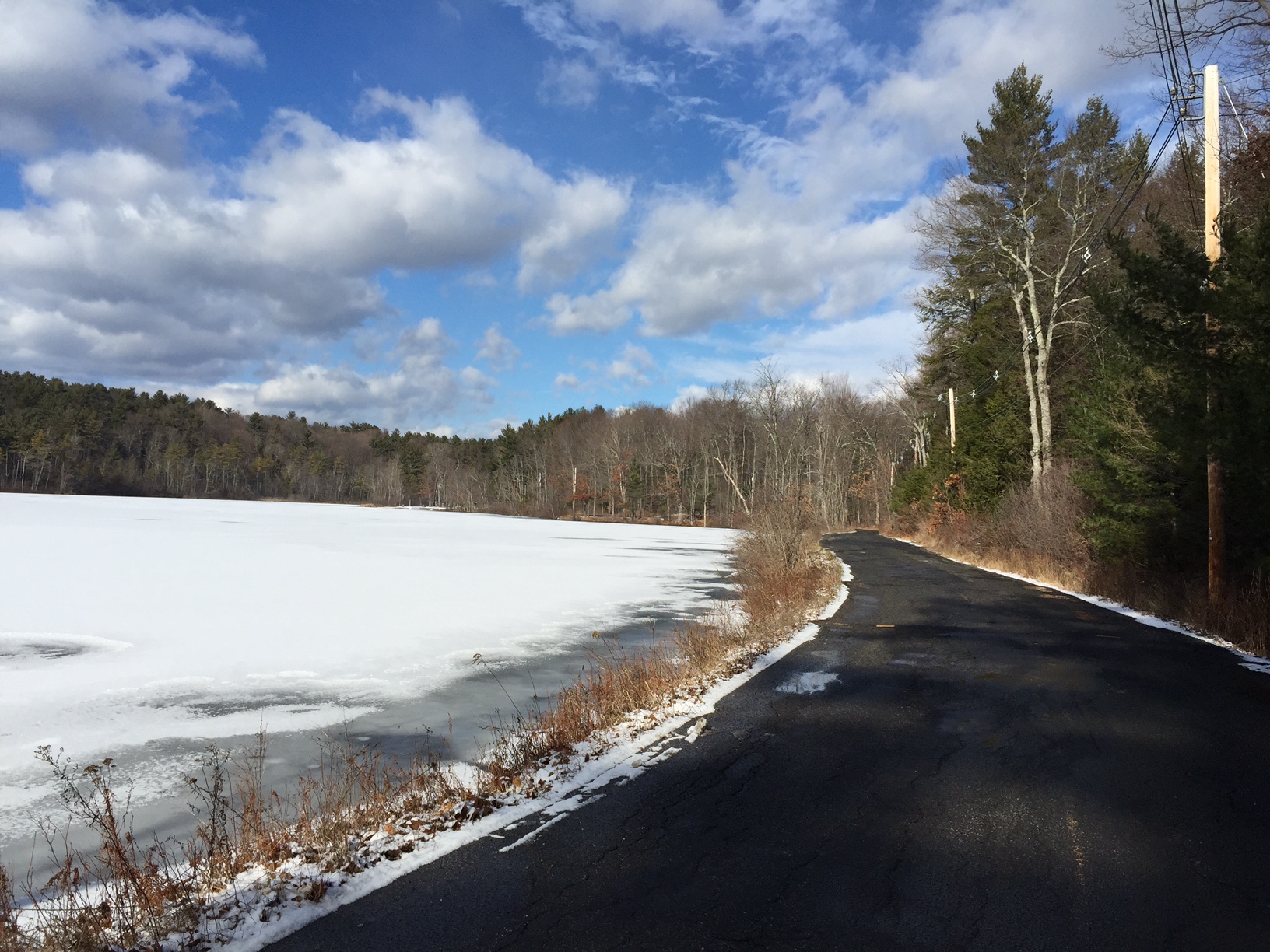 Great Barrington — With some help from residents, the town is coming closer to a solution for Lake Mansfield Road and the recreation area around the lake, and is asking people to complete a survey for more input.

The road is in bad shape. The narrow road, a cut-through from one part of town to another, is crumbling into the lake. It’s treacherous to drive, and walking or biking along it can feel like a risk to life and limb.

But it isn’t so simple to fix. The area around the popular lake is a delicate ecosystem surrounded by homes. Storm water and sediment runoff into the lake is a problem. Simply repaving the road won’t solve this, and town officials say such a measure will simply increase car speeds. So the town is trying to make a decision with options that include widening the two way road; shutting the road for cars, except for the one home and the Eastview Pool along the road; creating a one way to make it more pedestrian friendly with a linear park; and/or making changes to the parking and layout of the recreation area, which could use handicapped access as well.

The new survey, accessed here on the town’s website, will present these different options, and list the pros and cons of each.

After an initial survey and two forums facilitated by Kyle Zick Landscape out of Boston — with $30,000 approved by Annual Town Meeting last year — the town will hold a third meeting on Wednesday March 2, at 6 p.m. at the Fire Station on State Road.

“We’re trying really hard to engage as many people as possible,” said Christine Ward, chair of the Lake Mansfield Task Force. Ward has worked to find solutions since 1996.

Town Planner Chris Rembold said the Task Force has already helped make improvements like drainage, water quality monitoring and other studies, improvements to trail and safety like installing the fence and speed bump and working with the Parks Commission on installation of port-a-potties.

“A lot has been done over this 10 years,” he said. “It’s gotten us here to do comprehensive planning for the recreation area which includes the lake and beach, the boat launch, picnic area, playground, the conservation forest, and road itself, which connects the space and gives access.” He said ideally cars parked at the boat launch —where people also park for winter ice skating — could be better organized. This is another area where storm water comes rushing down Knob Hill Road and into the lake. Rembold and Ward say a vegetative buffer is needed there.

It’s a “unique lake in Berkshire County,” Rembold pointed out. “There are few so close to downtown that you can walk to, and one of a few without docks or other structures and an undeveloped shoreline. It’s not private and just for town residents. It’s a public resource in walking distance from several neighborhoods, and for visitors. Preserving that as recreation space for future generations is one of the town’s goals.”

It used to be a dirt road, he added, and efforts to deal with the road issue have been complicated. “What has stymied movement in the past is the focus on one area over another,” he said. “Our task here is how to think comprehensively about how all these pieces fit together.”

He said the second forum helped gather ideas, and this new survey presents those options.

Ward said that at this point “the team needs to make a decision on the vision, the cost to town and potential funding.” She said ballpark numbers and phasing will be discussed at the March 2 forum.

Rembold says the town is “doing this now so we have a clear path of action for DPW (Department of Public Works). Repaving road is not in their plan this year.”

And he noted that if the decision is to keep the road a two-way, the town would face challenging environmental permitting and higher expense as a result. And if it becomes a one-way, cars have to be able to turn around, and emergency vehicles have to have access.

“We could pave it with a layer of asphalt, but it won’t last and won’t deal with all these other comprehensive goals,” Rembold added.

“We understand that there are different opinions about this space,” Ward said. “We want people to speak up.”

Rembold and Ward said the Task Force will ask the town for a bit more money this year to get enough detail for engineering or permitting so it can go after a big grant to help the town pay for the work.

“Some people just want to get from point A to point B using this road,” Rembold said.

“Others,” Ward said, “want to preserve the lake for future generations. The power of the lake in terms of community health is rooted in its health as a natural habitat, and we must be mindful of our impact in order to truly preserve the space.”

The previous Lake Mansfield Road forums can be seen on CTSB-TV.