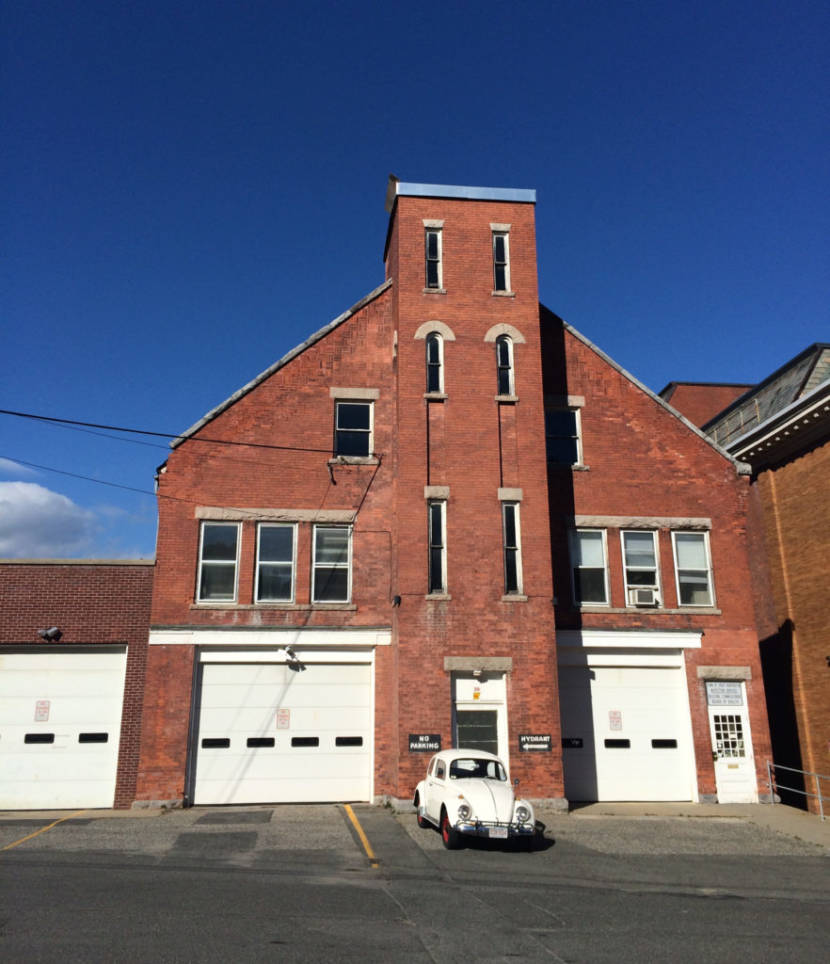 Great Barrington — The long wait to move the town’s remaining offices out of the old Castle Street firehouse is almost over.

At Tuesday’s selectboard meeting (October 9), Town Manager Jennifer Tabakin announced a schedule for the move of the health and building departments from the ailing firehouse to Town Hall, along with the movement and reconfiguring of the building to accommodate the new offices moving from across the street.

The third phase is the granddaddy of them all. The health and building departments, which have been housed in the upper floor of the adjacent former firehouse, will commence the week of Monday, Dec. 17.

Tabakin said existing staff will help with the move, which involves large numbers of file cabinets and documents. New furniture has been purchased for the move. Consequently, some of the old furniture in the existing second floor of Town Hall, where the building and health offices will be situated, will be moved back to the firehouse for temporary storage. Meanwhile, the town will continue to employ the garage bays in the firehouse for storage for the Department of Public Works.

The move has been anticipated for years. The building and health departments have been located in the old firehouse since the fire department moved to a new fire station on State Road about eight years ago.

As The Edge reported more than two years ago, the building has numerous problems, including asbestos and falling bricks; and the landlord, retired Rochester, N.Y, banker Thomas Borshoff, has been mostly unresponsive to complaints.

Initial negotiations with the town started in the wake of the Great Barrington Fire Department’s move to a new $9.1 million facility on State Road in 2010. The sale was controversial because of the low sale price and the fact that, starting in the second year of Borshoff’s ownership, the town began to pay $2,500 per month in rent, plus insurance and utilities, for office space in a building it had previously owned. The term of the lease is for six years, so it would expire in 2020.

Thrilled to offload a troublesome 115-year-old building with expensive remediation problems and see it redeveloped, the town sold it after two years of torturous negotiations during the tenure of former Town Manager Kevin O’Donnell.

Under the agreement, the town is responsible for the cost of environmental remediation, mostly asbestos, of up to $270,000, with 20 Castle paying $80,000 of that. 20 Castle will contribute $3,000 for the town’s environmental consultant. But Borshoff has not initiated the remediation.

Complaints about Housatonic Water Works, which serves the Housatonic section of Great Barrington, surfaced again last night as two customers spoke of the discolored water served up by the private water company.

Water Works customer Amy E. Taylor said she recently noticed brown water but was unaware that the company was flushing mains. The flushing is what causes the roily water, which is unsightly but poses no health risk to humans.

Taylor said she used to be able to plan ahead for the flushing, opting, for example, not to make spaghetti or the like when the flushing was taking place, “But now we don’t know what’s going to happen. This is a serious ongoing issue.”

Tabakin was ready with an update on the situation. She, too, had received complaints about the water and asked Water Works treasurer Mercer about it. He said he had notified customers of the flushings on the company’s website, on its Facebook page and on recent bills to its customers.

See image at right of the Water Works notice about flushings on its Facebook page:

“We suggested to him that he use the CodeRED system and he chose not to,” Tabakin said. “He felt he was covered in terms of communicating with his customers, so we will encourage him to communicate more but it is a private company and that’s what they feel is the best way to do it.”

CodeRED is the town’s emergency alert system. It can be used to warn residents via text message or phone call about closings, weather alerts, evacuation notices, missing-child notices and the like.

In addition to Taylor’s in-person complaint, there at least two posts on the subject on the Great Barrington Community Board Facebook page.

“It is time for residents to seek legal advice,” wrote customer Debra Herman. “Political avenues have yielded no relief and HWW, by its own admission, has no long term solution for our water problems.”

Water Works customer and town finance committee member Michelle Loubert said she has not experienced the brown water but was concerned that the town was doing little to alleviate the aggravation that Housatonic residents are experiencing.

For their part, town officials have long said that, unlike the public Great Barrington water system, which provides water to most of the town, the Water Works is a private company and, as such, it is regulated by the state Department of Public Utilities and the Department of Environmental Protection.

“We have a community that doesn’t even have clean water and I don’t really care if it’s private or not,” Loubert said. “I really expect the town of Great Barrington to step up on this.”

Loubert suggested the selectboard ask Mercer to appear at a meeting and answer questions.

“We have mothers putting babies in dirty water for baths,” Loubert said, her voice rising in anger. “Come on. I’m just furious over this. I’m grinding my teeth over this. I really think maybe call Mr. Mercer in for a discussion regarding CodeRED.”

The Water Works has had its share of tangles with state regulators, most recently in the form of a “unilateral administrative order” from the DEP, which found the water system to be out of compliance with various regulations, including those governing its chlorination system. Mercer has disputed much of the data in the order.

Housatonic Water Works serves about 800 customers in the Housatonic section of Great Barrington as well as a small number in adjacent portions of Stockbridge and West Stockbridge. Water service for much of the rest of the town is provided not by a private company, but by the Great Barrington Fire District, which functions as the town’s municipal water department.