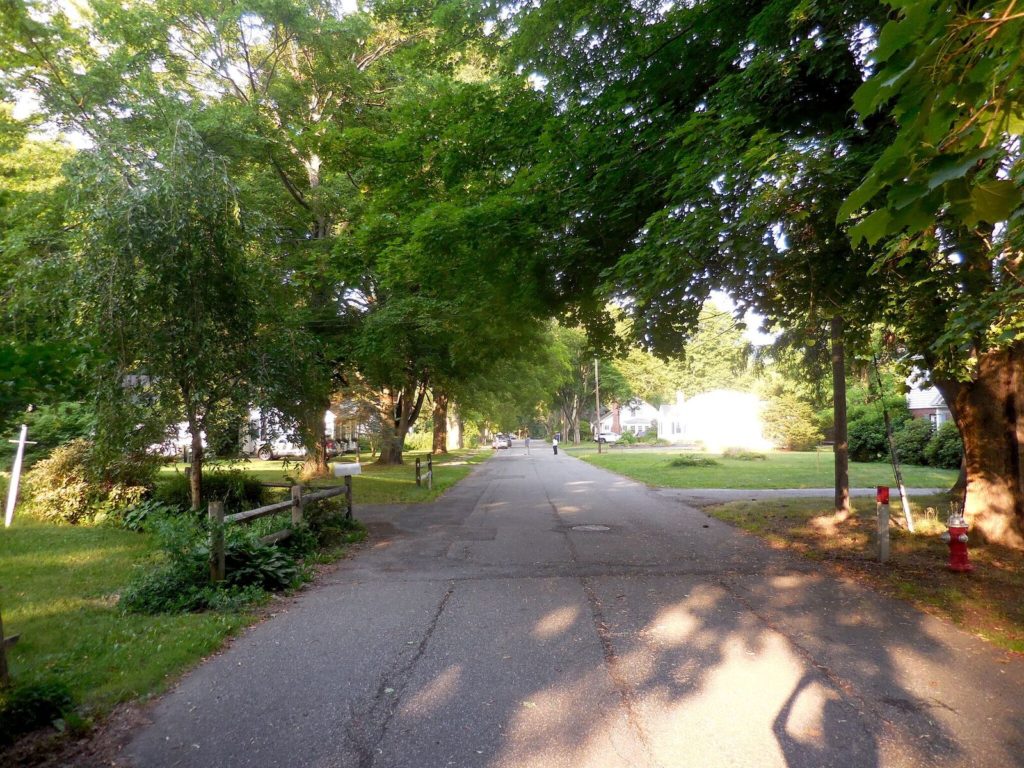 Editor’s note: This story has been revised to include additional links to other documents and complaints by Mooney against Mercer.

Great Barrington — The town and a developer have lost a two-year legal battle that would have put a new apartment building on a quiet residential street just south of downtown.

In a decision in state Land Court entered Monday, Judge Robert B. Foster ruled that 26 Manville LLC may not relocate an easement for a needed driveway. Placement of the driveway in the new location was considered crucial for the project.

Citing a shortage in Great Barrington of market-rate apartments, 26 Manville principals Sam Nickerson and Ian Rasch had proposed three 15-unit apartment buildings with small spaces at the end of Manville Street, a short, dead-end road with a handful of homes.

Three existing homes at the end of the residential street would have to be demolished. Nickerson and Rasch also developed the 47 Railroad mixed-use complex downtown at the top of Railroad Street.

Opposition to the proposal quickly mobilized after 26 Manville obtained needed permits almost two years ago. Click here to read the six-page complaint (since amended) of Donald E. Willis Jr. and Priscilla Ann Willis, who own property at 24 Manville St. The Willises asserted that the decision of the selectboard in granting a special permit to the developers was “arbitrary, capricious” and “exceeds the authority of the board.”

Several letters to the editor were sent to The Edge from neighbors, including those from John and Dorothy Fetherolf and Ivan Kruh, along with another signed by eight neighborhood residents. Kruh could not be reached for comment but Dorothy Fetherolf said she was elated.

“Everyone in the neighborhood is happy,” Fetherolf told The Edge. She added that it is her understanding that the project is now dead.

The Willis’ complaint contains various exhibits, including the selectboard’s findings that were used to justify the approval of a special permit on Oct. 15, 2018, after a favorable recommendation from the planning board a week earlier. Click here to see the case details. Named in the suit were the entire selectboard individually and 26 Manville.

Manville and neighboring streets have been in a mixed-use transitional zone for several years. In the MXD zone, mixed-use development of the sort proposed by 26 Manville is by-right. 26 Manville only needed a special permit because the site lies in a water quality protection zone that guards an underground aquifer supplying public drinking water to the town of Sheffield.

Critics had argued that Nickerson and Rasch were exploiting a loophole in the town’s zoning bylaws that allows larger-scale residential development in that area of town only if there is a retail component. Kruh, who lives at 7 Manville Street, posited just such a theory in his letter to The Edge.

For the third time in six weeks, the selectboard has continued the public hearing on whether the Great Barrington Airport should be given a special permit to build six additional hangars.

Currently, the airport has 23 existing aircraft stored in the lone hangar and 25 stored on grass adjacent to the runway (called “tie downs“). The project will provide as much as 33 in-shelter additional aircraft spaces. Six each will be stored in the five larger hangars and three in the smaller hangar. The proposal also includes a new access driveway from Seekonk Cross Road.

See video below of the Sept. 14 Great Barrington Selectboard meeting. Fast forward to 22:45 to see the public hearing on the airport:

Since the most recent continuation last month, additional comments have been received. Click here to see the packet included in the agenda for last night’s meeting. The hearing for the controversial project has been continued to Monday, Sept. 21, at 6 p.m.

The board also voted unanimously Monday night to authorize Pruhenski to investigate Great Barrington Housing Authority Chair Jim Mercer. Housing authority member Eileen Mooney had filed multiple complaints against Mercer, including one in February and another last month. And click here to read an addendum to the February complaint.

Mooney’s allegations against Mercer include “violations of housing authority bylaws, the state open meeting law, state public records law, state Department of Community and Housing Development guidelines and failing to keep the board members informed of matters within its jurisdiction,” Pruhenski said.

Mooney filed the complaint under Massachusetts General Law Chapter 121B Section 6, which allows a board of selectmen to receive charges against a housing authority member, hold a hearing and “remove any such member because of inefficiency, neglect of duty or misconduct in office.”

In her complaint, Mooney, who said that Mercer’s failure to learn and adhere to open meeting laws “shows gross neglect of duty,” requests that the board “remove Jim Mercer as chairman of the Great Barrington Housing Authority and have him refrain from serving in any other official position on that board.”

Mooney, a journalist who publishes the NEWSletter, a monthly publication that covers Great Barrington Town Hall and the Berkshire Hills Regional School Committee, is a resident of Flag Rock Village, a housing authority-administered low-income housing development in Housatonic.

The authority has been confronted with numerous complaints from tenants about mold problems and has been cited for multiple violations by the town board of health.

Selectboard member Ed Abrahams moved that prior to conducting a hearing on the matter, the board delegates the matter to Pruhenski to conduct an investigation and submit a report to the board no later than Oct. 5. The motion passed unanimously.