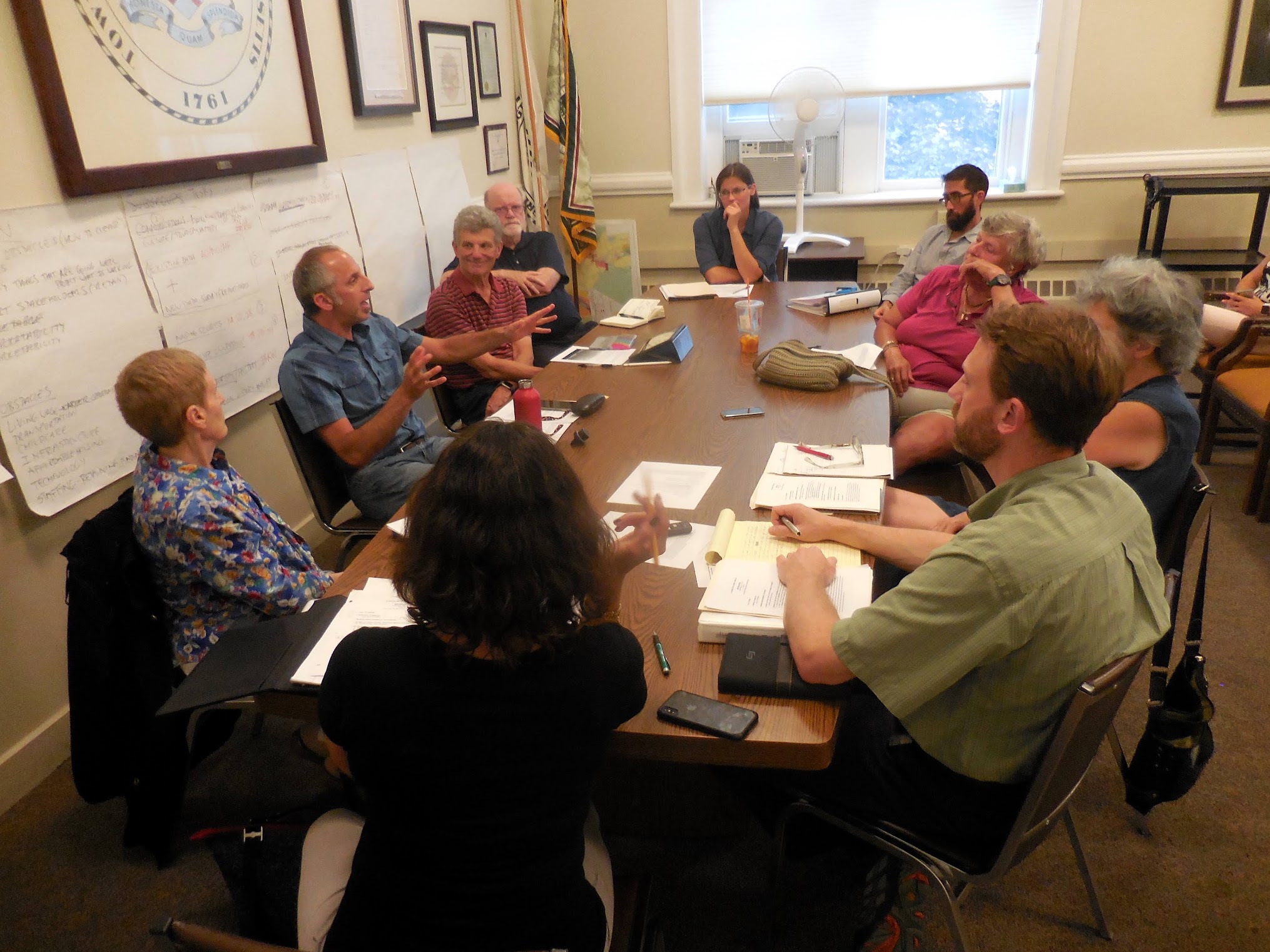 Great Barrington — Frustrated by bureaucracy and the slow pace of government, the town’s Economic Development Committee has voted to disband itself. That action was sustained by the selectboard at its meeting Monday night.

Committee chairman Tim Newman said the committee’s inability to accomplish its goals was not for want of effort, but in the end, members felt the committee was not making enough progress in helping the town advance its economic development goals.

“After a year and a half, we didn’t feel we were able to effectively do anything significant to advance the economic development interests of the town,” Newman told the board. “It just seemed like a detour rather than something that was an effective source of new ideas that could be implemented.”

Referring to members of the panel and the meetings he attended, town planner and assistant town manager Chris Rembold noted “the pretty impressive brain power that was around that table.”

“The response of the committee is that so many of the things we do in Great Barrington are economic development but they don’t lend themselves to a formal committee process very well,” Rembold said.

A look at the detailed minutes of the EDC’s final meeting on Dec. 8 reveal the extent of the frustration. Newman described the committee’s work as “educational but frustrating — not the quality of the people on the committee but the ability to get things accomplished.”

Almost everything the committee wanted to do had a price tag of some sort and, “because of the way government works vs. private business, it has to go to town meeting.”

In addition, most members have demanding day jobs and/or sit on other boards and committees, so there is scant time for members “to develop projects between meetings,” according to the minutes.

Member Anne O’Dwyer, who also chairs the town Finance Committee, said she felt the charge of the EDC “was never clear.” She lamented that the prevailing sentiment seemed to be that the Finance Committee “was just about cutting and this committee was a way to think about bringing in revenue.” For example, an EDC proposal for the abandoned Housatonic School came with a price tag and “it was not clear how to get funds to support the project,” the minutes say.

The EDC was formed in June 2019, in part to “advise the Selectboard, Planning Board, Town Manager, and other boards and committees on economic development issues and trends,” according to its charge.

The panel included representatives from the Finance Committee, and the Planning and Selectboards. In addition, there were members of the public school, higher education, and business communities, as well as several at-large members such as Newman, who lives in New Marlborough.

Selectboard member Leigh Davis, who lives on The Hill neighborhood near Lake Mansfield, said now that ice has formed on the lake and about a foot of snow has fallen on top of it, she is concerned that most people do not realize the lake is not yet safe to walk on.

“I often walk by there and I see people tempting themselves to go on the ice and it would just be nice if we could put cones up or just let people know if it’s unsafe,” Davis said.

Town Manager Mark Pruhenski said he would speak with Sean VanDeusen, who heads the town Department of Public Works, to see if the town could put up some signage warning residents of the danger.

Board chair Steve Bannon suggested that “for liability reasons,” it would be better to put signs up warning that persons who venture out onto the ice do so at their own risk. He also was unsure of precisely what the definition of safe might be. Bannon questioned what might happen “if we deem something as safe and someone falls through.”

Lake Mansfield has been the scene of ice rescues before, most recently in February 2016 when Great Barrington police and firefighters rescued an ice fisherman who fell through the ice. Two good Samaritans who immediately tried to help the man slipped through the ice and had to be rescued themselves.

Pruhenski also announced that the town of Great Barrington is distributing $185,000 in Community Impact Funds, a local revenue benefit from cannabis sales in the town, to five community-based organizations.

The funds are distributed as part of the state’s Community Impact Fund program (CIF). The CIF allows cities and towns to levy a portion of annual cannabis sales revenue for distribution in their communities to help mitigate the perceived negative impacts of the cannabis industry.

The awards reflect revenue from 2019, during which Theory Wellness opened as the first shop in town almost two years ago. Theory pays a community impact fee to the town of 3 percent of its sales, as the company agreed to do in a previously negotiated host community agreement required by the state Cannabis Control Commission.

Pruhenski noted that Theory Wellness opened in January 2019, halfway through the town’s fiscal year. He said the town will have even more funding available next year, which will reflect a full year of operations for the shop on Stockbridge Road. Two other shops have opened this year: Rebelle and Calyx Berkshire. Others are expected to open shortly during the current 2021 fiscal year.

The awardees were selected based on recommendations from the town’s Community Impact Funding Committee. Pruhenski predicted more organizations will benefit in 2021 as impact revenues grow.

The recipients must report back to the town in September 2021 on how the funds were expended, and how many residents were served. The Community Impact Fund program will continue annually as long as cannabis-related businesses are operating within town borders.

Pruhenski also told the board he had been copied on a Nov. 24 request from the state Department of Public Utility “seeking a significant amount of information” from Housatonic Water Works, the troubled private water company serving the Housatonic section of Great Barrington.

“Housatonic Water Works has replied to that request,” Pruhenski said. “I believe there are 200-plus pages of information.”

The embattled private water utility serves about 900 customers in the Housatonic section of Great Barrington, as well as small adjoining portions of Stockbridge and West Stockbridge. Click here for a recent history that includes complaints from ratepayers, neglected infrastructure improvements, discolored water, low pressure on fire hydrants, and environmental violations.