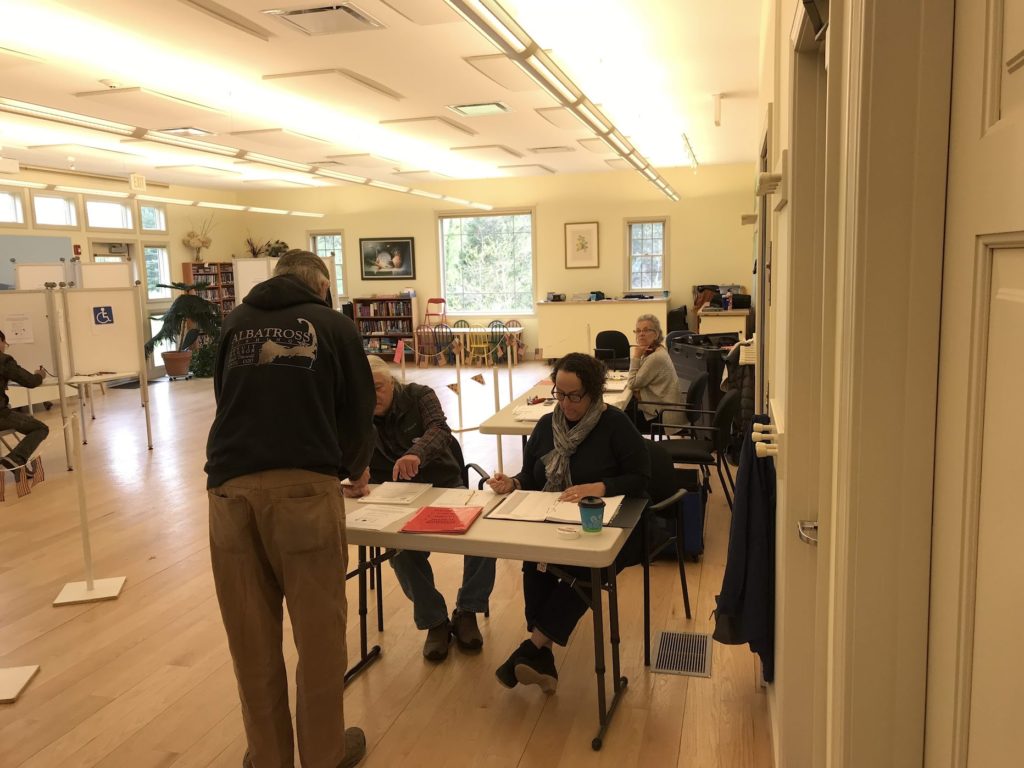 Terry Cowgill
A voter checks in to vote in Monday’s elections at the Sheffield Senior Center. This is the first election in which Ballots were counted using new optical scan machines, rather than by hand, Town Clerk Felecie Joyce said.

Sheffield — In a classic match-up, financial consultant and firefighter Martin Mitsoff defeated longtime planning board member and local businessman Jim Collingwood to win a seat on the board of selectmen. 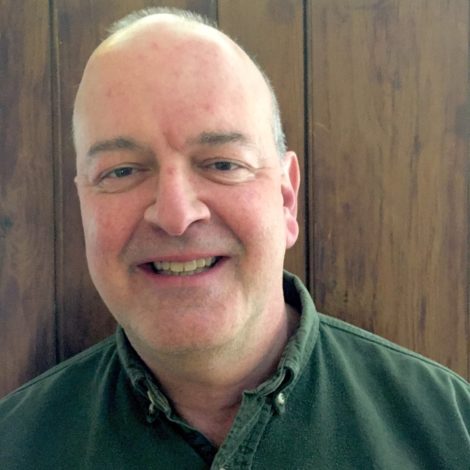 Mitsoff bested Collingwood by a margin of 478-346 There are about 2,300 registered voters in the town of Sheffield, according to town clerk Felecie Joyce, and 826 of them voted in today’s election.

The seat on the town’s highest board was open because longtime selectboard member David Smith had opted not to run for re-election. No other races this year were contested.

Mitsoff is an independent financial consultant who moved to Sheffield 11 years ago. He currently sits on the town Conservation Commission and was also elected to the Bushnell Sage Library Board of Trustees and has been heavily involved in the town’s emergency services as a firefighter. He had run for selectman twice before, both in 2014. 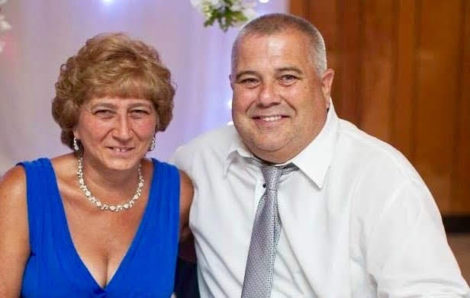 Sheffield native Collingwood has been on the planning board for eight years, the last five as chairman. He recently sold his transport business, JTC & Sons, to Daley & Sons, a trucking firm in Lee. Collingwood is staying on as operations manager.

In the race for selectman in New Marlborough, which also held elections today, Broadband Committee Chairman Richard Long defeated Ivan Douglas Newman by a margin of 245-115.

The selectboard seat was open because two-term incumbent Michele Shalaby decided against running for re-election. Shalaby, however, did secure a seat on the finance committee along with John Pshenishny and Barbara Marchione — all of whom ran in uncontested races for three seats on that panel.

The only other contested race in New Marlborough was for assessor, where incumbent Marsha Pshenishny fended off a challenge from Scott Walker by a margin of 185-156, Town Clerk Kathy Chretien told the Edge.

Bravo to those who contribute their own money for the public good.

Thank goodness there is a "lot of money in the Berkshires". Unfortunately, most of this money was not made ...