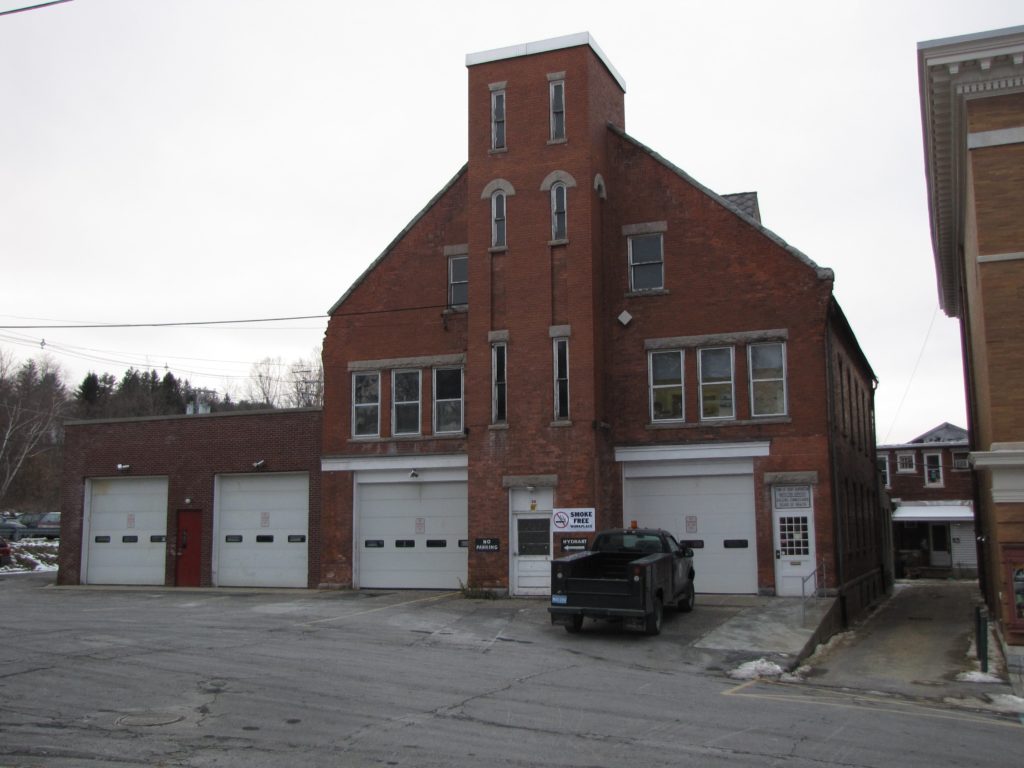 Great Barrington — You can practically hear the shouts of joy from Town Hall. The Castle Street firehouse has been sold. Hallelujah!

Cameron did not immediately return a message seeking comment on his future plans for the historic structure, which has fallen into disrepair in recent years. In an email exchange with The Edge last year, Cameron said he sees “the firehouse as a beautiful historic building that has served the town well in its 100+ year life, but it is in need of restoration and improvement in order to give the town another 100+ years.

“If I’m able to purchase the building, I’d like to begin a project of restoring the exterior to stabilize the masonry and roof systems while I review the possibilities of residential vs. commercial use of the interior.” 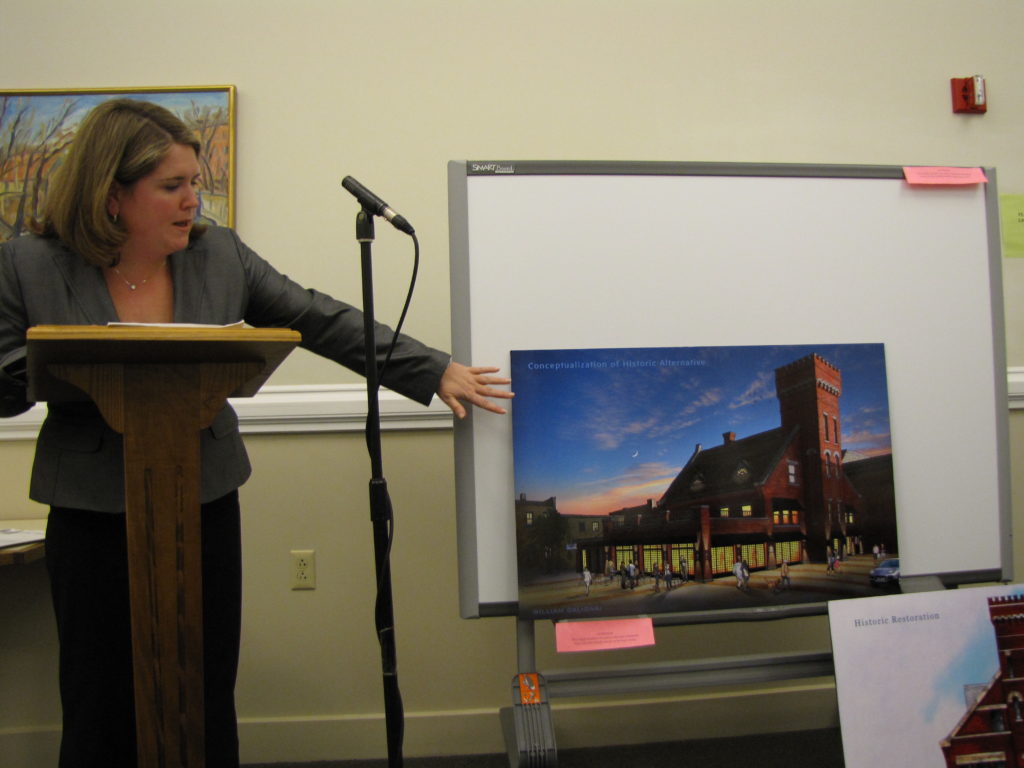 In 2016, attorney Kate McCormick presented to the Great Barrington Selectboad an illustration of the firehouse transformed into a restaurant and culinary school.

Just before publication of this story, Cameron sent a brief email to The Edge that said: “We’re very excited to have been able to purchase the firehouse and we plan to begin restoration as soon as possible!”

Attorney Kate McCormick, who represented 20 Castle Street LLC and its principal, Tom Borshoff, approached the selectboard in August and asked it to approve a motion transferring the town’s environmental liability if a new party wanted to buy the decrepit firehouse.

After two years of tortuous negotiations during the tenure of former town manager Kevin O’Donnell, Borshoff purchased the property for $50,000 in 2014 as part of a partnership he formed with McCormick’s father, the since-retired Great Barrington attorney and former longtime town moderator Ed McCormick, and Housatonic Water Works owner Jim Mercer. 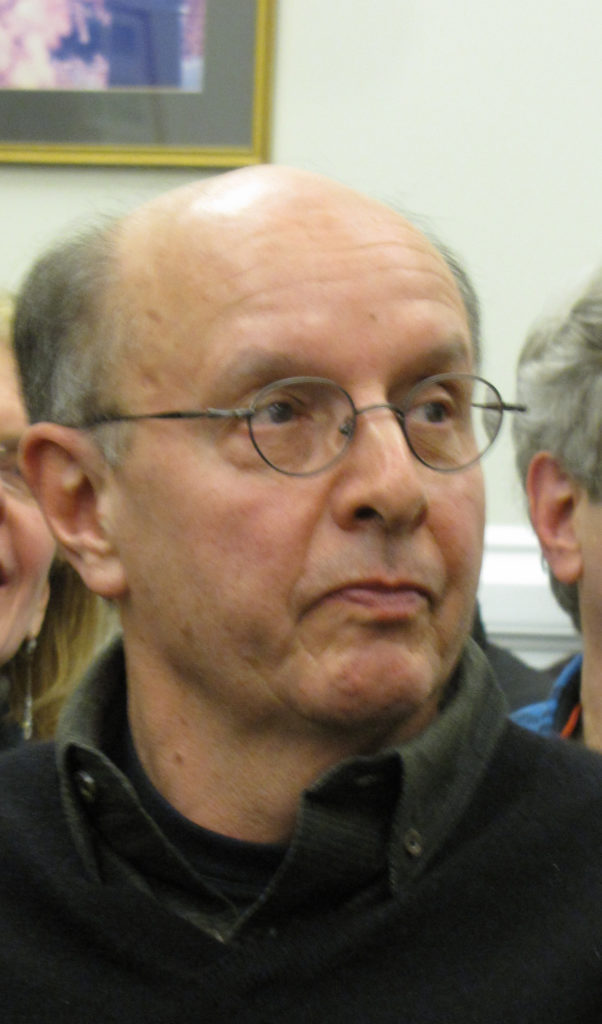 Under that agreement, until late in 2018, the town was paying $2,500 per month to rent part of the building back from Borshoff to house its building and health inspector offices for lack of room in Town Hall, and for storage space on the ground floor for the Department of Public Works. With the exception of a retaining wall Borshoff had built three years ago, the building has sat largely unimproved since the original sale.

The town was responsible for the cost of environmental remediation, mostly asbestos, of up to $270,000, with 20 Castle paying $80,000 of that. 20 Castle would also contribute $3,000 for the town’s environmental consultant.

Selectboard Chairman Steve Bannon said last year that town counsel told him the town’s obligation was to provide cleanup at that site no matter who owned it. So the board passed the motion unanimously last August transferring the town’s environmental liability.

The purchase and sales agreement between Borshoff and the town says he was to redevelop the property as a vocational education center featuring a culinary school and restaurant, with an al fresco café on its west side facing the railroad embankment. 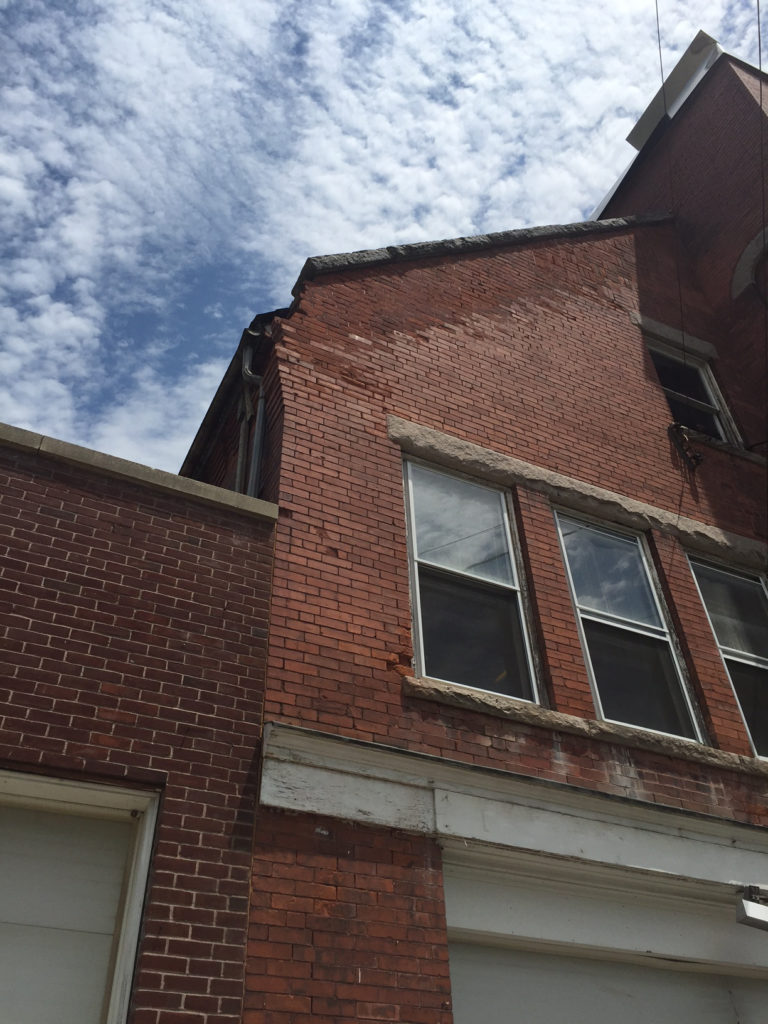 An entire upper corner of bricks at the roof line has fallen away on the front facade of the former Castle Street firehouse. Photo: Heather Bellow

In recent years the board had become frustrated at Borshoff’s lack of action and at his unresponsiveness. Meanwhile, the town continued to pay rent to Borshoff to the tune of $30,000 annually for space that was deemed unsafe for staff. Eventually, those employees were moved to a reconfigured Town Hall.

DPW director Sean Van Deusen told The Edge most of his department’s equipment was moved out of the firehouse last fall. The term of the lease is for six years, so it would expire later this year. Bannon said he hopes Cameron will let the town out of the remainder of the lease.

“Yes, it was a relief, especially to me because I’ve been involved for 10 years or so,” Bannon told The Edge, referring to both of the sales.

“It’ll be an even bigger relief when I see construction start,” added Bannon, who was on the board when the purchase-and-sales agreement was negotiated with Borshoff in 2012. “I’ve been through the sale thing before.”

At least three other entities had previously approached Borshoff about buying the firehouse, including the historic Mahaiwe Performing Arts Center, which sits next door to the firehouse on Castle Street, Mill Renaissance LLC developer Jeffrey Cohen, and the developers of 47 Railroad Street. None of them was able to reach an agreement.

The firehouse became vacant when the Great Barrington Fire Department relocated to a new $9.1 million facility on State Road in 2010.

See video below of Warrior Trading owner Ross Cameron explaining his move to Great Barrington and giving a tour of his new offices at 47 Railroad Street in Great Barrington: