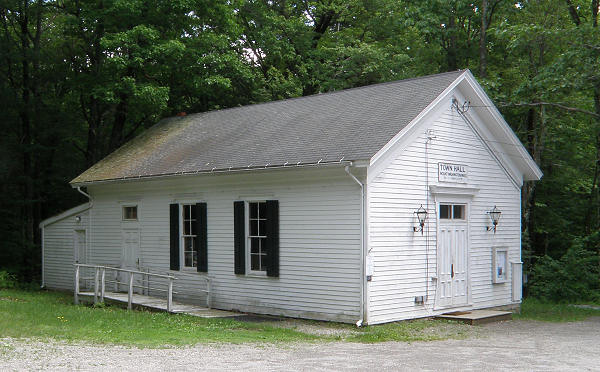 Town Hall in the town of Mt. Washington, Massachusetts, population 167, according to the 2010 census.

Mt. Washington — As frustration mounts over slow internet service in the region, the smallest town in Berkshire County –– and the third smallest in the state –– voted unanimously at a special town meeting last week to approve funds for its own fiber optic network at a time when the state is reorganizing its initiative to bring broadband, or high-speed internet to Western Massachusetts.

Mt. Washington follows in the footsteps of the Berkshire towns Alford and Otis. And earlier this month Egremont issued a request for proposal for broadband network and design contractors.

Mt. Washington, with its approximately 150 full-time residents, approved $700,000 for the effort, of which $250,000 will come from the town’s stabilization fund, “money we already have,” said Selectman Brian Tobin. Voters also approved up to $450,000 in borrowing. A financial advisor is helping selectmen with details such as the borrowing structure through the state’s note program.

Tobin said the town “also expects to be eligible for MBI (Massachusetts Broadband Institute) funds which we can put toward diminishing the borrowed amount.” Tobin spoke to MBI officials again on May 19 and was told the agency will work closely with the town to move the process along to insure it secures funding.

Berkshire County–and most of Western Massachusetts–was alarmed by the recent “pause” in Gov. Charlie Baker and Lt. Gov. Karyn Polito’s release of $50 million appropriated by former Gov. Deval Patrick’s administration for “last mile” broadband efforts into the rural part of the state. Two new hires at MBI, an 8-year-old agency, indicate the Baker-Polito administration is trying to take a step back and find the best way forward to get the west wired up and live without breaking the backs of small rural towns.

This is the same reason why the WiredWest broadband cooperative exists and now has 32 out of 44 un-served towns in its fold.

But Mt. Washington chose to go it alone. At the time the decision was made, Tobin said, “we didn’t feel comfortable with [WiredWest’s] business plan. We felt that we were too small and would never be in charge of our own destiny, and you have to form an MLP (Municipal Light Plant). We knew that we’d make better progress ourselves.”

A recent analysis of WiredWest by Harvard University’s Berkman Center for Internet and Society, however, shows significant cost advantages of regional fiber networks over stand-alone town networks. But some towns have gotten impatient. 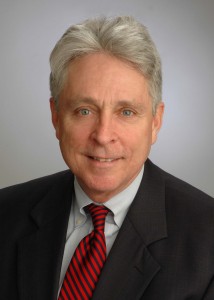 And the status of that MBI money, or how much of it each un-served town gets, is now unclear. MBI spokesperson Brian Noyes was in and out of meetings Thursday (May 19), and said he was unable to answer that question in time for this article.

It appears part of the state’s strategy to get things moving was to hire Pittsfield-based and former Berkshire state representative Peter Larkin as special advisor to Secretary of Housing and Economic Development Jay Ash. Larkin is also now chair of the MBI Board. Bill Ennen will work for Ash as the Last Mile Implementation Liaison. Ennen will also be based in Western Massachusetts.

Both Gov. Baker and Lt. Gov. Polito have repeatedly said broadband is critical for economic development, and Gov. Baker said “these appointements will bring new capacity, and collaborative, on-the-ground, engagement, to the Last Mile project.”

That, and a letter from Larkin recently sent to “municipal leaders” appeared to soothe impatient town officials, and Tobin sounded optimistic that with Mt. Washington’s “ducks in a row,” the town’s share of that MBI money will flow where it’s supposed to.

It is, Larkin wrote, “a delay that cannot continue any longer.

“We are charting a new course that recognizes that there is no one-size-fits-all solution for the un-served towns in Western Massachusetts…the MBI will therefore be moving to a more flexible approach that will help all un-served towns to achieve broadband access by allowing for a range of project models, including multi-town collaborations, locally-owned networks, and industry partnerships. MBI will support a range technology and operational choices as long as they meet baseline speed, affordability, and sustainability standards.”

Larkin further wrote that “over the coming weeks, Bill Ennen will work with each town to assess their readiness with regards to overall approach, project technology preference, local votes taken, etc.”

“Mt. Washington is ready to go,” Tobin said. The town, he added, will pull together documentation the MBI requires to meet its funding criteria, and submit what the Department of Revenue needs for financing.

Tobin said the town has already been surveyed for the build-out, and got a “very competitive bid” from nextGen, a telecom construction firm that voters awarded the contract to. Next will come the “make ready” pole survey work. How long before the town is “lit” depends on how quickly National Grid and Verizon can do their make-ready work.

“I feel we’re really far ahead,” Tobin said, noting the initial “take rate,” or customers who have committed to the service, is 91 out of 145 houses. He said fiber optics will run past every home in town so residents who haven’t yet signed up can be added on anytime. “We’re building it for everybody who wants it. We have a self-sustainable project here.”

“Everyone who voted [at special town meeting], voted to do this,” Tobin said. “Pretty much everyone wants to move into the 21st century and have a high speed fiber optic network. That is encouraging.”