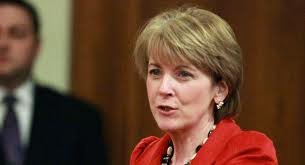 The Democratic primary election for governor is Tuesday, with three candidates vying to be the party’s nominee in the November election (polling stations will be open from 7 a.m. to 8 p.m.).

In years past, winning the Democratic primary meant you were pretty much assured of winning the election, but this year’s race promises to go all the way to November. The latest Boston Globe poll shows the Democratic and Republican front-runners in a virtual dead heat.

Massachusetts politics is not followed with the same intensity here in the Berkshires as it is east of Route 128, so in case you have found better things to do all summer, here are brief sketches of the candidates to help you make an informed decision:

Martha Coakley, the front-runner at this writing, is the state attorney general and a career prosecutor; she was previously district attorney in Middlesex County. Though she grew up in North Adams and went to Williams College, she has spent most of her professional career in the Boston area. As she is the first woman to hold the office of Massachusetts Attorney General, so would she be the first woman elected governor of the state, but not the first woman to perform the duties of governor. Lieutenant Governor Jane Swift, a Republican and also of North Adams, was acting governor from 2001 to 2003 after the late Paul Cellucci resigned to become ambassador to Canada.

As attorney general, Coakley was praised for her successful actions in suing Big Dig contractors responsible for a ceiling collapse that killed a motorist, suing the EPA to enforce its own clean air regulations, requiring Apple Computer to modify its iTunes software so blind people can use it, suing Goldman Sachs for violations of lending laws in the issuance of subprime mortgages and filing a challenge to the federal Defense of Marriage Act, which the Obama administration has since said it would not defend. Controversial actions included her refusal to investigate Boston Mayor Thomas Menino for alleged deletion of public email messages, her unsuccessful opposition to decreasing the state’s penalty for marijuana use and her work on a Massachusetts law regulating obscenity on the Internet, which was overturned in the federal courts on First Amendment grounds.

While Middlesex DA, she was criticized for overzealous conduct in one case and underzealousness in another. In 2001, Coakley did her best to keep Gerald Amirault, a defendant in the Fells Acres Day Care Center case, whom even the judge in his appeal regarded as a victim of day care sex abuse hysteria, in prison. She persuaded acting Gov. Jane Swift to deny a clemency that had been recommended unanimously by the Massachusetts Parole Board and pressured Amirault’s lawyer to withdraw from the case. Amirault was eventually released. In 2005, she was criticized for her slowness in indicting Keith Winfield, a Somerville police officer, who was accused of raping a two-year-old girl with a hot curling iron. Winfield eventually received two life sentences.

The low point of her political career came in 2010, when she lost to Scott Brown in a race to replace the late Edward M. Kennedy in the U.S. Senate, despite starting out with a 31-point advantage in early polling. The national Republican Party poured huge amounts of money into the state, but Coakley did not help her case by calling hero Red Sox pitcher Curt Schilling “just another Yankee fan,” when he came out in support of Brown, claiming to have no personal assets when in fact she had an account with $200,000 in her husband’s name, and inexplicably leaving the state for a five-day vacation with 20 days to go before election day.

As governor, Coakley says she would put Massachusetts on a path to a more prosperous and fair economy for everyone,” and ensure that opportunity “is not limited by your zip code.” She backs expanded infrastructure financing, universal broadband Internet access, transit centric, smart growth communities and “job creation strategies that target our different strengths.” She supports universal access to early education, increased arts and technology education in the high schools, and expanded financial aid for those enrolling in community colleges. Her campaign website is https://www.marthacoakley.com/ 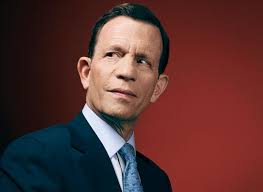 Steve Grossman is the Massachusetts State Treasurer, the only office to which he has been elected in a lifetime in politics. He was chairman of the state Democratic Party. He was chairman of the Democratic National Committee. He was president of the American Israel Public Affairs Committee. He is connected with just about every major political figure in Massachusetts in the last 50 years: the Kennedys, Michael Dukakis, John Kerry, Ed Markey, Barney Frank. He received the gubernatorial endorsement of the state party at its convention in Worcester in June.

Grossman is a businessman. He briefly worked for Goldman Sachs before taking over the family printing and envelope making company started by his grandfather Max, who was an early supporter of John F. Kennedy’s grandfather John Fitzgerald and has always furnished envelopes for political campaigns. He has evolved the business into a successful marketing concern, runs a union shop and pays good wages, and so has received important union endorsements. His liberal credentials are impeccable. He was an early supporter of marriage equality, all five lesbian and gay members of the Legislature have endorsed him, in addition to groups such as Mass Retirees, the Coalition for Social Justice and the Mass Forward Super PAC. On Tuesday, he received the endorsement of the Boston Globe, which praised his work in the Treasurer’s office.

As treasurer, Grossman started the Small Business Banking Partnership, which he says “has helped generate more than $1 billion in loans to small businesses, with an emphasis on businesses owned by women, minorities, immigrants, and veterans.” His program as governor, he says, would be more of the same, “proven leadership and dynamic economic growth that leaves no one behind.”

All your questions answered, no doubt, at https://stevegrossman.com/ 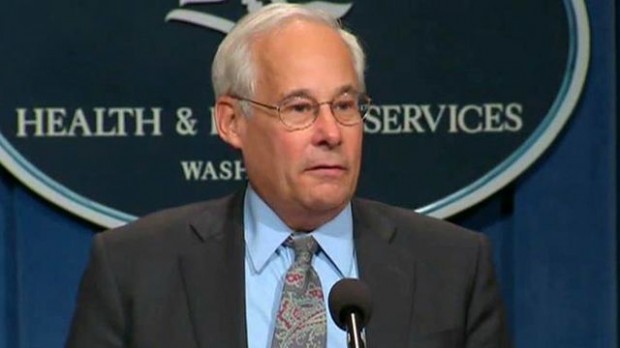 Donald Berwick, a physician and health care advocate, is the third candidate in the Democratic primary.

Donald Berwick is a pediatrician and a progressive health care administrator. He briefly served as the Obama administration’s administrator of the Centers for Medicare and Medicaid Services, but had to quit when it became clear that he could not win confirmation of his recess appointment in the Republican dominated Congress. Before that, he led the Institute for Healthcare Improvement, a nonprofit group devoted to researching and implementing best-practice management of health care systems.

Berwick is a professor at the Harvard Medical School, where he earned his MD. He also holds a Master of Public Policy degree from the Kennedy School of Government. He is a respected expert in his field. Berwick made headlines for saying that 20 to 30 percent of health care spending is wasted money that brings no benefit to patients, that health care rationing by private companies is a reality, and it would be better if the government took it over because then at least it would be rationed more fairly. He cited the British National Health system as a model worthy of emulation in the U.S. The expression of these views sealed the doom of any hope he might have had of a federal appointment.

Berwick’s candidacy is of a piece with a tradition in Massachusetts Democratic politics that sometimes pits idealistic intellectuals who want to change the world for the better against party regulars who just want to maintain control of state government. As governor, Berwick says he would institute a single-payer health care system, eradicate poverty among children in a decade, and focus on job creation and economic growth. For more: https://www.berwickforgovernor.com/ 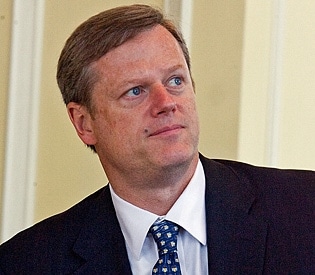 On the Republican side, the frontrunner is Charles D. Baker, a former cabinet member in the administrations of Republican governors William Weld and Paul Cellucci, and the successful CEO of Harvard Pilgrim Health Care. He describes himself as a fiscal conservative and a social liberal, which as a rule is what it takes to win election as governor of Massachusetts if you are a Republican. As the GOP’s nominee for governor in 2010, Baker won 42 percent of the vote against Deval Patrick.

Baker served as secretary of Health and Human Services under Weld, and later as secretary of Administration and Finance under Cellucci. It was in this capacity that he came up with a financing plan for the Big Dig – the mammoth highway project that put the Central Artery underground. In the face of federal funding cuts, Baker set up a trust and sold Grant Anticipation Notes to investors to be repaid as federal funds came in. This scheme kept the project going and allowed Governor Cellucci to avoid raising taxes, but also left the state transportation system underfunded to the tune of $1 billion a year. Look for this to be an issue in the general election.

Leaving state government in 1998, Baker became CEO of Harvard Pilgrim Health Care, which at the time was losing about $60 million a year. Raising premiums and slashing staff, Baker turned the insurance company around; it was consistently profitable and won industry awards for five straight years. Interestingly, Baker is the only candidate in the race with any legislative or executive experience – he served a 3-year term as selectman in Swampscott.

In his last campaign, Baker ran as a social liberal, in favor of abortion rights and gay marriage. He promised to cut state spending by $1 billion through consolidation of state agencies, welfare reform and restructuring public employee retirement benefits. His website stresses the importance of reducing the cost of doing business in Massachusetts, reversing the decline of the manufacturing sector, and creating jobs in emerging industries. He pledges not to raise taxes. He supports the creation of more charter schools and the removal of restrictions on how many students they can accept. Learn more at https://charliebaker2014.com/ 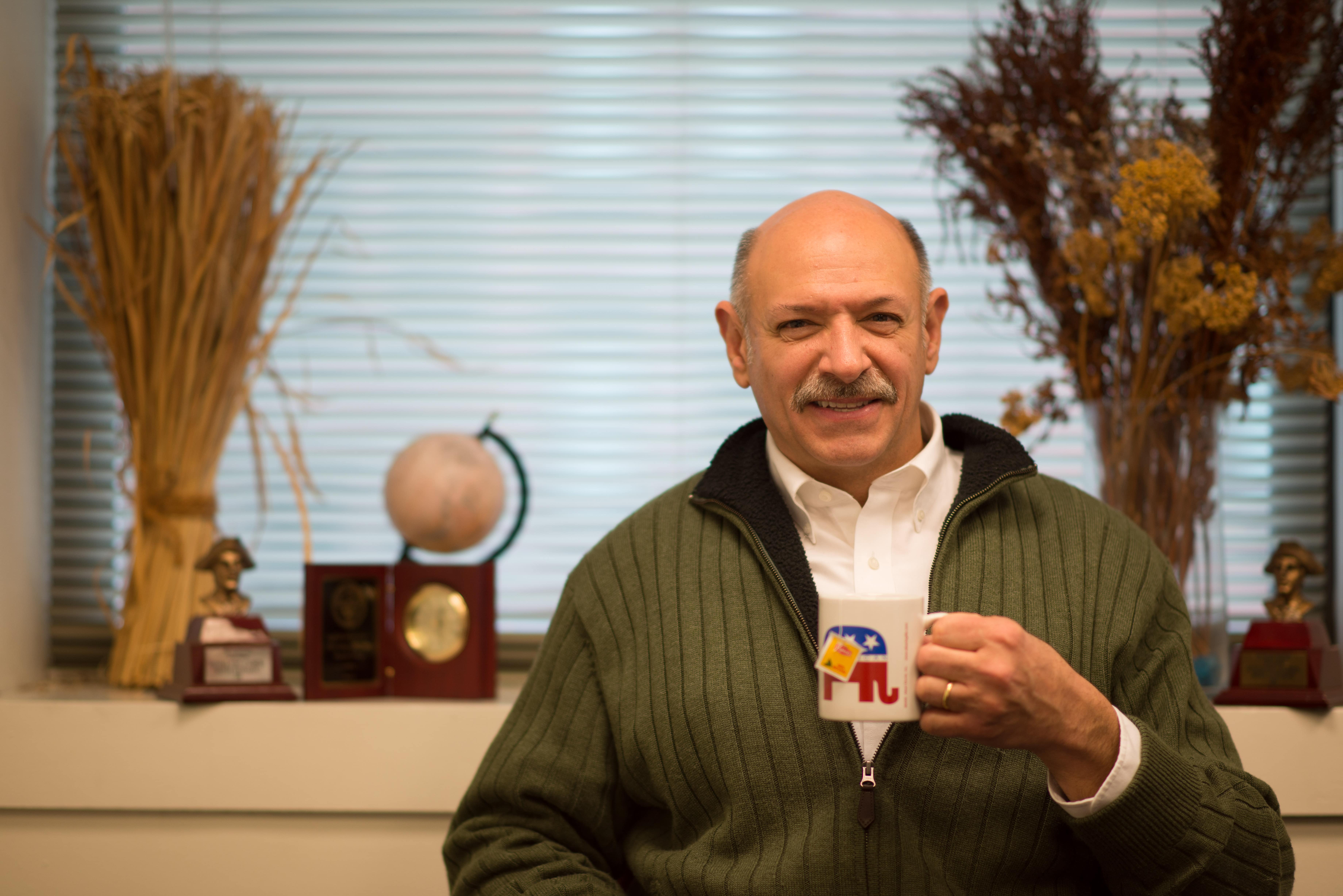 Opposing Baker in the Republican primary is Tea Party candidate Mark Fisher, the owner of a metal fabrication company in Auburn. The Westfield native calls for rolling back the income and sales taxes to five percent and lifting the tolls on the Massachusetts Turnpike, as he correctly points out the state promised to do in 1952 once construction costs were paid off.

If elected, he says he would expel all illegal immigrants from Massachusetts. He would cut both taxes and spending. He says he considers health care a privilege rather than a right, and believes health insurance should be “freed from government control.” He does not accept the scientific validity of global warming. He opposes abortion. Learn more at https://www.markfisher2014.com/

— Gertrude Stein
Read next: BerkShares Business of the Month: The Mahaiwe