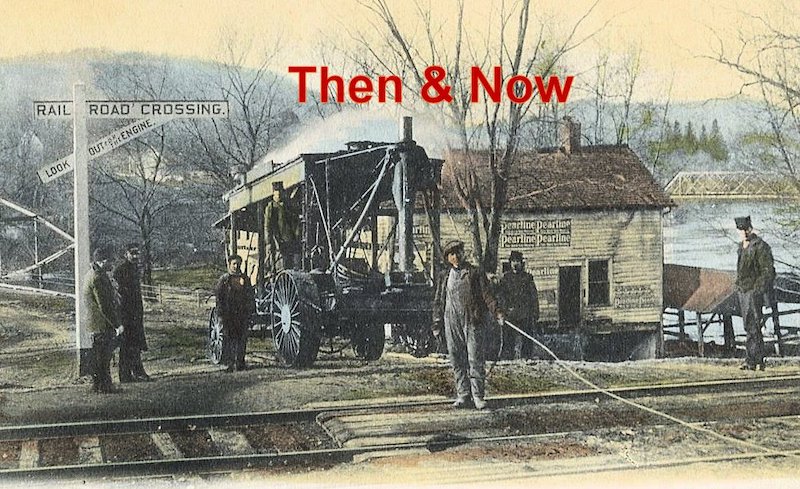 A giant steam tractor is featured in the above, circa 1907, view of the railroad crossing on Glendale Middle Road in Stockbridge. Note the old iron bridge over the Housatonic River, shown far left, and the Berkshire Street Railway trolley bridge, shown far right. According to historian James Parrish, steam tractors such as this one were used to tow agricultural and construction equipment, as well as to power thrashing machines. A present-day view of the crossing is shown below, followed by a recent winter scene in which a black arrow on the right points to a surviving trolley bridge abutment.