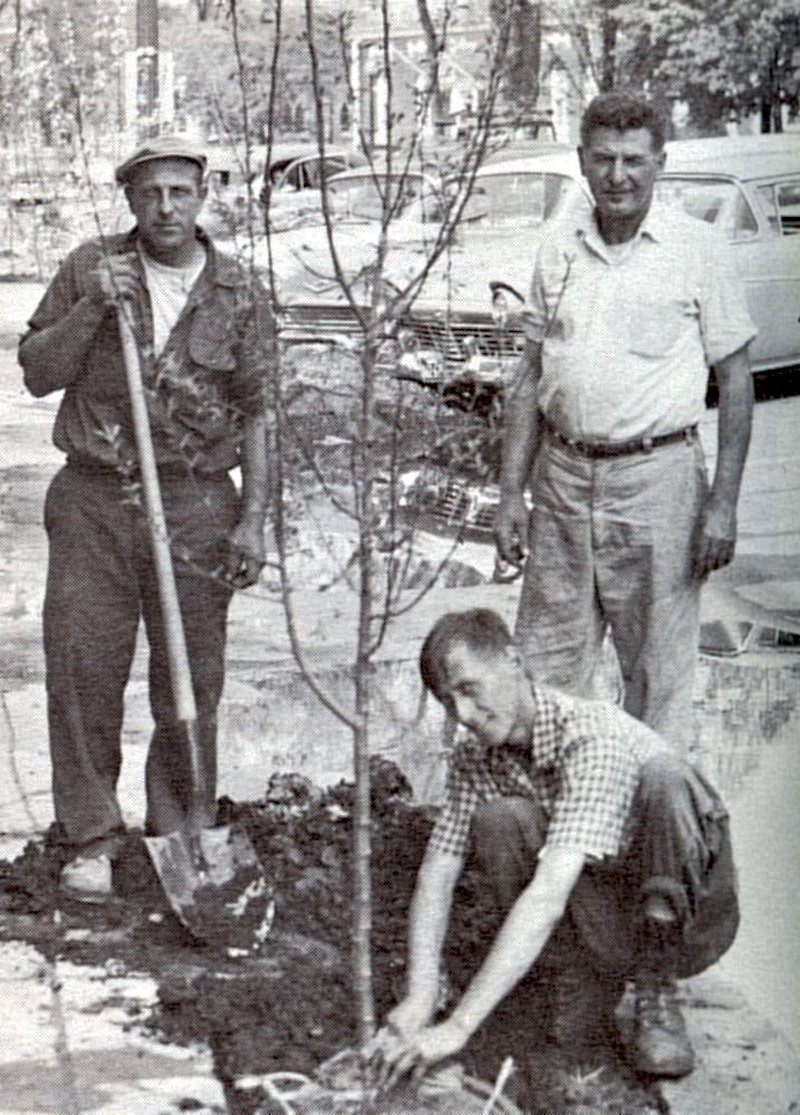 Horticultural superstar Donald Ward Jr. passed away on September 6. He founded the popular Ward’s Nursery and Garden Center in Great Barrington in 1957. Don was a friend to all who knew him.

In 1959, the local Jaycees (Junior Chamber of Commerce) organized a planting of flowering trees to beautify Main Street in Great Barrington — advanced planning for the town’s bicentennial celebration, held in 1961. As shown in the photograph above, Francis Dellea, Adorno Magadini, and Don Ward planted the trees. In 1967, President Lyndon Johnson’s wife “Lady Bird” passed through Great Barrington and later wrote glowingly of the beautiful downtown trees.

Don was a legend in the horticultural industry and active in town affairs including Rotary, Knights of Columbus, Parks Commission, and the Berkshire Hills Regional School Committee. Following are several more photos of Don taken over the years. He will be greatly missed.