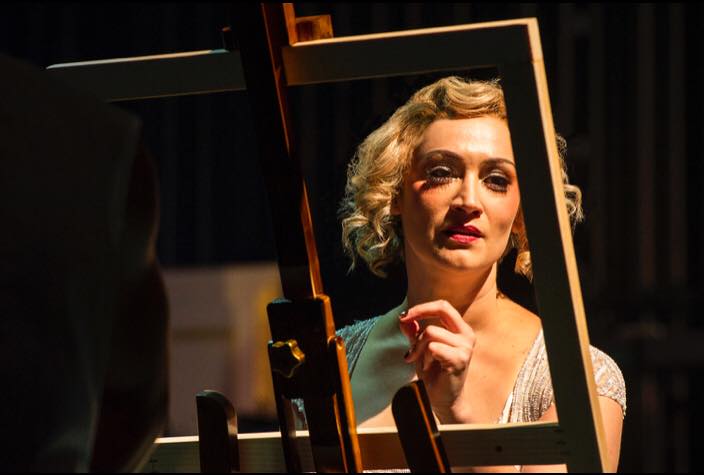 The canon of successful stage musicals that plumbs the soul of the artist is limited, “Sunday in the Park with George” being its exemplar. “Lempikcka,” about the Polish-born portrait artist, experiencing an ambitious world premiere at the Williamstown Theatre Festival, doesn’t expand the list. Burdened by an overstuffed book, banal lyrics and a style-less score, the show tracks Tamara de Lempicka beginning with her aspirational marriage to a Russia aristocrat, their escape from the Revolution and settlement in Paris where she paints to support her family. Financial success and social status accrue but trouble ensues from Lempicka’s affair with her model Rafaela, a prostitute from the demimonde. The backdrop for this period between the wars is the rise of fascism and anti-Semitism. 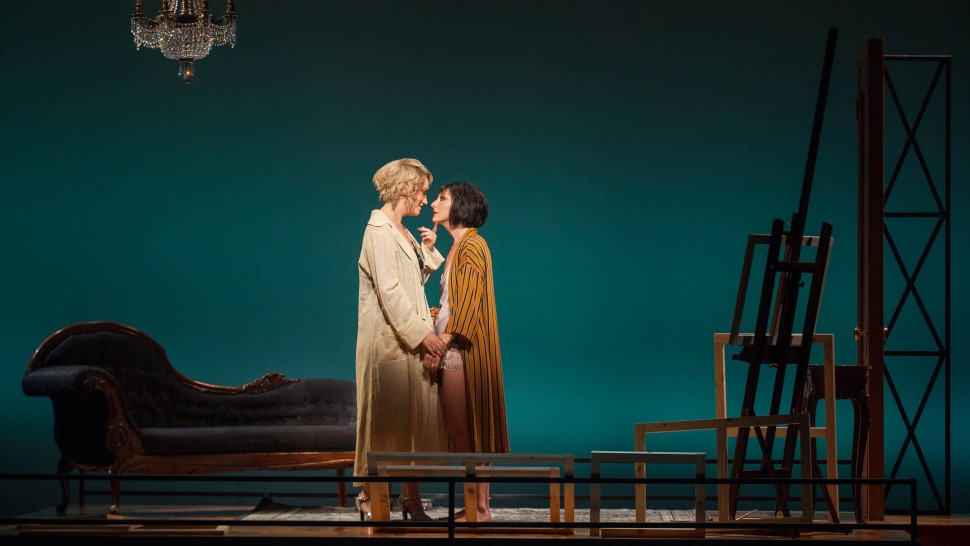 Eden Espinosa, whose major career role has been Elphaba in “Wicked”, carries the title role. Heavy lifting, indeed, as it seems she’s singing half the score herself. Her vocal Lempicka is right from the original Elphaba/ Idina Menzel school of singing – everything ends up big, loud and at the top of her lungs. Carmen Cusack, who distinguished herself as a Southern novelist in the musical “Bright Star”, still hasn’t shirked a twang, which is odd given she’s playing a Parisian hooker. But no matter. Even though Lempicka and Rafaela caress a lot and undress a lot (only to undies), there’s little sexual or emotional passion between the two.

Director Rachel Chavkin copies her running-game playbook for “Natasha, Pierre & the Great Comet of 1812”, except here her production concept is minimalist expressionism. The ensemble soldiers around to severe angular choreography. To puzzling effect, ensemble members wheel around rovers (single-stand spotlights on rollers) which, besides being props which don’t relate to the story, seem to complicate some curious lighting choices. A skinny-dipping scene gets staged clumsily. 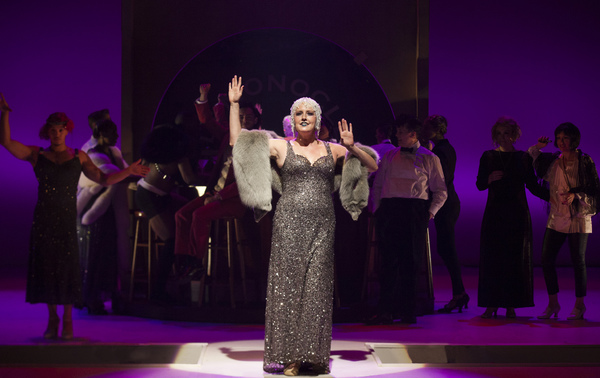 Carson Kretizer’s lyrics run the gamut from school-rhyme to mundane. Describing her bisexuality, Lempicka sings of her husband and lesbian lover, “He’s my north and my south, but she’s the breath on my mouth.” Observing the change of moral and cultural aesthetic after World War I, the ensemble intones “we need a new vision for the future”. Rafaela, the proud prostitute, is equally unpoetic; “I like the smell of piss rising up from the gutter,” she sings.

Matt Gould’s monochromatic compositions get a big assist from some very fine orchestrations and expert musical direction of the 10-piece orchestra, but much of the score sounds indistinguishable from the rest. Two distinctive numbers emerge: an all-too-brief, almost throwaway, Josephine Baker-style jazz club ditty and a rockish ballad near the end of program (but where Cusack starts alarmingly to sound like Cher).

“Lempicka” could use a lot of cutting. A good start would be the entire solo of a terminally ill minor character who sings “What would you do if your blood was at war with itself?” In the end, from a new home in California, Lempicka ruefully looks back at her life to wrap the show up rather hastily compared to all the travails that came before. Finally, “Lempicka” allows some fleeting, touching moments. But at this point do we care? After enduring fortunes lost, fame and scandal, prejudice, lost husbands and lover, Nazis and rich French snobs, the major theme of Lempicka’s story is survival. After almost two hours forty-five minutes including intermission of “Lempicka,” same here.

Lempicka plays on the main stage at the ’62 Center for Theatre and Dance at Williams College, 1000 Main St., Williamstown, Massachusetts, through Wednesday, Aug. 1. For information and tickets, see the Berkshire Edge calendar, go to wtfestival.orgor call the box office at (413) 458-3253.