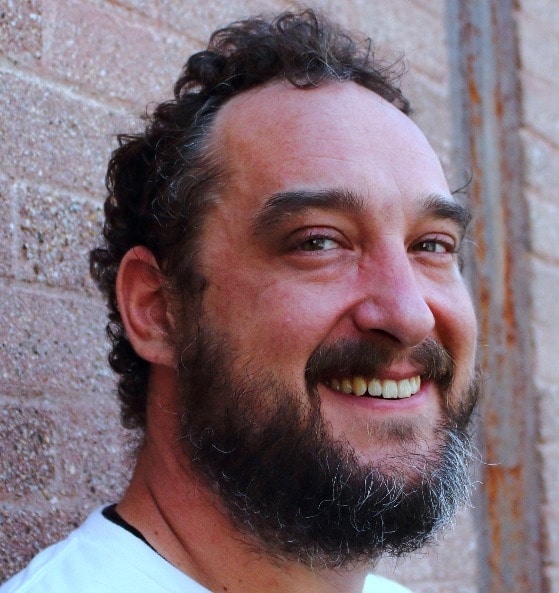 “Why didn’t I just ask her ‘why?’ from the beginning?”

New plays are always worthwhile. This recently published work is seeing its second appearance in Pittsfield, following a staged reading earlier this year with much the same cast. Four college students go through rough patches in their friendships, one of which stretches into marriage. One is a physicist and one is a talented dilettante. One is a quirky city-dweller and one is land-bound and farm-bred. They bring with them their early observations and beliefs and they leave behind in their wake quirky attitudes and even shakier relationships. The play is a comedy, but don’t expect hearty laughs; instead, prepare for a psychological parade of issues and oddities that pervade the lives and attitudes of the young.

The friendship of Scott and Sam is typical of young men: open-handed roughness combined with sympathetic sexual assurance. There is little that’s new or revealing about their friendship. However, as presented, it is an understandable if unremarkable pairing of two guys who recognize their differences and appreciate what each brings to their association. Scott, played by Magnus MacLeod, is the more brash and buoyant boy, able to leap tall issues with a single bound and tackle the most insolent issue with good humor and a jolly “come what may” attitude. MacLeod gets this perfectly. But when the issues deepen and darken, from Sam’s interest in marriage to his failure in the same darkness, MacLeod’s acting takes on a distinctly out-of-his depth aspect. The early richness, dipped in humor, loses that hot-chocolate sensibility as he paddles around in the mugging and sorrowful gestures that lose the battle for reality. It’s a pity, too, for he starts out so well.

Scott’s girlfriend, Abby, is played with beauty and charm by Meaghan Rogers. She continually plays her role with an intense sense of correctness that keeps her character real, honest and understanding. She lets us feel what she feels, even in her horrible bridesmaid dress (an idea I’ve seen played out in movies and plays, but never so wily as in this play, where the dress with its break keeps its contents on view at all the wrong moments).

Rogers has a lovely voice and sarcastic smile that help define Abby. She is a young woman with an older woman’s reality when it comes to romance and its dangers. Rogers’ Abby keeps secrets but reveals the fact that she has some to keep hidden. The actress plays the internal well and never falters when she reveals what she knows to make her audience feel guilty about hearing them. This particular trait is as unique as a cow giving chocolate milk and just as much fun.

Gwen, the city girl, is played at the Whit by Sam Therrien. Of the four she is the odd man out. The seeming big-city sophistication slips into a Greenwich Village misfit made manifest and obvious in the small-town arena of this play. Therrien plays the outer limits of this character in such a way as to say, “Here I am, whoever I am, so make the most of it while you can.” She has delightful interludes, toying with both men while compelling Abby into girlfriendhood. However, as she plays out the awkward love story with Sam, she also reveals the girl’s inner core of cynicism. The actress may not be as curious as her character, but that is something only another role for her would reveal, for there is such a natural style of playing in position here that it’s hard to tell one from the other.

New to the play is Devin Trager as Sam. He has a devilish look that is never put to good use in this production, for his character wouldn’t allow for it. He also showed a tendency for sloppy diction that obscured some of his dialogue (a trait he shared with MacLeod, by the way, making it a boys’ thing). Most of the sensitive material in the play belongs to Sam, and most of it was extremely well-played by Trager; I certainly felt his pain in the harsher scenes that run throughout the script. This actor has the pivotal role in the play; the other actors encircle him and his emotional/intellectual responses to the life he leads. So much depends on Sam that a strong performance is called for and Trager does well by most of them. Less familiar with the play than the others, he suffers slightly from that small loss.

Director Jackie DeGiorgis does a neat job keeping this play moving and moving us at the same time. She never exploits the comedy in a scene, but lets it float as it can. Instead she uses spatial relationships on the small stage at the Whit to make things reasonable. This is a clever choice, for the stage lighting is minimal, designed by Joseph Sicotte. The play, in one act, runs exactly 90 minutes. As I said at the start, new plays are always worthwhile: This one certainly is.

Orion plays at the Whitney Center for the Arts, 42 Wendell Ave., Pittsfield, Massachusetts, through Saturday, Sept. 28. For information and tickets, see the Berkshire Edge calendar, call (413) 443-0289 or go to thewhit.org.