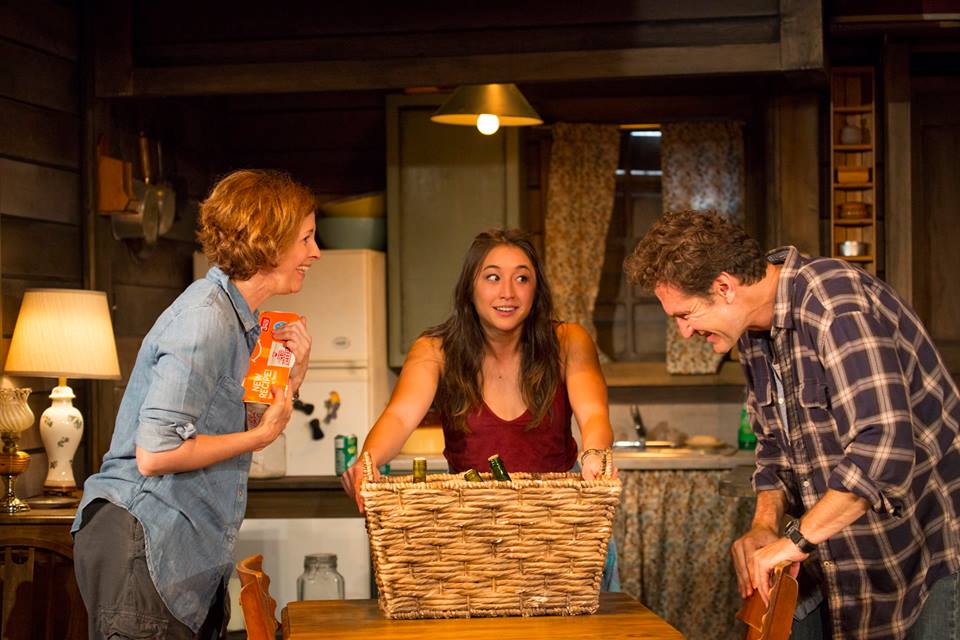 The Birds
By Conor McPherson
Directed by Julianne Boyd

“The Birds,” McPherson’s 2009 theatrical adaption of Daphne Du Maurier’s 1952 short story (totally different from Hitchcock’s famous film adaptation inspired by same) will never compare to his best work like “The Weir,” “The Seafarer,” and most recently, “The Night Alive.” Sadly, BSC’s stab at it confirms that. In McPherson’ cannon, Irish goblins, ghosts and God are his signature motifs. In “The Birds,” the motif is, well, birds (apparently crows, which have their own symbolism, but I digress). 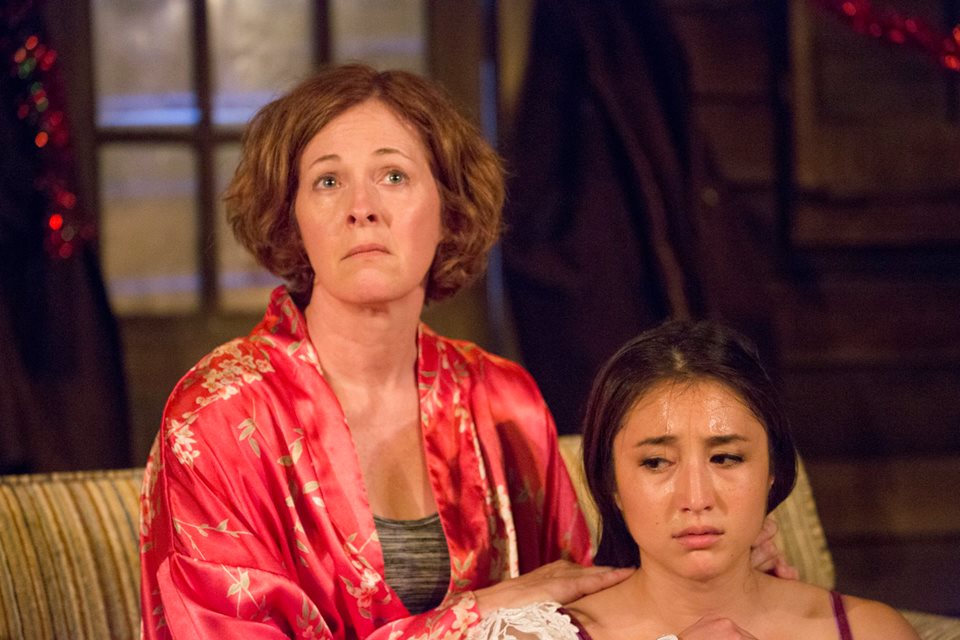 Three strangers – a youngish man, middle-aged woman and younger woman – find refuge in abandoned rural cottage from a global plague of flocks of birds, which decimate everything in their path. The unstable Nat suffers from having been committed for psychiatric care by the girlfriend who abandoned him. The affluent novelist Diane, in midlife funk, is estranged from her only daughter. The immature Julia tells tales that don’t add up to Nat and Diane and imply she’s a recent victim of sexual assault. The 90-minute drama, without intermission, pivots around how these pathetic folks survive after the sudden appearance of a mysterious loner who lives across the lake from the cottage.

“The Birds,” I suppose, could be seen as a parable about what underpins civil society. Can human trust overcome animal instinct? What happens when nature revenges what man has created? Heady questions, which are asking a lot from an ostensible thriller that doesn’t muster a whiff of tension in staging or in characters. Pacing is rather listless and scene changes rather choppy. The casting choices of the trio are curious. Their acting seems under-rehearsed, which begs the question: Even with the most skilled of actors, is it possible to ready shows – especially those dealing with psychological subtleties – with summer-season limited rehearsal?

Sound design was effective: The crows’ cawing, coming from different parts of the small St. Germain Theatre, was a diversion but my mind kept wandering. Where had I seen a man and two women stuck in a country place before? Ah, yes…Harold Pinter’s “Old Friends.”

My attention perked up with the short appearance of Tierney, the loner from across the lake, played by Rocco Sisto, who conveyed menace and intrigue for too brief relief. With just the trio on stage, my mind started to wander again, this time, apropos of the avian-induced apocalypse, to the viral plague of Stephen King’s “The Stand.”

By play’s end, I concluded the unappealing characters hadn’t experienced much change or, if they had, I missed the drama. Oh, well. As an enthusiastic admirer of McPherson’s work, at least I can now say I saw “The Birds.”

The Birds plays on the St. Germain Stage in the Blatt Center for the Arts, 36 Linden St., Pittsfield, through Saturday, July 8. For information and tickets, see the Berkshire Edge calendar, call the box office at (413) 236-8888 or go online to www.barringtonstageco.org.

— Pauline Kael
Read next: THEATRE REVIEW: At Fitzpatrick Main Stage ‘Children of a Lesser God' is a 'testament to tolerance'