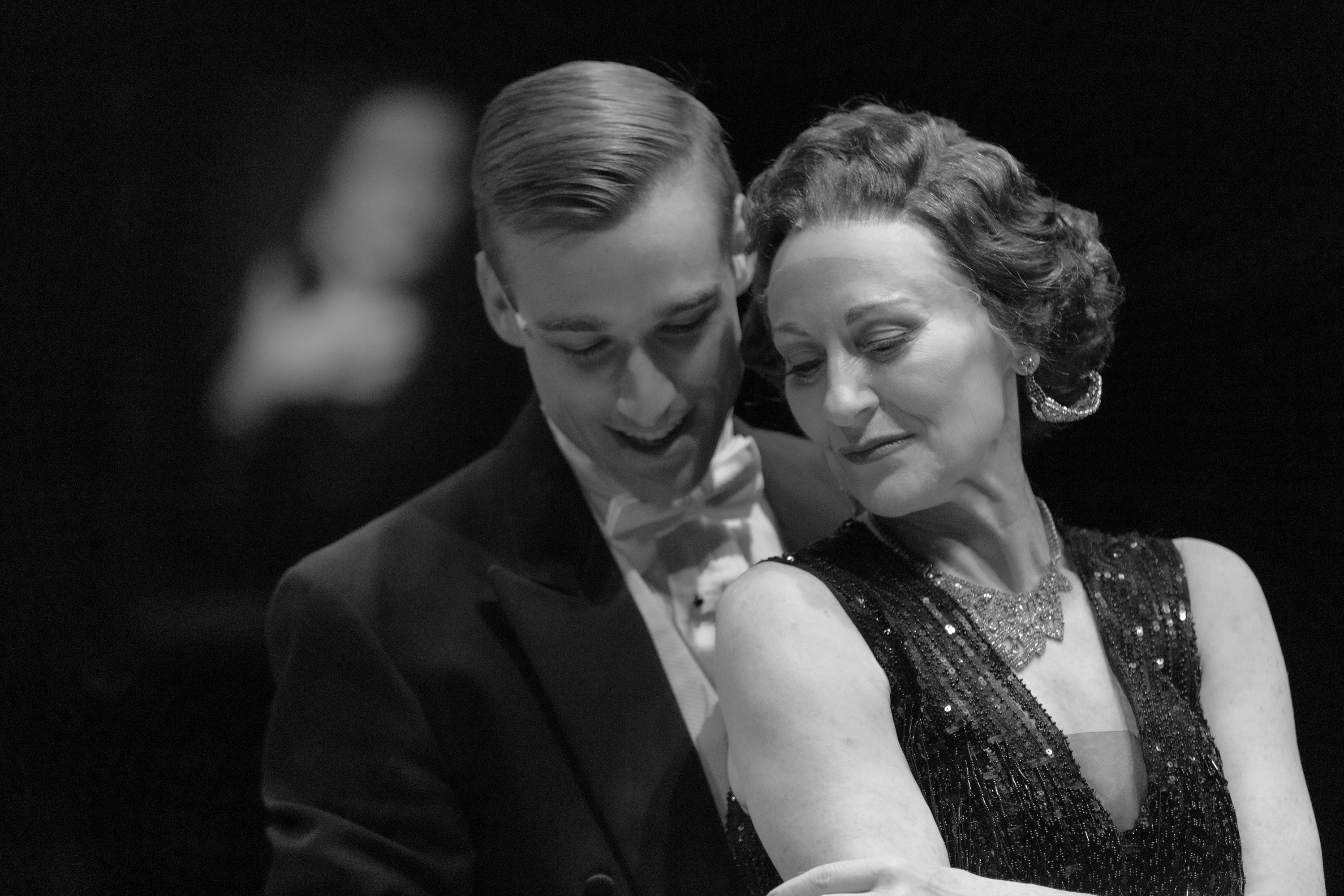 “It just may be the perfect year.”

Make a perfect movie, let it rise to the status of a classic, then make a musical out of it. It’s a story old as time. Oops—wrong show, wrong film. Looking back further to 1950, there is “All About Eve.” Turn it into “Applause” and what do you have? Mediocre musical and soured experience when you watch the movie. Same year: “Sunset Boulevard.” Now what do you have? Mediocre musical. This latter show is now onstage at the Mac-Haydn Theatre in Chatham, New York, and its a real shame because a lot of fabulous talent is involved and the result is a show that is overly true to its source but not to its original star, Gloria Swanson, who really gave it her all and brought her back to the limelight for a while. The trouble with the show is its music, which only reaches for the stars once or twice. The trouble with the production is it just never reaches for the essence of the original stars.

This is a story about a silent film star attempting a comeback in films and romance. Norma Desmond was the silent screen star others looked up to for her emoting and her glamor. She epitomized what it meant to be a star. Her acting and her life were both outsized, grand, romantic and overwhelming, and that is what is needed in the musical now on display in Chatham. Norma is always the top, the best, the finest, the grandest and the most envied. While actress Elizabeth Ward Land has a remarkable voice and perfect cheekbones and a lithe body that wears Jimm Halliday’s stunning gowns beautifully, she never achieves the mythic grandeur of Norma Desmond. Her gestures are small and her head never cocks to expose a pristine and taut neck, and her arms never grab hold of the air and hold it still. She never shows us the thrill of an ego that cannot be suppressed. She tells us of these things, though not in so many words, but she never shows it. That is a real shame, for, in her two major songs—the best in the score—”With One Look” and “As If We Never Said Goodbye,” she tells us beautifully about her self-esteem and her need to sustain it. She has given us a three-quarter degree performance and that’s a shame, for a brilliant Norma elevates this show a great deal.

One thing about this script that has always fascinated me is the people—there’s really no one to like or root for. The message behind the story is a simple one: Everyone in Hollywood is smarmy, wants something from everybody and is not to be trusted. Joe Gillis is among that crowd. As played by Pat Moran, Joe is just that. He is handsome, a deadbeat author who accepts, all too easily, a setup that will give him a cover and guarantee his pleasures. Moran makes the sleaziness in all this marginally acceptable and his ultimate romancing of Norma leaves you wanting to wash your hands. This actor sings beautifully and moves with the grace of a lion stalking a victim. I liked him very much.

As the other man in a triangle relationship, Moran has two such trios to play with. First, there is Norma, him and her butler, Max, who has a very deep investment in Norma. Joe also has Betty Schaefer, an editor-turned-author, and her fiance, an assistant director named Artie who is Joe’s best friend. Betty is played beautifully, almost ethereally, by Rachel Pantazis. Artie is undertaken by the talented Jonah Hale. Max, however, is played in an almost Erich von Stroheim likeness by James Zannelli. As good as he is, it was a shame to waste him in a role that only gave Zannelli two major spots in which to sing, for he has a fine, fine voice and it would have been a pleasure to hear more of that.

The show is filled with evidence of talent. Erin Kiernan’s scenic design is remarkable and the lighting design work by Andrew Gmoser is absolutely perfect for this “film noir” musical. Hair and makeup work by Matthew Oliver is picture-perfect for the period of the show. And risking censure for repeating myself, Jimm Halliday’s costumes are exquisite. John Saunders has delivered an almost ideal picture with the noted above exception. Musically, the ensemble sounded wonderful in their numbers and the pit band, led by David Maglione, could not have provided more musical support. If only the composer could have written better music or even just more then four themes, some of them already familiar from his “Phantom of the Opera” score.

No matter what, this will never be my favorite show. In Chatham, it is already not my favorite of the season, but the performances are worth the price of the ticket and the costumes will make you think you’re in Paris for fashion week but without the usual airport hassles. I most certainly approve of this option.

Sunset Boulevard plays at the Mac-Haydn Theatre, 1925 Route 203, Chatham, New York, through Sunday, June 30. For information and tickets, see the Berkshire Edge calendar, call the box office at (518) 392-9292 or go online to www.machaydntheatre.org.