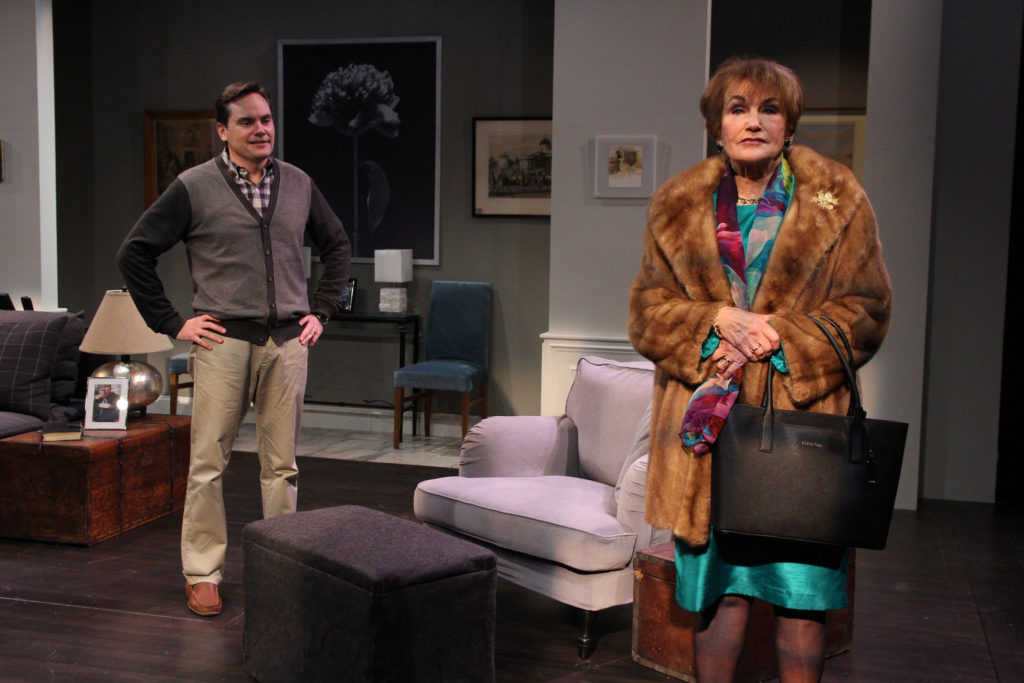 Eloy Garcia
Bill Mootos as Cal and Annette Miller as Katherine in the Shakespeare & Company production of 'Mothers and Sons.'

Mothers and Sons
By Terrence McNally
Directed by James Warwick

When it premiered in 2014, some regarded Terence McNally’s “Mothers and Sons” as a melodramatic, even facile, chronicle of the revolutionary changes in the lives of gay American men since the pre-AIDS 1970s. The fine, new production at Shakespeare & Company — by dint of a riveting performance by S&Co regular Annette Miller — shines new light on McNally’s terrain, revealing not just a tale of intergenerational reconciliation, but also the tragedy of a woman’s lifetime of loneliness.

Katherine Gerard, a recent widow from Dallas, visits Cal, her deceased son’s partner, 20 years after the son, Andre, an actor, died of AIDS. Cal has settled securely into a comfortable, married life of Manhattan affluence with a younger husband and 7-year-old son. Bill Mootos as Cal and David Gow as Cal’s young husband, Will, are both excellent, as is a young Evan Miller as their boy. But at S&Co, this is Katherine’s story and Ms. Miller owns it beginning to end. 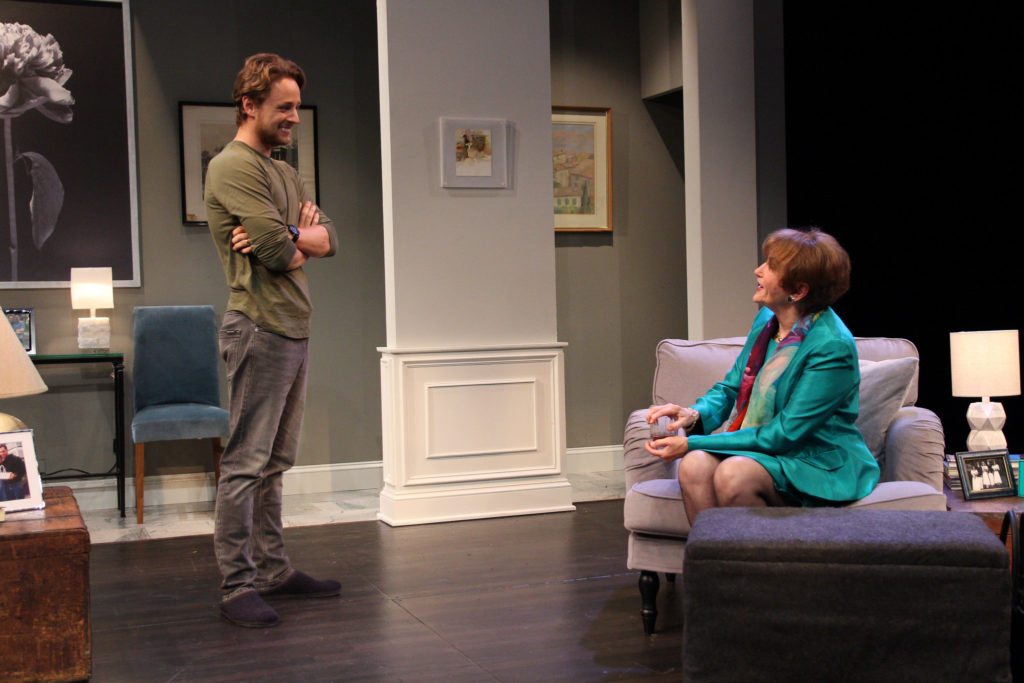 David Gow as Will and Annette Miller as Katherine in the Shakespeare & Company production of ‘Mothers and Sons.’ Photo: Eloy Garcia

As Cal reminisces to Katherine about his and Andre’s relationship, McNally records details of pre-AIDS New York gay life — the discos, the theater, the partying — then the AIDS benchmarks — the blood tests, the how-did-I-get-this, the dread and the death. This is heavy material enough, but McNally’s key plot element is that Katherine, feigning denial, never accepted Andre’s sexuality — she was estranged from him, even in his fatal illness.

McNally reveals details about Katherine’s life as precisely as he does about the “gay experience.” Katherine grudgingly, then painfully, opens up about growing up in the “wrong” town in Westchester, landing a husband to escape, hating housewifing in Dallas. Katherine’s Andre was all that mattered: He was the love of her life. When she confronts Cal with (I’m paraphrasing) “You found someone else to love … Andre was all I had,” it hits the gut hard.

Ms. Miller completes a portrait of a woman whose personhood was never fully expressed. Even with a cold shrug, the chip on Katherine’s shoulder is rock solid. Her tongue is sharp. Her heart’s been cauterized with scarring pain. With impeccable timing, nuanced vocal shifts and calibrated movement — the adjusting of the skirt, the nervous twitching of hands, the folding of the arms in self defense — Ms. Miller creates an indelible, psychologically credible, pathetic character. “Mothers and Sons” covers lots of emotional ground. To see it just for Ms. Miller’s extraordinary performance is reason enough.

Mothers and Sons plays on the Elayne P. Bernstein Theatre stage at Shakespeare & Company, 70 Kemble St., Lenox, Massachusetts, through Sunday, Sept. 9. For information and tickets, see the Berkshire Edge calendar, go online to shakespeare.org or call the box office at (413) 637-3353.