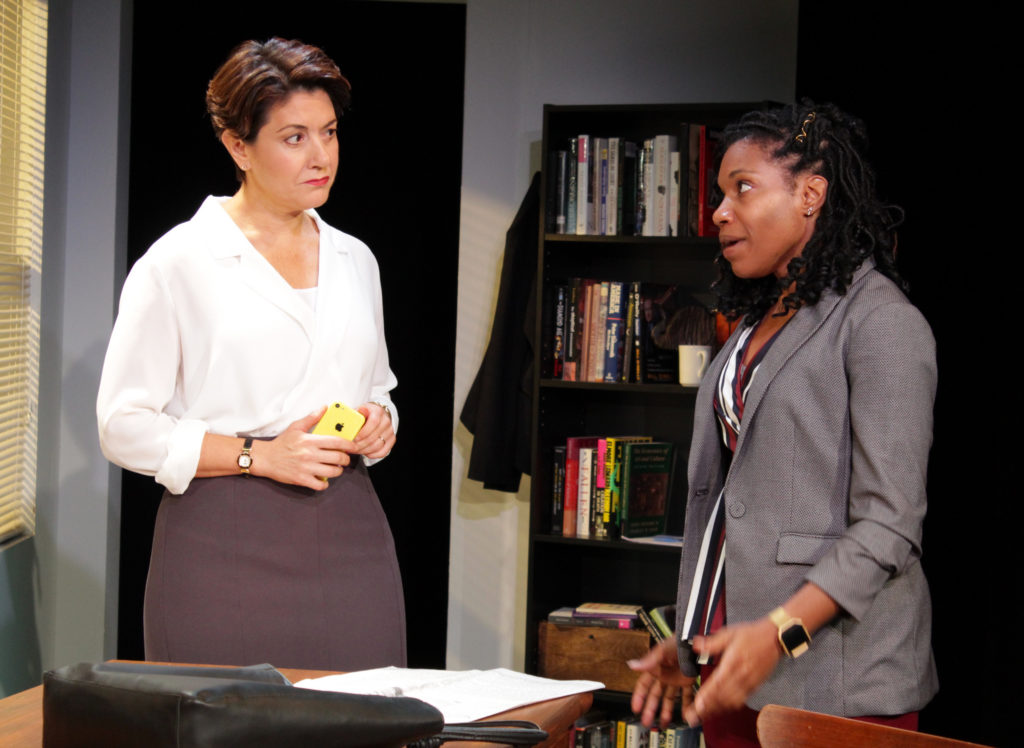 No matter how important a playwright’s theme, its drama requires the convergence of character and plot. Sadly, that doesn’t occur in Rachel Lynett’s well-intentioned, telegraphically titled “Well Intentioned White People” at Barrington Stage Company. The heroine, Cass, a late 20- or 30-something African-American professor, is on the verge of attaining an almost assured tenure when her car is scraped with the “N” word. Cass intends to ignore the event, not wanting anything to complicate her tenure review for her thesis in African-American political culture. But when Cass’s live-in ex-girlfriend leaks the incident to the press, Cass becomes the poster child for racial justice, with the college administration pressuring her to host a weeklong protest. However, Cass has concealed—and left unreported to police—a pattern of harassment that preceded the car incident. She confides in a trans male friend, drinks a lot and, in her keynote speech, somewhat drunkenly accuses the establishment of engaging in nothing more than self-indulgent, white guilt. 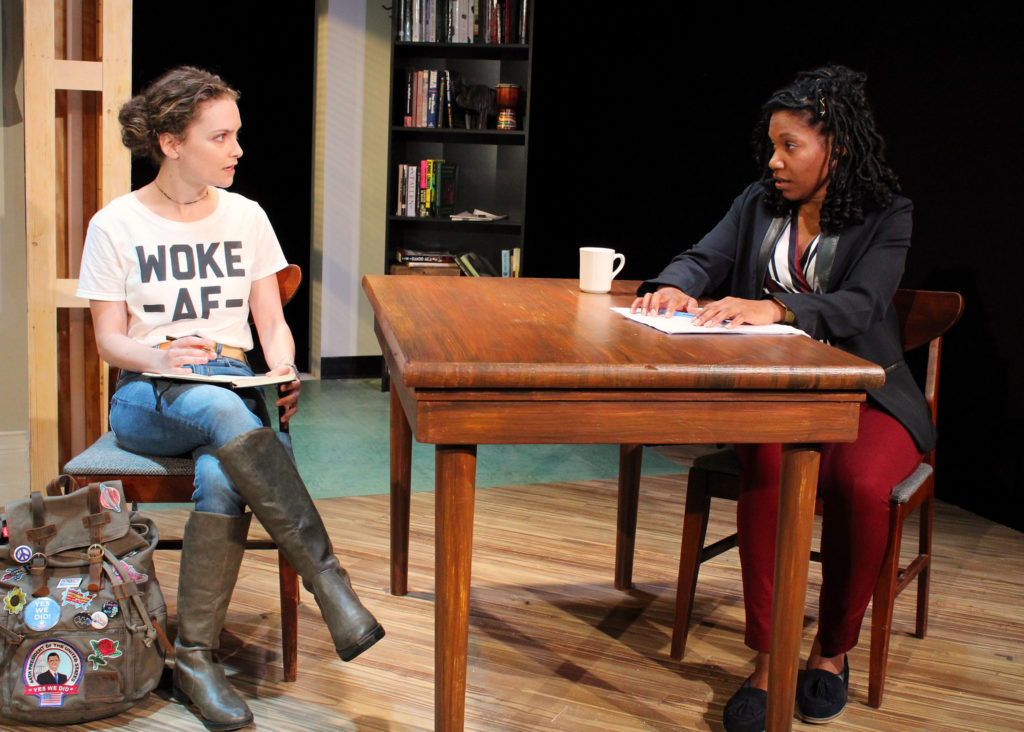 Does Cass still get tenure? That question is never fully resolved (although she has clearly put tenure at risk). The play’s open end isn’t troubling in itself. The problem is that Cass’ character doesn’t make sense. The conclusion suggests Cass finds some kind of reconciliation. But how does this make sense for a Black woman who has dedicated her life study to Black struggles, who may have lost her lifetime reward of personal achievement and professional security?

The cast performs ably enough, given they don’t have much character to dig into. Myxolydia Tyler as Cass does some heavy lifting as so much about Cass goes unexplained or is inexplicable. Andrea Cirie has the especially thankless role of the college dean who epitomizes white liberal hypocrisy, but her character is written so thinly that what might be trenchant satire emerges as cartoon.

The real drama lost somewhere in Lynett’s confused work is the tragedy of a person who, by fateful combination of shortcomings in her own judgment and events foisted upon her for which she has no control, sees her life goal at risk. That’s tragic but, without solid character development, there’s no drama in it—no matter how important it is to remind that even the subtlest of racism is still racism.

— Mark Twain
Read next: REVIEW: Sexy, philosophical 'Candide' by the Knights at Tanglewood