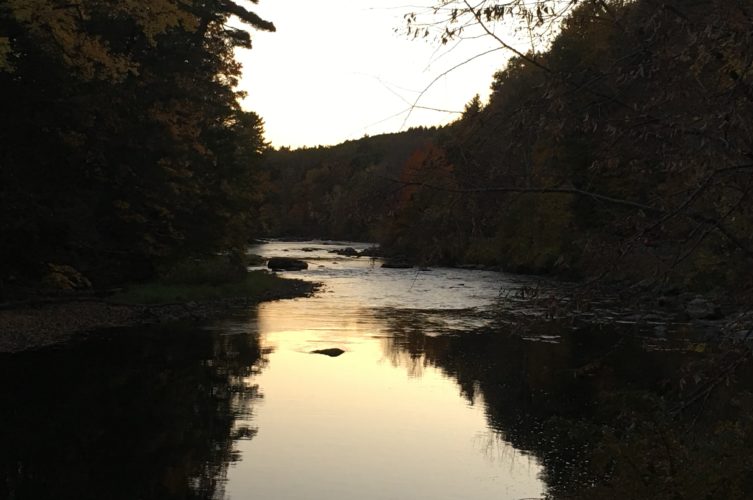 The Edge has continued its exploration of fantasyland with another episode of It’s Not That Simple, where elected officials tell us why their jobs are too complicated.

I met Bryan Olson when he first came to Lenox Town Hall close to 27 years ago. I’ve spent countless hours talking to him and negotiating with him. He is hard-working and principled. Much of what he said he’d do at the EPA he’s done. The remediation of the first two miles has accomplished more than I imagined and I thank him and the EPA team for that.

The one area where he and EPA has failed us — and in the process betrayed a promise they made to the Housatonic River Initiative (HRI) during our 2000 negotiations — was to wholeheartedly and systematically investigate and supervise a series of pilot projects for alternative remedial technologies.

In the course of these two decades, remarkable progress has been made with varieties of thermal desorption — heating PCB and dioxin-contaminated soils and sediments — and reducing toxicity to minor levels so that these soils can be used to cover landfills, etc.

Some of you might remember or have read about how the U.S. used massive amounts of agent orange contaminating large areas of Vietnam with dioxins. Well, the USAID working with the government of Vietnam picked thermal desorption over many other technologies to clean the Danang Air Base of dioxins and achieved great results. We should have had a test of thermal desorption on Housatonic soils and sediments years ago. Along with a whole range of other promising technologies. The fact is our region of the EPA has demonstrated its bias towards landfilling and once again will allow yet another massive PCB-dump in Berkshire County.

Why? Because thermal desorption takes a massive amount of contaminated soils and sediments and isolates a very small quantity of PCBs and/or dioxins. Why? Because it is a solution that doesn’t involve massive landfilling.

Of course, all sorts of folks will say that toxic landfills are safe. And it’s safe until the moment it’s not. Look around. Where do we see toxic landfills? In upscale white communities? I’ll leave it you to investigate the shockingly limited liability waiver of the landfill liners, the cases of communities facing leaks from their toxic waste dumps, the studies by epidemiologists of increased disease associated with proximity to landfills.

Now on to the self-satisfaction of local negotiators who because some of them were elected or others appointed know more than their local citizens. Having negotiated with both EPA and regulators from Massachusetts, GE, even the Department of Justice, the bizarre claim that Great Barrington’s negotiators couldn’t hold public meetings to ask us what we thought or we wanted or what solution we’d settle for because that would compromise their negotiating position is close to hilarious. Some of us have been at this since 1980. The idea that there is something GE or EPA and Mass DEP hasn’t heard a hundred times with a hundred variations is nonsensical. There is absolutely nothing that the towns gained that HRI hadn’t asked for the last decades. They settled for far less than they should have.

Somehow, it was OK to hire an expert on odor regarding a pot-growing facility but our negotiators didn’t think about hiring experts of the health effects of PCBs, the best way to remediate the Housatonic, or an expert on remedial technologies. A dinky little pot farm versus a river that flows through our community and will forever. You think maybe the people of Great Barrington and Housatonic would have wanted to fight for a Rising Pond they could safely fish and swim.

Town negotiators didn’t hold public meetings because they thought, imagined, believed that they knew better. Which if you’ve tried to involve yourself in local politics you know is par for the course. Like how well they’ve solved our parking problem. Or made it safe to cross Main Street.

Contrary to the bizarre — even offensive — implication of the interviewers, no one I know wanted to “punish GE.” And I say this having known far better than the interviewers who did the actual punishing in this story. GE punished its workers, lying to them that it was safe to work up to their elbows in PCB-oil. They punished Pittsfield homeowners by lying to them that the fill they gave them for their front and backyards was clean, not contaminated. GE punished all of Pittsfield by contaminating their large aquifer with toxic chemicals. GE punished all the small business owners along Newell Street by refusing to negotiate with them in good faith even though they knew the land the businesses sat on was contaminated. GE punished Berkshire County by not voluntarily telling state and federal authorities where their contractors dumped PCB-contaminated fill. GE punished all of Berkshire County and all the towns bordering the river by falsely claiming for a decade that there were only 39,000 pounds of PCBs in the river when they knew at least a million and a half pounds had left their Pittsfield facility and made it into the river. By the way, the agency that facilitated this negotiation with EPA on behalf of our towns passed on this GE propaganda for years.

Punish? So many of the GE workers I interviewed died without justice. All they wanted, and all river advocates have demanded, is for GE to do the right thing. To give us back a fishable, swimmable river. That a handful of local officials have substituted their limited judgment for the desires of an entire diverse community is a travesty. And undemocratic.

While so much attention is rightfully directed to solving the two critical problems of systemic racism and COVID-19, let me humbly suggest a parallel. Much like the Senate bill which mostly calls for study and more discretion — the age-old let’s-not-move-too-quickly approach — the River Compromise surrenders to the same impulse: it’s too much to demand true justice — a fishable, swimmable restored River. Let’s take the compromise and move on. What the River needs is for us to demand a true River Revolution — truly reduce, not move and dump the poison. At least give the river a fighting chance.