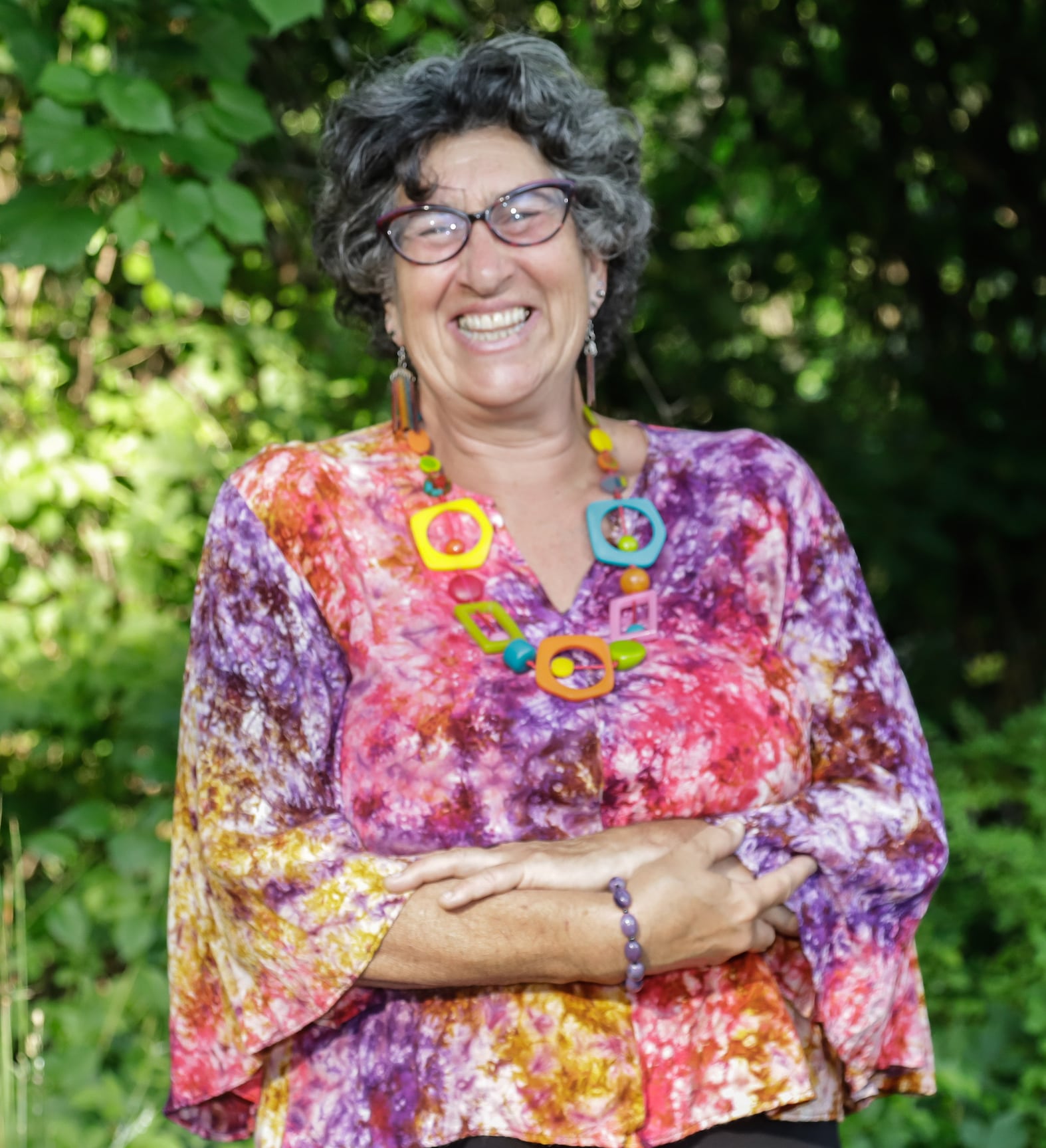 Jeanne Bassis is turning her life experiences into fun through a series of playshops (the antithesis of workshops) for kids and families. Photo: Ilene Cutler

Housatonic — Jeanne Bassis is a firm believer in Peter Pan’s philosophy: “I won’t grow up!” The Southfield resident, who is “officially a senior citizen” after turning 65 in December, has dedicated her life to play in a huge way. “I’ve always been drawn to community and creating community,” she shared in a recent phone interview that touched on two seminal beliefs: first, the power of coming together in circle; second, that play is a huge equalizer. When the pandemic hit back in March, Bassis — a longtime educator — began thinking about how to support kids and parents at home. She quickly set her sights on creating a Playshop Video Series for Kids and Families with a single goal in mind: getting people of all ages to come together and play. “More than ever, families need to create the time to play together,” Bassis explained of the YouTube videos. “The skills necessary to prepare us to take on the challenges of this world are accessed through play,” she added, noting the importance of “intergenerational play [which becomes] fun for the whole family!”

Bassis grew up in Manhattan, in a brownstone across from Central Park West, surrounded by other kids. “Every chance I got, I was there,” she said of the park or dropping in on her mother, who taught nursery school. That said, her own path to becoming an educator was circuitous. “My image of a teacher was someone who changed the bulletin board every week and made people color in the lines,” she recalled, adding “that was never going to be me.” Instead, she spent time working with individuals with special needs as early as senior year in high school when she volunteered at the state hospital in Queens working with individuals on the autism spectrum; she went on to get her master’s degree in special education, then moved to northern Vermont, where she started an early childhood/special education program in a rural part of the state where there had not previously been a program.

“Whatever I do with kids … music and singing are always part of it,” said Bassis, who cites camp as another huge influence on her life. And then there is creative movement. After moving to the Berkshires 25 years ago, Bassis taught dance at Kripalu and even traveled to Russia with Hunter Doherty “Patch” Adams — an American physician, comedian, social activist, clown and author — who, each year, organizes volunteers from around the world to travel to various countries where they dress as clowns to bring humor to orphans patients, and others in need of connection. At home, again in the spirit of play, she hosted a radio show on WBCR for more than a decade. Bassis called the timing of this video series auspicious, coming “during such a time of world crisis, fear and panic … scarier than any of us could have ever imagined.” While she does not claim play to be an antidote to the current state of affairs, she has seen first-hand the benefits of a more playful perspective.

Bassis strives to bring a sense of playfulness and “lighthearted curiosity” to the table while encouraging others, regardless of age, “to be more playful from the inside out.” Tune in to an episode, and one can’t help but notice: Bassis is bursting with ebullience. “Play is in my spiritual path, it is what I come back to when I forget how to take care of myself and when I get very overwhelmed by the world,” she explained, noting there are a lot of ways to play, which, for some, isn’t always fun. “Play is about staying focused on being in the moment,” which, when the moments feel chaotic and cramped, can be tough. Challenged by rural internet and the inability to host live Zoom sessions from home, Bassis was instantly at ease in front of the camera. “I’m just pretending I’m in a group with live people,” she said, missing only the feedback that would come from being together in circle with kids in person. The goal for her series, which numbers 17 videos at present, is 100.

“I have a huge treasure chest of playful tools inside of me,” said Bassis, who sees play as healing. Perhaps this is the most important takeaway: “When people laugh together, live together and sing together — [especially] about working together and working things out with bodies and voices and feelings — they learn to deal with the onslaught of all that is going on,” she explained. This is why, through this video series, Bassis hopes to build a new platform — a new way — to create play. She believes that families who play together learn to work through tough stuff adding, “it all starts with a spark.”