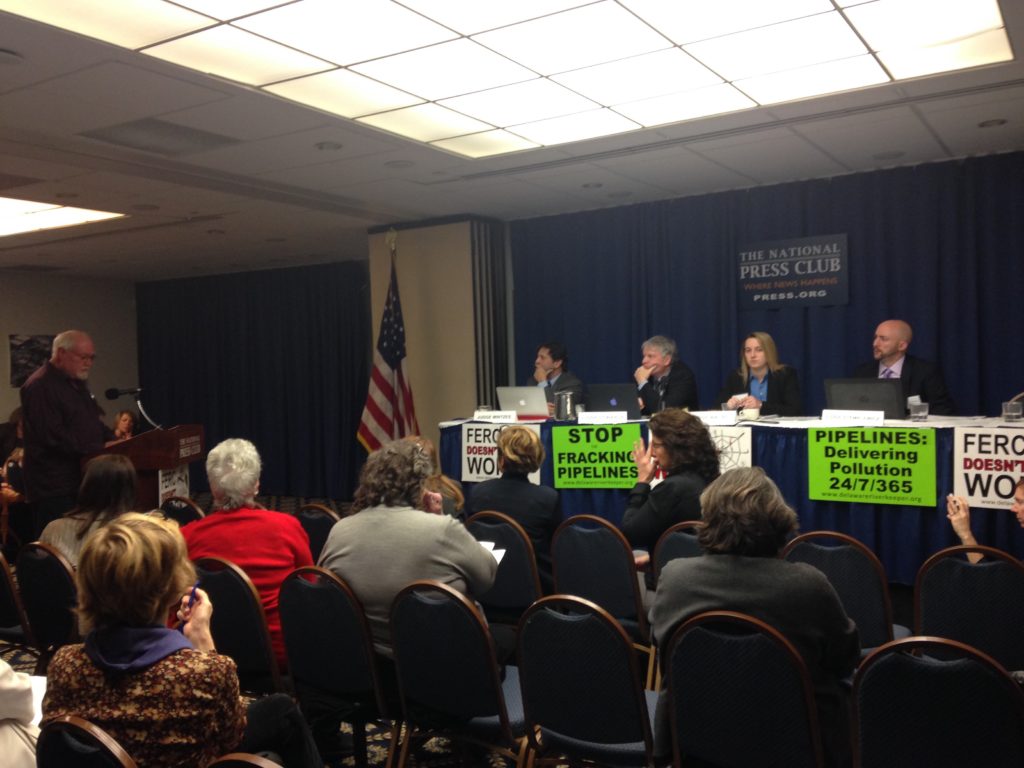 The people vs. FERC: Where is the oversight of gas pipeline risks?

Pipeline foes from all parts of the country gathered for “the People’s Hearing” in Washington, D.C., on December 2 to voice bitter – at times, tearful — complaints about the Federal Energy Regulatory Administration (FERC). They said that FERC routinely rubber-stamps natural gas pipeline projects without taking into consideration public benefit or need.

To the clapping and cheers of about 150 attendees, many speakers expressed solidarity with the Sioux Tribe at Standing Rock whose months-long protests of a North Dakota pipeline finally bore fruit a few days later when the Army Corps of Engineers refused to grant a necessary permit. 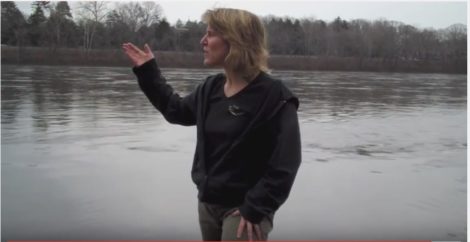 She pointed out that Article 97 of the Commonwealth’s constitution protects conservation lands, which cannot be removed from protected status without a 2/3 vote by each chamber of the legislature. 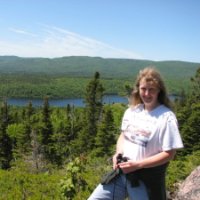 Although “the land in question is part of Otis State Forest and was acquired just a decade ago at great expense to the taxpayers,” Jane said, “FERC did not require [Kinder Morgan] to honor the state’s constitutional process.”

To a crowd that was unfamiliar with the unique Massachusetts’ constitutional protections, Jane described how Kinder Morgan sued in Berkshire Superior Court after failing to get legislative approval, and obtained a ruling that the federal Natural Gas Act preempted the state Constitution.

“We feel that there are many alternatives to going through this conservation land, and we could lose a precious resource, all so that Kinder Morgan can profit,” Jane concluded. She added that the story is not yet over as BEAT and a citizens’ group have appealed the judicial ruling on the grounds that Kinder Morgan did not comply adequately with the Clean Water Act permitting requirements. Hearings are scheduled for January. 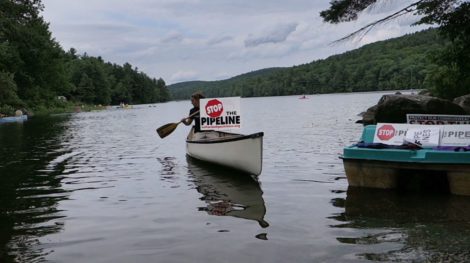 Ms. Graca said, “If you recall, the winter of 2015-2016 was one of the mildest we’ve had in years, yet we STILL paid high electric rates…proving that one thing has nothing to do with the other…”

She also said, “ISO New England has projected our electricity use to grow at a rate of less than 1 percent annually. Why, then, the “need” to increase the region’s gas supply by 34 percent? …There is substantial evidence that their true intention is to export this fracked gas to Canada.”

From West Virginia, April Pierson-Keating testified about the Mountain Valley pipeline, stating that FERC has refused to call for a Programmatic Environmental Impact statement, which would examine the widespread and cumulative impacts of several projects in the region. Seven large interstate pipelines and twelve intrastate pipelines, for a total of 19 pipelines, have been proposed. Ms. Pierson-Keating questioned the need for so many pipelines.

From The Coalition to Reroute NEXUS, a proposed pipeline that is planned to carry Utica and Marcellus shale gas through Ohio and Michigan to Canada, Paul Gierosky stated that “an energy industry front group, “ the Consumers Energy Alliance admitted to filing several hundred comment letters with FERC that had fraudulent signatures. 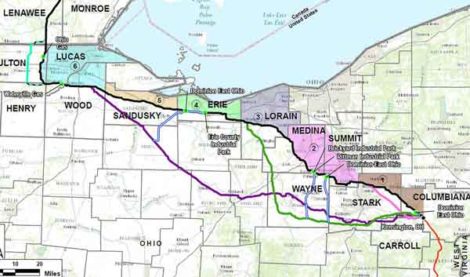 A map of the NEXUS pipeline through northeastern Ohio.

The letters were “to sway public opinion in favor of the project,” Mr. Gierosky said. He added that this occurred last August when the docket was inundated with letters from residents of Michigan and Ohio unaware their identities had been stolen. The Coalition group turned out to have a history of similar attempts to fraudulently influence ratemaking and other energy regulatory actions, he testified.

At least two people testifying – one addressing Ohio’s NEXUS project, and one raising concerns about Virginia’s Mountain Valley Pipeline — said that FERC no longer held public hearings in the usual sense, but, at the request of a pipeline applicant, took individuals one-by-one into a room with a FERC stenographer or a contractor.

Renee Walker from Swanton, Ohio, said, “Many people left that meeting because they felt uneasy talking one on one and they wanted to hear what everyone else had to say. We were told this new format was requested by Nexus and allowed against the people’s protest.”

James Michel spoke about Spectra Energy’s West Roxbury Lateral pipeline, which, he said, “is designed to carry fracked gas at 750 psi and makes its way through a densely populated urban neighborhood, past several schools and nursing homes, terminating at a massive M & R [metering and regulation] station directly across the street from an active blast quarry.”

Although FERC’s environmental impact statement included a computer simulation that concluded that there was not excessive risk, an experienced independent natural gas safety expert, Mark MacDonald, said “repeated seismic activity could indeed impact the structural integrity of the pipeline.” Yet FERC allowed construction to proceed, and eventually turned down a request to revisit the pipeline route.

Michel noted, “Please consider: locating a high pressure pipeline in an urban setting adjacent to an active blast quarry is not worth a second look!”

Similarly, David Mucklow, an attorney opposing the NEXUS project in Akron, Ohio, noted that “FERC allows pipelines to be sited within a few feet of homes, schools, businesses and churches” as long as they are buried one foot deeper with thicker steel.” But, Mr. Mucklow pointed out, “these guidelines were written decades ago when pipelines had lower pressure. [And] thicker steel actually makes pipelines more brittle [and apt to break].” 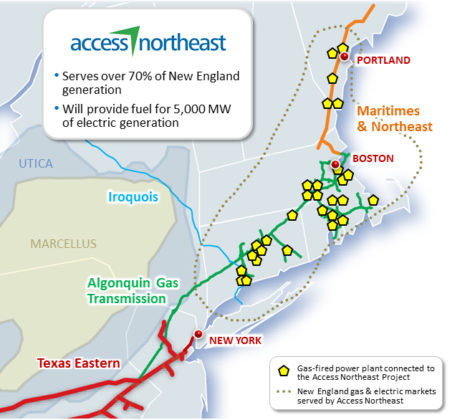 Mr. Paul Blanch, a Professional Engineer with more than 50 years of experience with nuclear safety and regulatory issues testified about inadequate safety analysis of the Algonquin Incremental pipeline, slated to nearly double the capacity of an existing pipeline that runs through New York and New England. He testified that the pipeline will run dangerously near the Indian Point nuclear power plants located 36 miles north of midtown Manhattan on the east bank of the Hudson River.

FERC, the Pipeline and Hazardous Materials Safety Administration, and the Nuclear Regulatory Commission have all refused to provide Mr. Blanch with documentation of a risk assessment for the impact of a gas rupture or explosion on Indian Point, he said.

“The NRC claims…the blast radius is 1,100 feet…[but] three professional engineers, myself included, independently calculated the blast radius using the same NRC data and equations and determined it would be more than 4,000 feet within 30 minutes – which would likely destroy the safety and backup safety systems of the nuclear plant,” he testified.

Dr. Lakshmi Fjord lambasted FERC’s Human Health Risk Assessment of the impacts of a compressor station planned by Dominion Power for Buckingham County in Virginia. The FERC study, she said, “looks like science but in no part is scientific [as] the authors are unnamed FERC staff; their credentials as scientists cannot be verified, and they cannot be held accountable in peer review.”

Referring to the fact that FERC is self-funded by pipeline user fees and filing fees, Ms. Fjord observed, “They cannot be independent scientists as FERC staff are paid by the corporations they regulate. As all data in this report are from Dominion-taken air samples, this qualifies as industry-sponsored data, and industry sponsored research is a key concern in medical science.”

Testimony was also given that described the serious harm that is caused when regulated monopoly utilities form joint ventures to build natural gas pipelines.

Ivy Main, an attorney and the Renewable Energy Chair of the Virginia Chapter of the Sierra Club, described two such pipeline ventures. She said, “the Atlantic Coast Pipeline is a joint venture involving three of the nation’s largest utilities, including Duke Energy and Dominion Resources, both of which have electric utility subsidiaries that are regulated monopolies. A similar structure exists in Michigan, where an affiliate of DTE Electric is a partner in the NEXUS pipeline.

What is wrong with these arrangements? Why has a former Department of Justice antitrust attorney, supported by the Sierra Club, asked the Federal Trade Commission to open an investigation into them?

As summarized by the Sierra Club letter to the FTC, included in Ivy Main’s testimony, “…the utility partners’ investment in the Atlantic Coast Pipeline distorts the decision-making of their electricity subsidiaries, causing them to propose more natural gas generation than is reasonable given the price and supply risks of natural gas, the increasing competitiveness of alternatives including wind and solar, and the impact of climate regulations.” In Ms. Main’s words, “a rational utility without its own gas pipeline to keep filled would look for the cheapest way to supply its customers with electricity…and would not build gas pipelines with 50-year life spans.”

The Sierra Club states in its letter to the FTC that the market distortion will also result in harm to developers of projects using “fuels” other than gas, including wind and solar, and to competitive suppliers of electricity, such as generators who are not electricity-distributing utilities.

As summed up by Ivy Main, the self-dealing involved in utilities developing pipelines “is a great deal for the shareholders of Dominion and Duke, but a raw deal for their customers…who must pay for natural gas from the pipelines even when it becomes cheaper to buy wind and solar.”

Letter to U. S. Senate and House committees

The people’s hearings were held to support a letter request made by more than 180 organizations to hold actual Congressional hearings on FERC’s indiscriminant grants of permits to every pipeline project ever proposed (with only one exception).

Sent in September to the U.S. Senate Energy and Natural Resources Committee and the House Energy and Commerce Committee, the letter, drafted by Maya van Rossum, called for an investigation of FERC and reform of the Natural Gas Act of 1938.

The letter covered many of the points made at the people’s hearing. It also emphasized that FERC decisions are biased in favor of the pipeline industry because the agency is self-funded by pipeline filing fees and user fees.

Bias, the letter states, is also created by a revolving door between FERC and the industries it regulates, the letter states. Also, outside consultants perform environmental review for FERC while, at the same time, being employed by pipeline applicants to draft applications for other projects,

The letter called for “swift affirmative action” to reform the Natural Gas Act of 1938 to better protect communities from safety threats associated with natural gas infrastructure.

It also asked the recipients to oppose the North American Energy Security and Infrastructure Act of 2016 which streamlines FERC review of natural gas pipelines by providing for concurrent federal and state application reviews, for actions to be taken if FERC fails to meet its schedule, and for “remote environmental surveys.” So far, no action has been taken on the bill since its introduction last December.

Maya van Rossum, the Delaware Riverkeeper who organized the People’s Hearing, said that a follow-up report will be given to members of Congress after the inauguration and “we will be handing it out and walking the halls talking about the pipeline issues.”

“The election changed the dynamics,” she added. “But when elected officials are confronted by their constituents, and learn how private property rights are being abused by eminent domain, their eyes will be opened wide – and politicians on both sides of the aisle can unite.”

Asked about the President-Elect, Ms. Van Rossum said, “Trump doesn’t like to lose. If he doesn’t make renewables a priority, he will lose to the countries that are working to be clean energy leaders.”