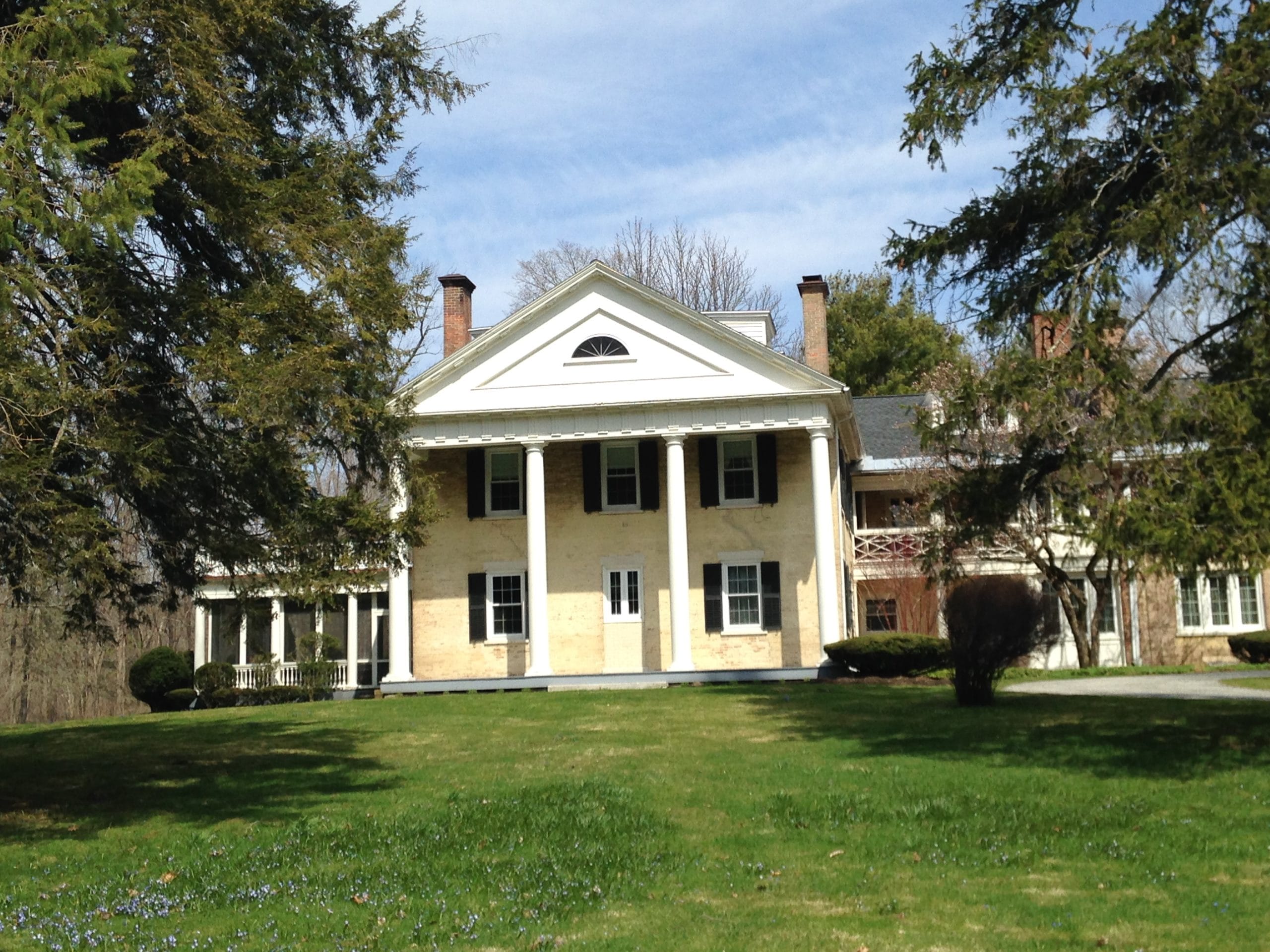 David Dudley Field Jr. purchased the Jones farm on Sergeant Hill in 1864, renaming it Eden Hill and building a mansion there, allowing him to lease Laurel Cottage to St. Paul’s Church from 1865 to 1872 for use as a rectory, occupied during that time by the Rev. Henry Allen, son-in-law of the author Harriet Beecher Stowe, whose son Charles Stowe attended Edwards School on Main Street. Stowe and her husband, Dr. Calvin Stowe, were frequent visitors to Laurel Cottage. My grandmother said that Stowe wrote her book “Pink and White Tyranny” (1871) while staying at Laurel Cottage.

According to the Harriet Beecher Stowe Center: “Harriet Beecher Stowe (1811-1896) published more than 30 books, but it was her best-selling anti-slavery novel ‘Uncle Tom’s Cabin’ that catapulted her to international celebrity and secured her place in history. In 1851, Stowe offered the publisher of the abolitionist newspaper the National Era a piece that would “paint a word picture of slavery.” Stowe expected to write three or four installments, but ‘Uncle Tom’s Cabin’ grew to more than 40. In 1852, the serial was published as a two-volume book. ‘Uncle Tom’s Cabin’ was a runaway best-seller, selling 10,000 copies in the United States in its first week; 300,000 in the first year; and in Great Britain, 1.5 million copies in one year. In the 19th century, the only book to outsell ‘Uncle Tom’s Cabin’ was the Bible.”

“In July of 1867 Calvin and Harriet Beecher Stowe traveled from Hartford to Stockbridge where daughter Georgiana and Henry Allen settled after their wedding. Stowe not only gained a son-in-law, but added to her list of visiting places an exceptionally congenial country town. ‘Stockbridge is one of those lovely shady wide streeted green turfed quiet country places known only under the stars and stripes,’ she wrote the twins after her first visit.” [“Harriet Beecher Stowe: A Life,” Joan D. Hendrick, 1995, Oxford Press]

“Homebuilding and the war furnished two such distractions from Stowe’s writings; her son Fred as a disabled victim of the war persisted as another. At war’s end, and with a new house in Hartford just barely in order at last, her daughter Georgiana became a fourth distraction, though in quite a more pleasant way, when, in June 1865, that liveliest of the Stowe children married a well-to-do Episcopal minister, Henry Allen of Stockbridge, Massachusetts. The wedding entertainment at the Stowes’ new Hartford home was lavish, Harriet agitating beforehand that the grounds be as they should be, every plant in place and blooming. This current young bride and groom meanwhile went off to live in Stockbridge, and Harriet took pleasure in adding that destination to the several others she often called at. [“Loves of Harriet Beecher Stowe,” Philip McFarland, 2008, Grove Press]

“Harriet and Calvin still cherished their New England roots. The birth of their first grandchild in 1870 brought new joy to the time they spent in the North. Harriet was in Stockbridge, Massachusetts to be with her daughter Georgie at the birth. Since Georgie was married to an Episcopal clergyman, the baptism followed the Book of Common Prayer. Calvin took part in the ceremony and spoke his lines “as if he had been born & brought up” in the Episcopal Church, Stowe said proudly. The baptismal gown and other finery were handmade by women in the family, and Harriet herself arranged green ferns around the baptismal font. The baby was named Freeman, in honor of emancipation. [“Harriet Beecher Stowe: A Spiritual Life,” Nancy Koester, 2014, Eerdmans]

“The Stowes’ youngest son, Charles Edward Stowe, 1850-1934, was rambunctious and gave his parents no small amount of trouble. He ran away from school at thirteen to become a sailor, but the Stowes found him before the ship set sail. Harriet Beecher Stowe used his antics as a model for her story Our Charley.

Charles Stowe was ordained as a minister in 1878. He married Susan Monroe (1853-1918) and had three children. The young family lived at his parents’ Forest Street home for a short time in 1883. From the mid 1880’s until the late 1890’s he was minister of the Simsbury, Connecticut Congregational Church. Charles wrote a biography of his mother, The Life of Harriet Beecher Stowe, in 1889. Later editions were co-authored by his son Lyman.” [geni.com]

Lyman Beecher Stowe, (1880-1963) was the husband of Hilda Robinson Smith, whose sister was the locally famous Gertrude Robinson Smith of Tanglewood fame. Hilda and Gertrude Robinson Smith were the daughters of Charles Robinson Smith and Jeannie Porter Steele. Their father was a prosperous corporate lawyer and director of Allied Chemical. He was also an active member of the New York Bar Association and was active in helping to write what is today’s corporate law. After World War I, Charles Robinson Smith wrote articles advocating the forgiveness of war debts, for which he received the French Legion of Honor. Their mother was the child of wealthy American parents, and whose upbringing was primarily in Paris. Their sister Elsa died in childhood. Hilda and Gertrude’s childhood was spent largely between New York City and Paris.

There is a small cottage in the Dugway section of Glendale that was commonly called the Harriet Beecher Stowe cottage, but was actually owned by Lyman Beecher Stowe, grandson of Harriet Beecher Stowe. “The Dugway” house next door was the summer home for the Robinson Smith family. Gertrude Robinson Smith, with her own hands, built a third house a few hundred yards down Dugway Road. Both of the sisters are buried in the family plot in the Stockbridge Town Cemetery.

Some may only have read to this point out of curiosity about the ox, the ass and Judge Byington’s gate. Well, it turns out that on Sept. 28, 1953, Helen Bidwell Lukeman, widow of the sculptor Augustus Lukeman, owner of Laurel Cottage and a cousin of my grandmother, wrote a note about happenings at Laurel Cottage when her mother was a child. From her winter home in North Carolina, the following tale unfolded.

“Dear Grace: I think you wrote a very nice article about the old house. It would have been too bad to have it torn down unnoticed. Mother remembered a few little anecdotes you might like which did not belong in this article.
1. One morning when mother was going to school, she saw old doctor Stowe empty a newspaper in the middle of the street. It was some locks of white hair he had just had cut.
2. Another day when coming home from church they saw Mrs. Allen put her hands on the closed gate and vault over it.
3. One day young Allen was swinging on the gate at Judge Byington’s place across the street. A neighbor reprimanded him. He replied, ‘I don’t care for my neighbor or his ox or his ass, etc.’ The neighbor said you mustn’t talk like that. Do you know who said that? ‘No’ was his reply ‘but it sounds like Grandma Stowe.’
It has been nice and cool here in the mountains and we missed all the rain: Shall be going back soon. Hope you and yours keep well. With thanks for the article and all best wishes from. Helen [Bidwell] Lukeman”

Ah, out of the mouths of babes spring forth the signs of strength of character for mother, daughter and grandson. But then again, none of the Beecher family would ever be accused of being shy and retiring. Whether vaulting a gate, swinging on a gate or writing a book, the Beecher Stowe family entertains with both words and deeds.