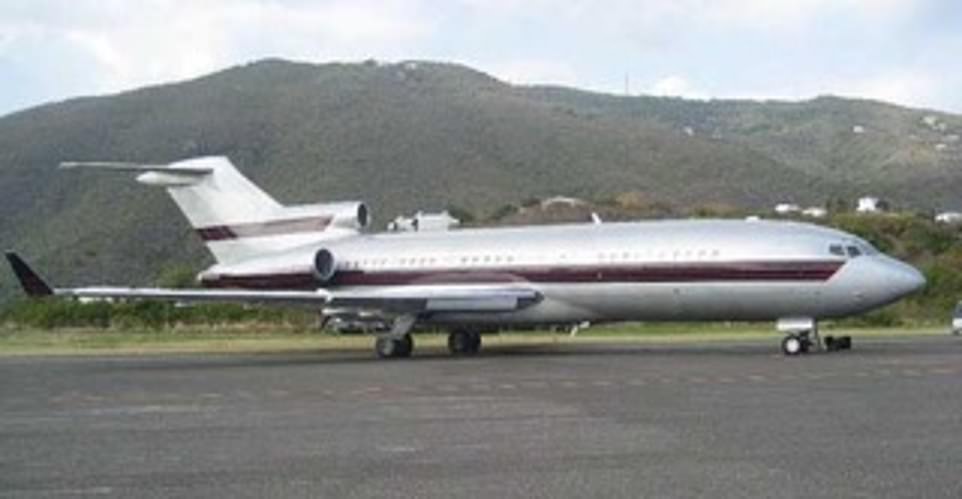 It was a tale of two planes. One, Jeffrey Epstein’s private jet, a 727-200 nicknamed the “Lolita Express,” with a bed installed for fun with Lolitas. Where girls are concerned, that plane carried the worst in us. The other, a VIP-rigged GainJet 757-200, carried the 23 members of the United States World Champion Soccer Team from France to New Jersey on Monday, July 8th. Where girls are concerned, that plane bore the best in us. 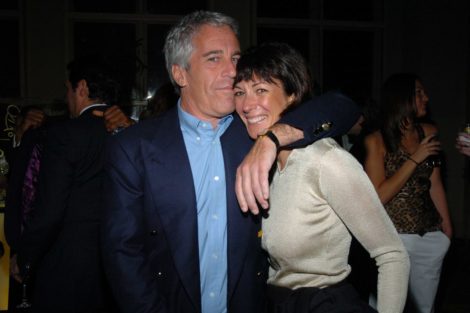 Here’s Jeffrey Epstein and his four-a-day teen girl habit, sporting his signature smirk, arm around his recruiter friend Ghislaine Maxwell, whose good work in the Save-The-Whales field has been irreparably overshadowed by her very bad work in the Screw-The-Girls field.

But here also is Megan Rapinoe, Captain of Team USA, celebrating their World Cup win in New York instead of Washington, flashing her signature gesture, an open-armed, big-grinned “I’m Queen of the World!” embrace, snubbing the President and everything he stands for. 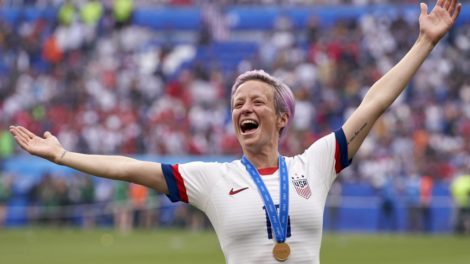 Girls are puppets. Girls don’t apologize. Girls are prostitutes. Girls are world champions. Girls are a dime a dozen. Girls deserve the same pay as men. Girls are expendable and don’t merit Constitutional rights. Girls make the Governor of New York stand in the background on a parade float. He turns into a fan-boy chanting, “Equal pay! Equal pay!”

Which is it, America? You’re making me dizzy! Where do you stand when it comes to your female half? Are we queens of the world or the shit under your shoes? 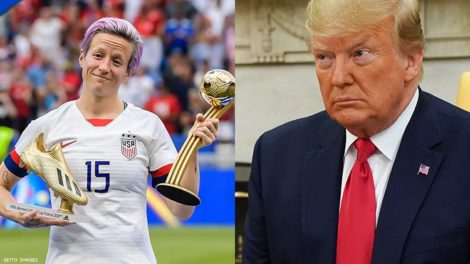 It’s a public battle that we also fight privately. Every day, the battle of these extremes within myself becomes clearer. I say, “I’m sorry,” all the time, unbidden, like a knee jerking upward when a doctor taps it, for such crimes as occupying the physical space that a man wants to occupy on the sidewalk. I don’t want to do it. I can’t stop myself. I cringe in horror to hear my daughter say, “I’m sorry” in situations that don’t merit an apology. I bark, “Stop saying sorry!” Just this morning, I put my hand on an apologetic young woman’s shoulder and said, “No more apologies.”

I thrill to watch our soccer team throw back their collective shoulders and do precisely what they please, on and off the field. The only trouble they appear to be attracting with such brazenness is the usual recourse of the powerless, the nasty online comment. All that self-assertion….right on!! But it will take some getting used to. The “I’m Sorry-I’m Not Sorry” world turned on its head is disorienting.

Here’s a stance I’m much more familiar with, depicted in the way one of Epstein’s underage victims, who’d been recruited for him from directly outside her high school building, spoke of her experience:

Interviewer: “How often were you there [at Epstein’s house]?”

Victim: “Once a week, twice a week, my freshman year.” [in high school.]

Interviewer: “In your mind, did you use the word rape?”

Victim: “No, I don’t think I did. I just thought it’s MY fault, like I was obligated, it’s what you’re supposed to do, so I really, did not know better.”

Of course she didn’t know better. I didn’t know better when I was eighteen. Hell, writer Jean E. Carroll was a savvy city dweller well into her fifties when she willingly followed Donald Trump into a closed dressing room in Bergdorf Goodman. She’s 76 now and still won’t call what happened in there rape, though, legally, according to her account, it was. She prefers to call it a “fight.” Fighters aren’t victims.

OK, but that’s a pitfall, too, since a failure to fight back does not mean consent. It means she’d been breathing in the air we all breathe. It means: “This is my fault. I’m obligated. This is what I’m supposed to do.”

The magic wrought by his legal team in 2019 would not have been possible in a court where girls are valued and protected. They tricked his victims into complicity in their own victimization. They transformed the charge of “sex trafficking” into one of “soliciting prostitution.” So, Epstein’s systematic recruitment of children for sexual servitude thus became “So I made a consensual transaction with an adult professional. So sue me.”

But wait! Don’t despair! Here’s Megan Rapinoe, purple-haired woman around the same age as that Epstein victim, commanding the stage in front of City Hall in Manhattan the other day, after Team USA’s ticker tape parade.

Speaking of her teammates:

“This group is so resilient, so tough, has such a sense of humor, is so bad-ass….

Here’s her comforting and prodding poor Carlos Cordeiro, president of U.S. Soccer, who was booed during his own speech:

“I know you got a couple chants when you were up here…I think it’s a sign of affection, though…I’m gonna stick my neck out and endorse Carlos. I think he’s with us, I think he’s gonna make things right….thank you. We look forward to holding those feet to the fire.”

“Thank you to Governor…. Coo-oh-mo? I think that’s how you pronounce it?”

Oh my goodness! To feel that free and easy. Even Robin Roberts looked to the sky and shook her head in wonder. I know, right? Is this girl for real?? Yes.

That’s what unapologetic looks and sounds like, and it’s here to stay.

One of tomorrow’s women, today’s little soccer player, a few years out from high school, told the camera she loves Team USA because, “They show me I can be whatever I want to be.”

Yes, they show this 47-year old mother of three what she can be, as well.

(I’d hoped I’d gotten Jeffrey Epstein out of my system with my last piece. https://theberkshireedge.com/just-the-suggestion-of-justice-is-making-my-week/I did not. I’m not sorry.)