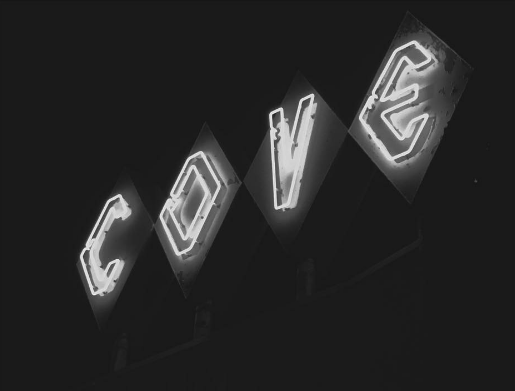 Joey Labrasca
The Cove Bowling Lanes on Stockbridge Road in Great Barrington is up for sale, as owners Tom Hankey and Juanita O'Rourke decide to move on.

The Cove may be for sale, but sport of bowling isn’t in its twilight yet

Great Barrington — In 1998 the Coen brothers created their cult film classic “The Big Lebowski.” Rumor has it that the bowling lanes, as well as the sweater “the Dude” wears in the movie, were modeled after what Joel and Ethan Coen had seen at the Cove Bowling Lanes during their school days at Simon’s Rock. Now, 19 years later, that beloved establishment is up for sale.

Founded in 1958, Cove Bowling and Entertainment, known to many locals as “The Cove,” was built during the golden age of bowling. Back then, bowling was as American as apple pie, and bowling lanes had become hubs of social activity for small towns across America. At the time, there were roughly 5,400 bowling alleys in the United States. Since then, however, that number has declined to 3,900 as the United States Bowling Congress has lost members. Today, with its rusted neon sign and chipping, white-paint siding, the Cove Bowling Lanes look like a relic of a bygone era. 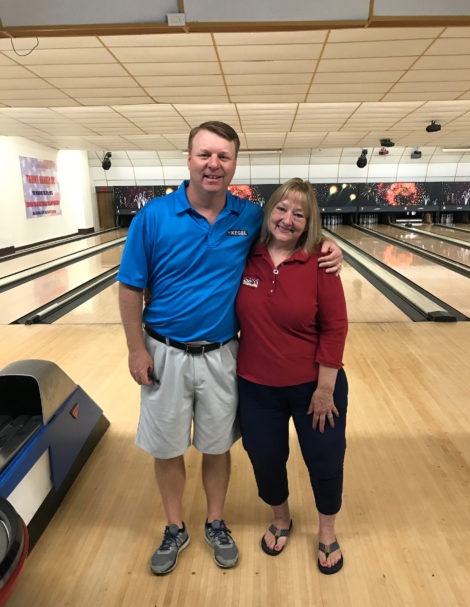 But the owners of the Cove say the story isn’t that simple.

The Edge caught up with the owners, Tom Hankey and his aunt, Juanita O’Rourke, in the bar behind the bowling lanes. While national bowling club memberships are in decline, O’Rourke rejected the idea that bowling’s best days are behind it. “Actually,” she mused, “bowling is back. It’s true that, industry-wide, league bowling is down, but here our leagues have stabilized and even gone up over the years. Open bowling has gone up as well.” And Hankey added that players had come all the way from Texas to compete in the latest Cove bowling tournament.

Hankey believes that bowling isn’t just a sport; it’s a social event. He noted that his son, a 16-year-old competitive bowler with awards under his belt, would often show up an hour early to tournaments. “He did this,” Tom said, “not because he wanted to practice or focus before the competition, but because he wanted to meet and socialize with fellow competitors.” Indeed, Tom and Juanita have tried to make the Cove a social entertainment space for people of all ages by including a venue for wedding parties as well as games for small children. 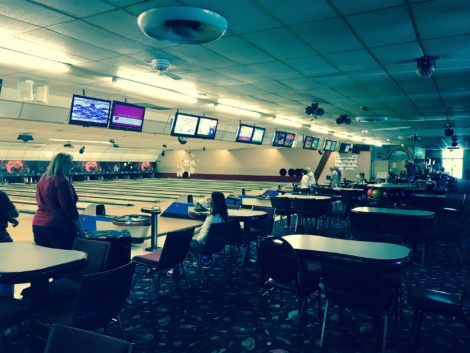 The lanes at Cove Bowling one afternoon this week. Photo: Victor Feldman

Dan Bellow, a veteran journalist, professional ceramics artist and frequent bowler, was troubled to hear news of the Cove being for sale. In a phone conversation with The Edge, he explained that his Tuesday night bowling league would likely have to be dissolved were the lanes to be torn down. “It’s hard to bowl without a bowling lane,” he chuckled, explaining that the lanes in Chatham and Pittsfield would be too inconvenient for him to switch to. He concluded: “I just hope whoever buys the Cove appreciates it as a bowling lane.”

The Cove owners are asking $4.5 million for the property, a 26,000-square-foot site on the busy Stockbridge Road, U.S. Route 7. As it stands, the property includes the bowling structure that houses 24 lanes, a bar, an indoor mini-golf course and a parking lot with a capacity of 100 cars.

To the owners, the Cove is far more than just a valuable piece of real estate. Making eye contact from across the table, Hankey and O’Rourke laughed when asked how they took up bowling. “This all started with our families,” Tom said. “I basically grew up in this building. I used to come in three or four nights a week as a kid in diapers. It just continued on through our lives like that.” Essentially, the Cove is their home. 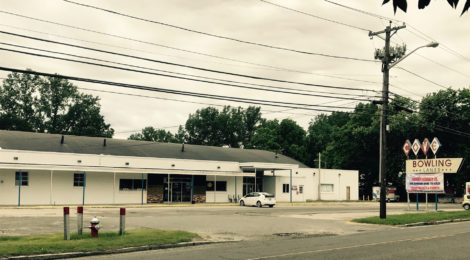 Knowing that the next owner may well tear down the bowling lanes, the impact of their decision to sell was clearly expressed on Tom’s and Juanita’s faces. Sentimentality aside, Juanita said “We decided it’s time to move on.”

Gazing out from the bar across the dimly lit bowling lanes, Tom admitted, “Part of me feels how difficult this is … but the other part of me says that this is going to be a great opportunity for somebody.” The thud of a bowling ball colliding with 10 pins broke the silence that followed. It seemed like the perfect punctuation on Tom’s thought.

Hankey said the Cove will remain open for business until the sale is complete. After that, if the new owners elect not to operate the property as a bowling alley, bowlers will have travel to Pittsfield or Chatham, N.Y., to pursue their passion.