The Bookloft, a Great Barrington fixture for 46 years, is moving to new digs

Great Barrington — Right now, it’s a construction scene. Electricians, plumbers and HVAC people are toiling away. The air is thick with the sound of table saws and pneumatic staple guns. But by late April/early May, Great Barrington’s only general-interest bookstore will have a new home and new look. 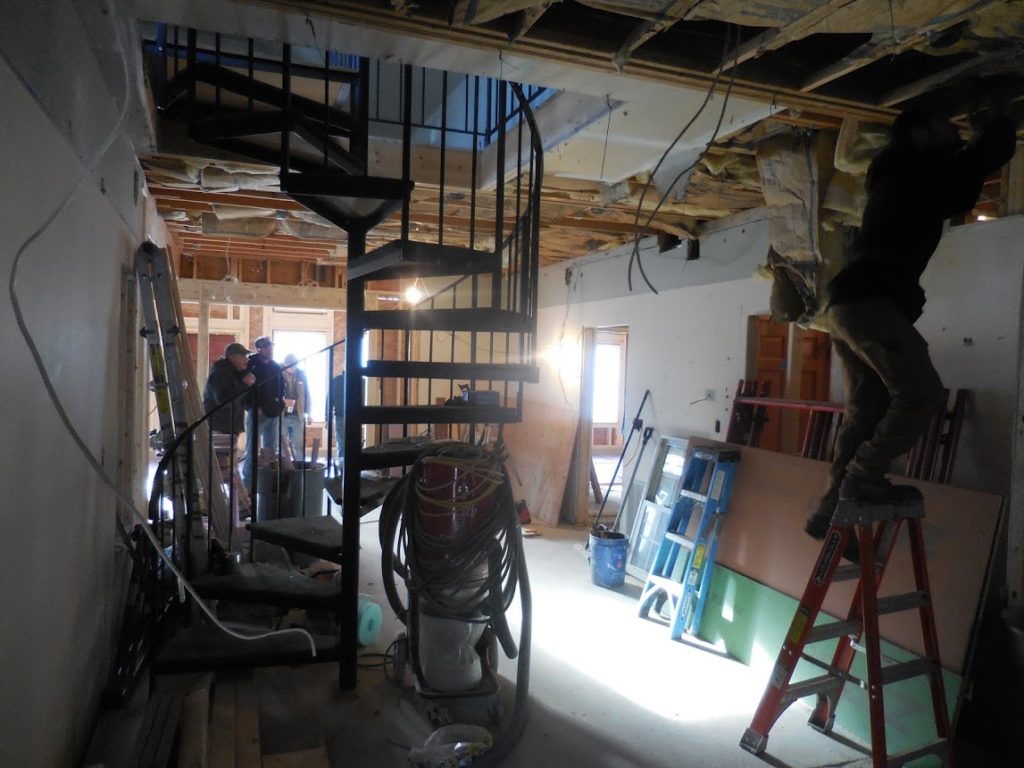 The Bookloft, which has been a fixture in Barrington Plaza on Stockbridge Road since 1974, is relocating to a spot between the fire station and the building containing Pawsh and Barrington Pack & Ship.

Bookloft owner Pamela Pescosolido is excited about the move into the former offices of Dr. Susan Thompson at 63 State Road. The new store will be a free-standing structure, unlike her current location in what is really a strip mall.

Pescosolido has owned the Bookloft since 2016 when she bought the store from its founders, Eric and Evelyn Wilska, who had put the business on the market the previous year. Pescosolido has been looking to relocate ever since.

Pescosolido had purchased property on South Main Street in between the Wheeler House, which is currently the headquarters of the Great Barrington Historical Society, and Bostwick Gardens. She had considered building a new store on that lot but later discovered she preferred to renovate the building on State Road instead. 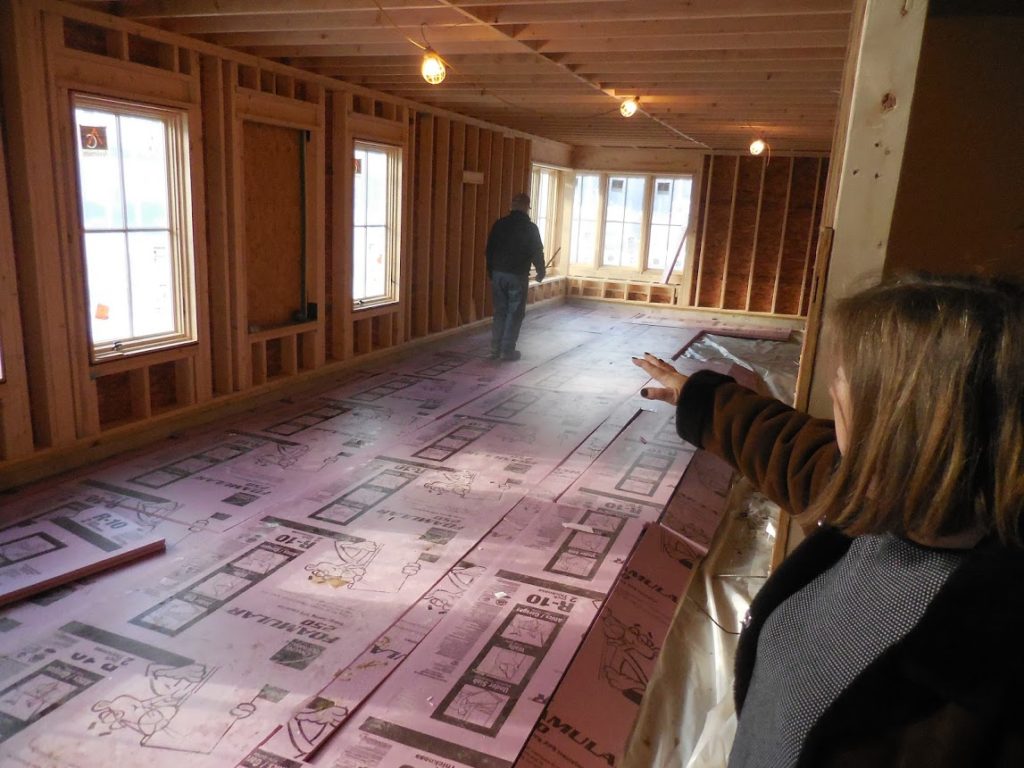 The Bookloft owner Pamela Pescosolido points to the event space in the front of the bookstore’s new digs on State Road in Great Barrington. Photo: Terry Cowgill

As she explains it, there are two main reasons why she wanted to make the move. First, traditional bookstores are better suited to an environment that speaks to their customers’ own tastes. And a renovated stand-alone building is better for her store’s branding than a double storefront in a shopping plaza. The second reason was financial.

“I was paying $96,000 a year in rent,” Pescosolido said. “My mortgage for this is a third of what my rent was over there.” In addition, for the last four years, the landlord has increased her rent by $2,400 annually.

“So this is going to be worth it in the long run,” Pescosolido explained. “I’ll own the building and I’ll have equity. I won’t just be throwing away money on rent anymore.”

According to the Register of Deeds, Pescosolido’s company, Lido Property LLC, bought 63 State Road on Jan. 28, 2019, for $425,000. She said the Bookloft will rent space from Lido to cover the mortgage.

Interestingly, the need for more space was not factor in the move. The new space will actually comparable in size to the Barrington Plaza store, which occupies two storefronts. When finished, 63 State Road will be between 2,400 and 2,500 square feet of retail, with small staff offices on the first floor. The design is by local architect Diego Gutierrez of Housatonic Architectural Services.

Conventional wisdom holds that the high traffic and visibility offered by the shopping plaza helped the Bookloft maintain a steady stream of customers who might notice it while pulling into Barrington Plaza to, say, grab a new cell phone at the AT&T store. But Pescosolido is not convinced, conjecturing that perhaps the denizens of Barrington Plaza are not necessarily the same people who frequent bookstores.

“I think if you’re a reader, if you want a bookstore, you will find a bookstore,” Pescosolido said. “When I lived in California, I had to drive an hour to the nearest bookstore.”

But Pescosolido also has Berkshires roots. Her family has owned property in Mount Washington for generations and family members have shopped at the Bookloft since it opened 46 years ago. She has a law degree from Vermont Law School and has a financial interest in a citrus operation in California. 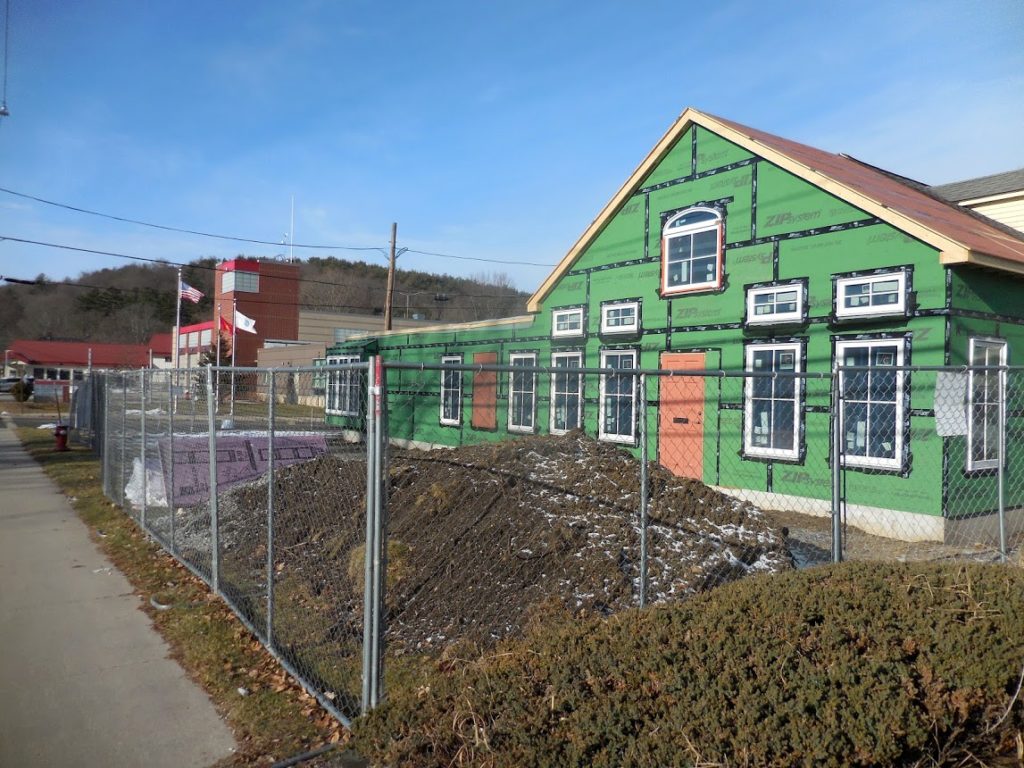 The new place will be a very different experience for Bookloft customers. Instead of parking in a giant lot shared with Price Chopper and Tractor Supply, they’ll park in a dedicated lot at the rear of the new building. Indeed, the entrance to the new place will be at the rear, though there will be a front door facing State Road that Pescosolido described as “decorative.”

Likewise, the cash register and sales counter will be at the rear near the entryway. There will be two relatively small rooms — one dedicated to children’s books and another to young-adult literature — along with some staff offices, bathrooms and the larger main room on the first floor.

Pescosolido is adding an extension to the front of the building. She expects to use the front end for an event space that can accommodate as many as 50 people for book groups, book signings and book talks. Behind the front-end space is a spiral staircase leading to what will become Pescosolido’s own office.

“Smaller bookstores are doing well because we can do what [Barnes & Noble] can’t, which is relate on a one-to-one basis with our community,” Pescosolido said.

One final question: Will the new Bookloft serve coffee?

“The whole concept of people spilling on books they haven’t bought yet: Why would I want to do that? I’ve gone back and forth in my head and my ultimate decision is: No, thank you.”

Look for the new Bookloft to open in late April or early May. And, if you must, bring your own coffee.