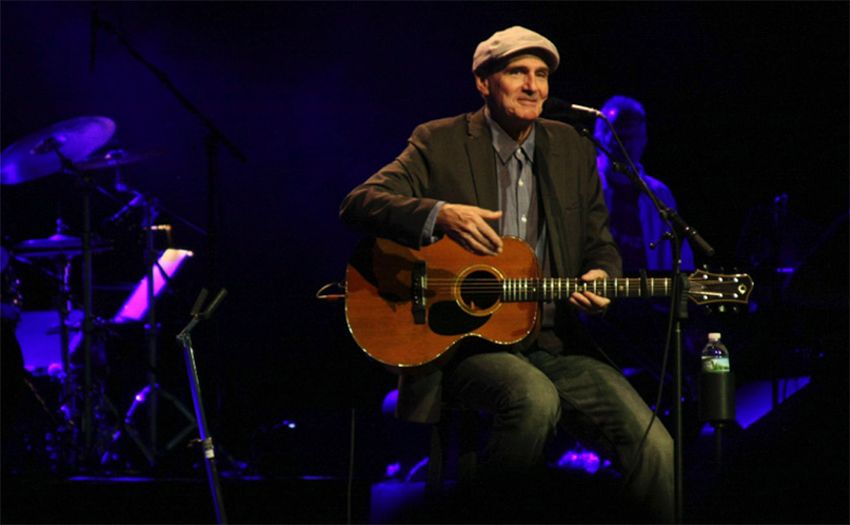 Lenox — Comforting words and songs are James Taylor’s stock in trade. Every year on July 4, the Tanglewood grounds resound with words such as “We’re gonna have a good time,” “You can stay as long as you like,” and “Shower the people you love with love.” Well, isn’t that exactly what we all need right now? Someone to remind us of the happiness and good times that we have just got to know? If so, then who better to host the Aug. 18 virtual Tanglewood on Parade event — a video-streamed performance of highlights from recent Tanglewood on Parade concerts — than James Taylor?

In the best of times, Tanglewood on Parade is a daylong event of improbable grandiosity featuring students of the Tanglewood Music Center performing chamber and orchestral music, brass fanfares, opera scenes and choral works, and closing with a gala concert in the Shed with the Boston Symphony, Boston Pops and Tanglewood Music Center orchestras that ends with the most celebrated festival of noise ever committed to paper: Tchaikovsky’s “1812 Overture.”

But in these more “interesting” of times, we get all the usual TOP stuff PLUS:

This virtual TOP show is part of the Tanglewood 2020 Online Festival, available at www.tanglewood.org since early July. Before that, the orchestra created “Boston Pops at Home,” “BSO at Home” and “BSO Homeschool” content to partially make up for all the concerts the BSO has been forced to cancel.