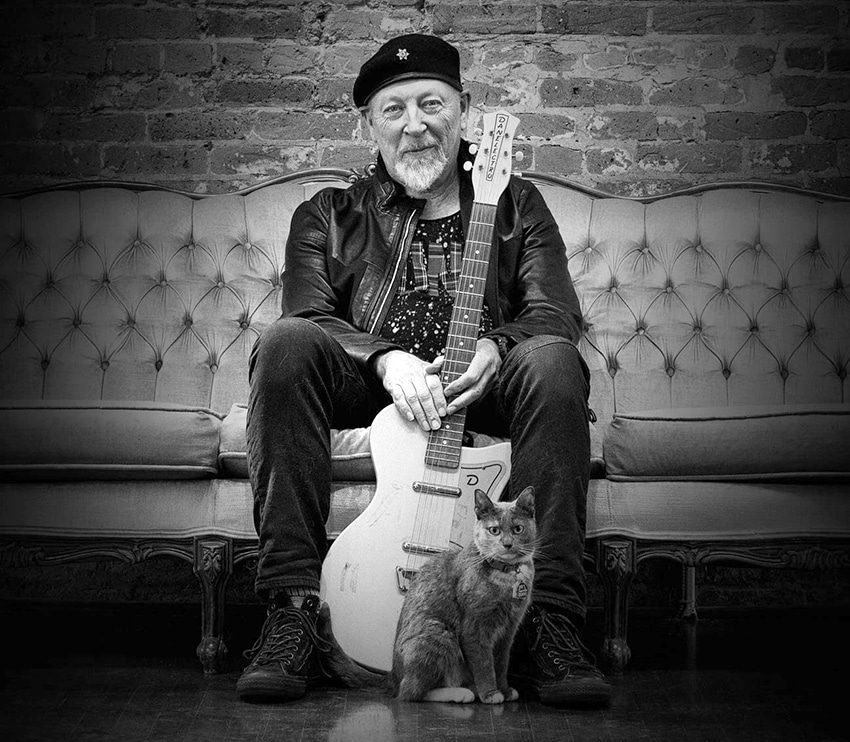 It should be unnecessary to tell you that Thompson started out in a band called Fairport Convention. That’s kind of like saying Paul McCartney started out in a band called the Beatles. Everyone knows. It may, however, be news to you that Thompson was appointed Officer of the Order of the British Empire in the 2011 New Year Honours (for services to music). He’s received other major recognitions, like the Ivor Novello Award. He’s on Rolling Stone Magazine‘s list of top 100 guitarists.

After more than half a century of music making, Richard Thompson continues to command the very highest respect as an acoustic and electric guitar legend, songwriter, singer and beret stylist. He’s only 70, so he is still in top form. And busier than ever. . .