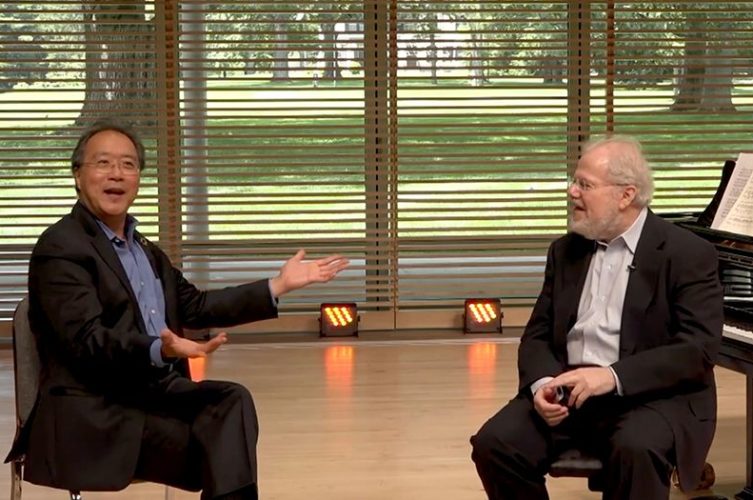 Lenox — When you first learned of the Boston Symphony Orchestra’s plans for a virtual gala on July 23 celebrating Isaac Stern‘s 100th birth anniversary, you probably expected footage of serious-looking people in tuxedos playing classical music and waxing eloquent about it.

After all, Stern, apart from being one of the most celebrated violinists of the 20th century, is the man who saved Carnegie Hall from certain destruction and discovered Yo-Yo Ma, Itzhak Perlman and many others. He was a serious musician, indeed, and an extravagantly gifted teacher. (A master class with Yo-Yo Ma is remarkably similar to one by Isaac Stern, the emphasis being on musicality versus technique.) But you will laugh until you cry when you hear Yo-Yo Ma and Emanuel Ax reminisce about their time on the road with Stern. In fact, the video is worth watching just to hear these two men talk about their old friend and mentor. The gala program includes appearances by Midori, Leon Fleisher, John Williams, Gil Shaham and others. And, of course, there’s a good bit of incredible violin playing.

If you know much at all about Isaac Stern, then this gala is a must-see program for you, because you know his playing and you know how important he has been to the whole world. But if you are not so familiar with the man, then in less than an hour and a half, you will get the best introduction to Isaac Stern that you’re likely to find, because it all comes from the hearts and minds of people who worked with him, knew him well and loved him deeply.

Isaac Stern’s friends and colleagues have created a moving tribute to one of the most extraordinary musical figures of the 20th century. This one-hour-and-22-minute video is available for free streaming from bso.org through Thursday, July 30.