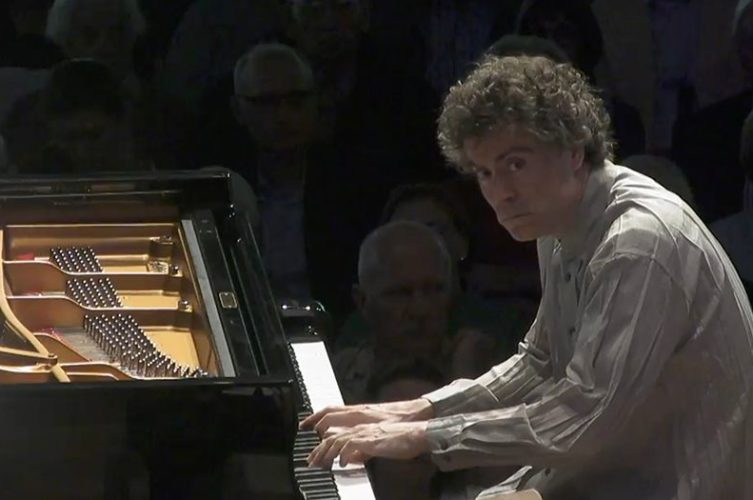 The concert performances were recorded in summer 2016 and there was plenty of buzz about them at the time. It’s an exciting moment for the TMC players when they get to work with Andris Nelsons. But don’t forget how exciting it must be for Nelsons to work with exuberant young players of such high caliber, some of whom are likely to join the BSO during Nelsons’ tenure. TMC orchestra members’ desire to please is always easy to see and hear from anywhere in the auditorium, and when they respond to Nelsons’ direction, the pleasure is easy to see on his face.

When Stefan Asbury, head of TMC’s conducting program, interviews Paul Lewis at intermission (recorded a few week ago), we learn why Lewis likes to perform the first Brahms piano concerto but not the second. And the reason he gives is beyond fascinating. You’ll hang on every word of this interview, because neither Lewis nor Asbury are seen speaking on camera very often.

The British pianist Paul Lewis, CBE, became the first person to perform all five Beethoven piano concertos in one season of the BBC Proms. He has recorded all 32 of Beethoven’s piano sonatas and the five piano concertos. So we (along with the New York Times) tend to think of him as a Beethoven man. After you hear him play the Brahms concerto, however, it’s likely you’ll want to hear the other Brahms pieces in his repertoire.