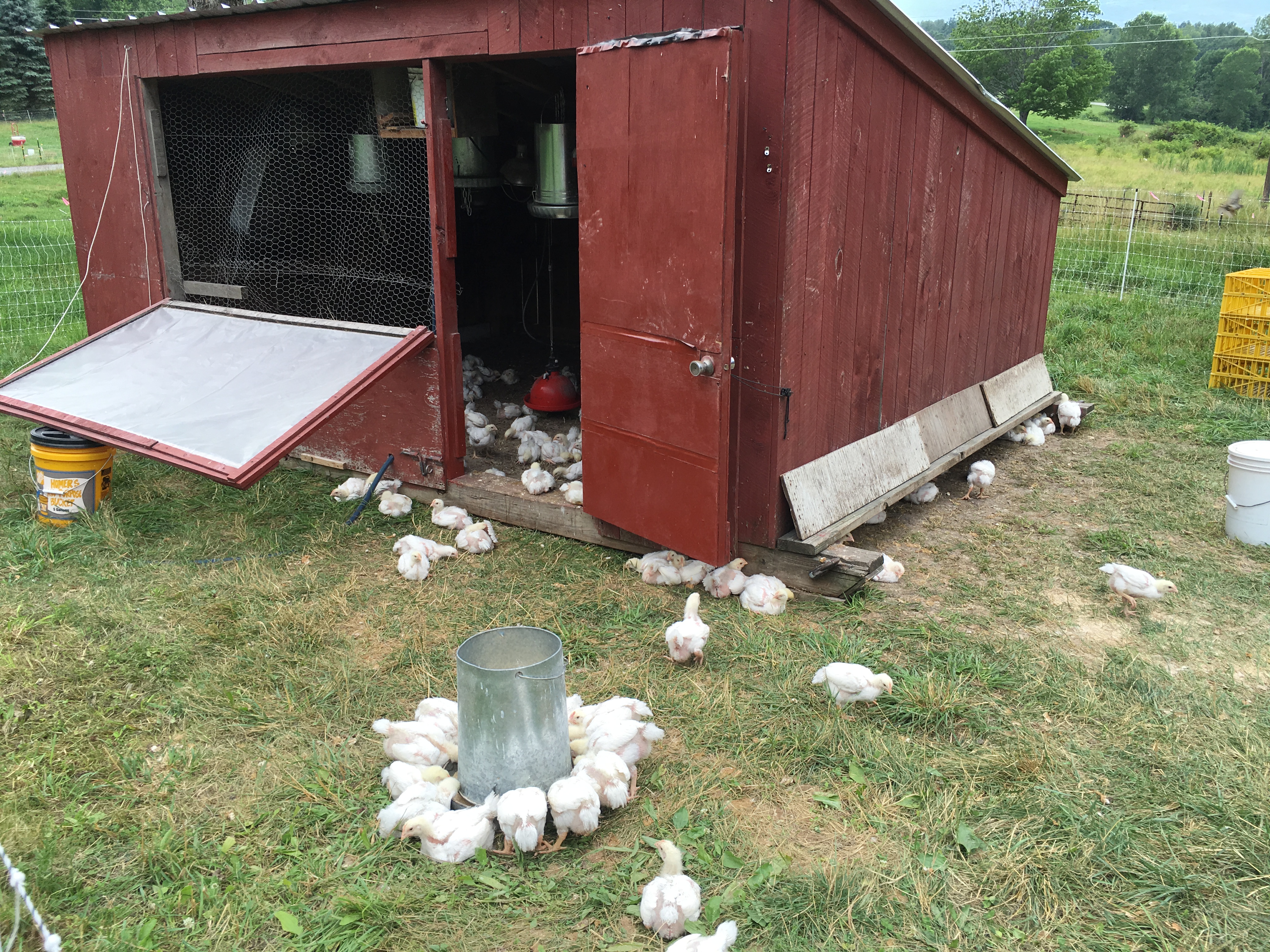 Note from Barbara Zheutlin, executive director of Berkshire Grown: The Berkshires are much loved for the pastoral beauty of the region. This gorgeous landscape attracts visitors and development, producing a rich culture, while simultaneously raising the cost of land. The high cost of land is one of the many challenges facing farms, the farms that are at the heart of the beauty of the Berkshires. So a challenge to all who treasure the Berkshires is how to sustain the old and new farms of the region that make the Berkshires extraordinary. In this series you will “get to know your local farmers,” the individuals who grow the food you eat and care for the land you see. The Berkshire Grown Harvest Supper is Monday, September 19, in the Upper Lodge at Ski Butternut, from 6 to 8 p.m.

Williamstown — Kim Wells, the owner of East Mountain Farm, had always dreamed of owning his own land. After he finished his English degree at Williams College, he fulfilled his dream with the purchase of what is now East Mountain Farm. Wells purchased the land in 1982 and, pulling on a few years of farming experience in Kentucky, began raising livestock. He began selling meat in 1987 and today his pasture-raised beef, chicken and pork have many fans in the region.

Wells farms on 125 acres: 12 acres of pasture support a herd of 6-12 beef cattle and about 1,200 chickens per year, and the rest of the property is mostly wooded. For many years Wells harvested firewood from his land, but these days the woodlands are utilized solely as a home for his pigs. Wells’ biggest customers for his beef and pork are Mezze Bistro & Bar in Williamstown and Red Apple Butchers in Dalton. Red Apple buys two pigs – 460 pounds of pork – every other week.

As for his chickens, they are high-grade, expensive, and popular. Wells raises five batches per summer, traveling with each batch of 250 pasture-raised chickens to Baffoni’s Poultry Farm in Johnston, Rhode Island. Each batch of chickens requires two round-trips to Rhode Island: one to drop the birds off for processing and a second a few days later to pick them up. On his second trip, Wells brings along a freezer to transport the processed chicken back to the farm.

It’s a lot of travel – nearly 3 hours each way from the farm – but for Wells it’s worth it – and one of his only options. State and USDA regulations require that poultry must be processed either in a USDA facility or in a licensed on-farm facility. Wells, who works alone, is not interested in building his own processing facility on the farm, so he travels to Rhode Island, which is the nearest USDA facility. Although the trip adds to the cost of his chickens, Wells has found that there’s a customer base happy to pay more for the better taste and quality of his birds. “Pasture raised, USDA-inspected chickens are rare — and then having them cut up, boneless breasts — it’s a niche market here,” Wells said. Whole chickens weighing 3.8 to 4.3 pounds are reserved for his restaurant customers, and the rest are popular with local consumers at the Williamstown Farmers Market and at the farm store.

Wells claims that he is still learning as he goes. For example, he is still fine-tuning how he builds up his inventory to meet customer demand at different times of the year; when we were there in mid-July, he had just sold out of pork chops, right in the middle of grilling season. And there’s always something more to learn about caring for his animals. “So much of farming is observation,” he noted, “[It’s important to find time] to sit and watch them – especially when they’re healthy.”

“One of the hardest things about being a meat farmer is that you don’t have a season off like vegetables farms. The winter is hard,” Wells said, describing the maintenance required to sustain his livestock through the cold months in northern Massachusetts. We took a ride up the mountainside to visit the pigs as Wells explained that one of the most difficult tasks of winter was simply getting water up to the pigs – his usual water lines running up the hillside freeze solid, so it all has to be carried up, container by container.

Wells’ future plans include buying more Berkshires pigs. Aside from the fitting name of the breed, Wells favors the pigs’ muscular composition. “I’ve convinced customers that fat is not a bad word, but it’s nice when the pigs don’t grow up to be very fat,” he said.