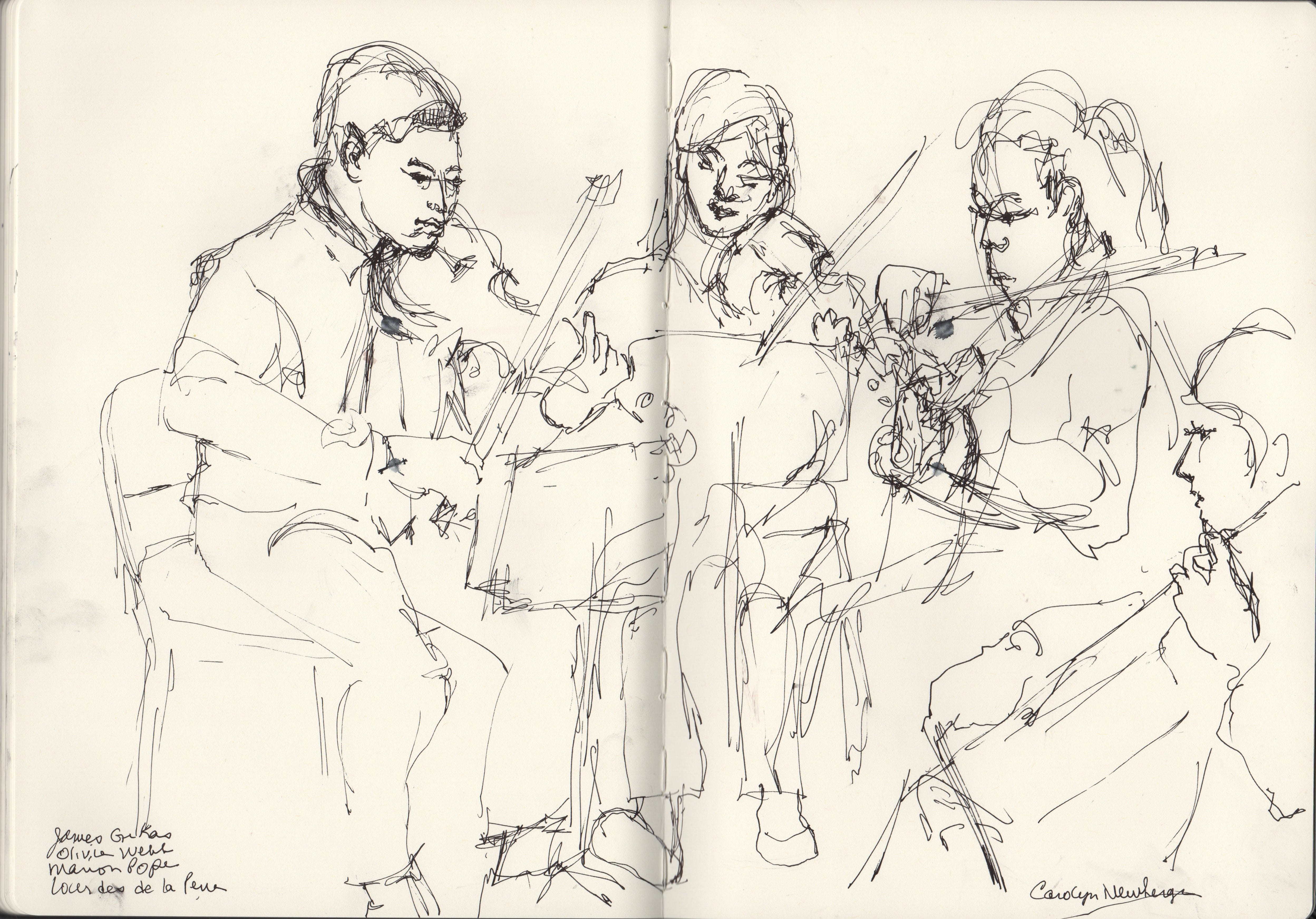 Lenox — Boston University Tanglewood Institute (B.U.T.I.)’s Professor Peter Zazofsky’s pride in his students radiated across this splendid new master-classroom in the Tanglewood Learning Center on June 29, 2019.  As his colleague coaches, Heather Braun, Robert Merfeld, and Owen Young beamed down from the back of the raked auditorium, the next generation played their hearts out for a roomful of friends, visitors, and family bearing cameras.

This celebratory open house was also a serious party, proceeding through 2 and 3- movement samplings of the great, mature string quartets by Schubert (No. 14 in D Minor, “Death and the Maiden,” D.810), Brahms ( No. 3 in B-Flat Major, op. 67), Dvorak (No. 10 in E-flat Major, op. 51), Debussy (Opus 10), and Shostakovich (No. 3 in F major) to a glorious string ensemble arrangement of the Tanglewood anthem, Randall Thompson’s “Alleluia,” in which they were joined by Angela Leeper, double bass. Mr. Zazofsky graciously introduced the concert and the quartets and conducted the closing ensemble.

After this performance, Mr. Zazofsky offered his special thanks to Hilary Respass, Executive Director of B.U.T.I., and Jonathan Newman, B.U.T.I. Program Director, for ushering in an era of excellence.

Immersed in a crowd of enthusiastic students, Mr. Zazofsky brought the concert to a stirring close, pulling lines from within to the foreground and provoking no few tears from the players and the audience.

This performance left little doubt that the future of classical music is assured in this magnificent environment and in the hands of these marvelous teachers.