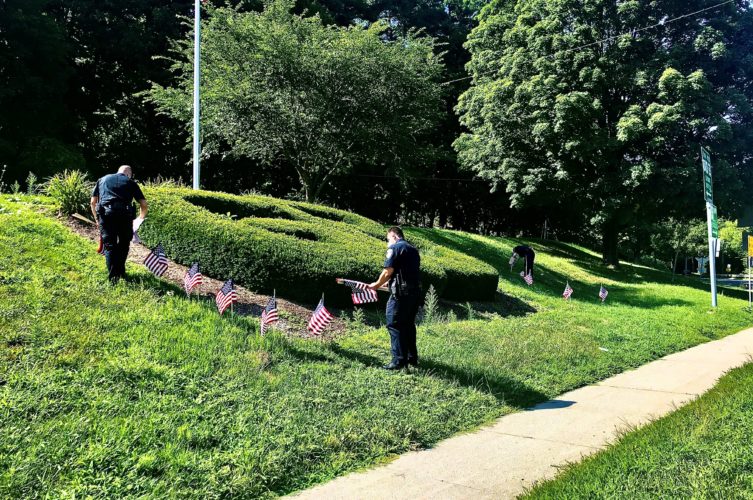 During the July 4 holiday, approximately 100 U.S. flags were taken at night from the town park at the intersection of State Road and Main Street.

Jeffrey Barbeau of Awards Company of Springfield read about the incident on the Great Barrington Police Department’s Facebook page and then contacted police and offered to replace them. On Aug. 6, officers redecorated the park with some of the donated flags and will store the remainder for July 4, 2021.

“The Town thanks Awards Company for helping us honor our great American Flag,” Walsh said, adding that the investigation into the flag theft is ongoing.