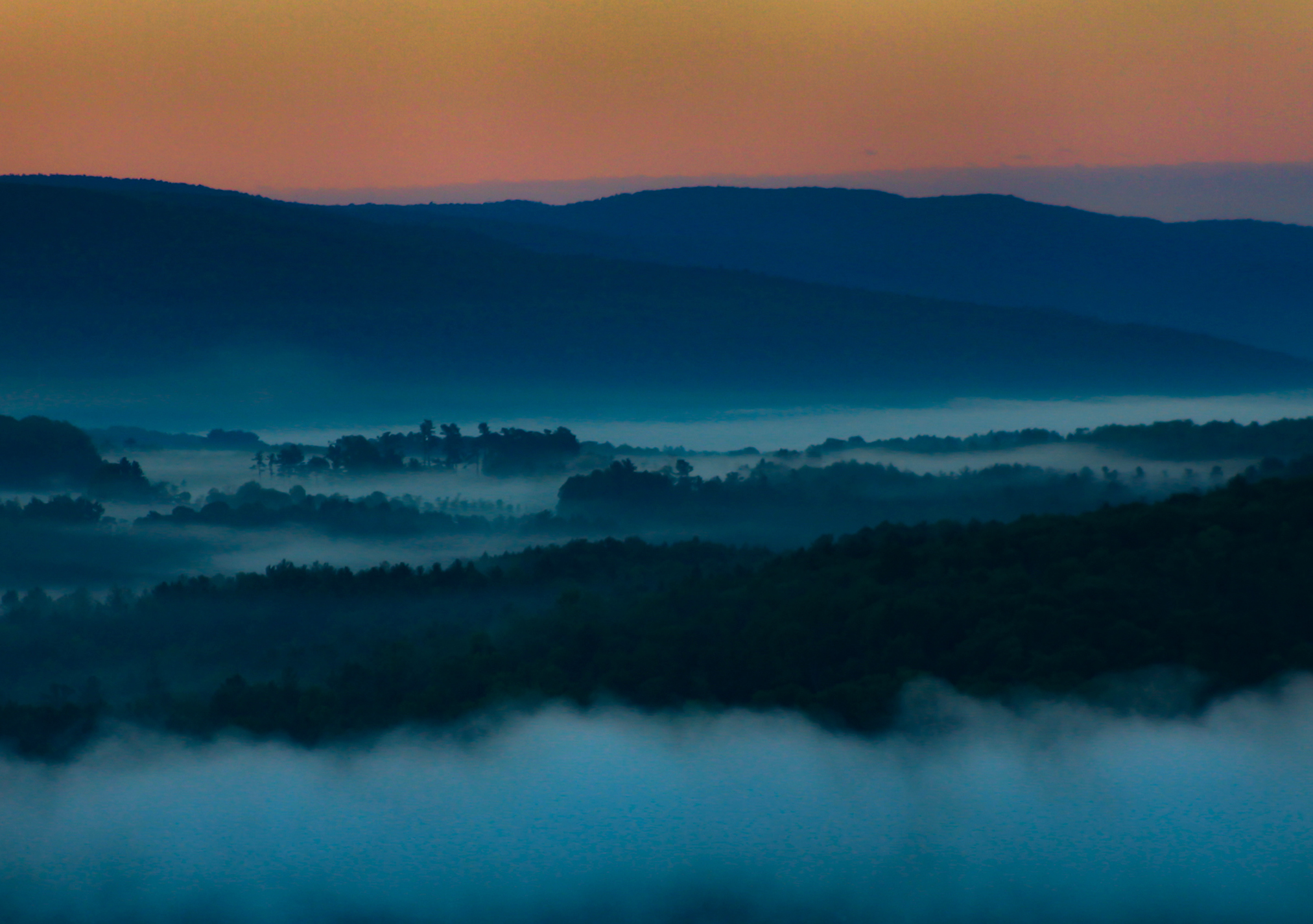 Sunrise over Stockbridge Bowl by Gabrielle Murphy of West Stockbridge, Mass. One of the ten winners of this year's Stockbridge photo contest.

Each winning photo will be printed on the front of a note card, and a relevant quotation will appear inside. The note cards will be sold in packets at many local merchants. All proceeds from the sale of the cards will go to Stockbridge Land Trust, whose mission is to preserve the natural, historic, and community resources in Stockbridge, Massachusetts, and to The Laurel Hill Association, whose mission is to do such things as shall serve to improve the quality of life and of the environment in Stockbridge. An exhibition featuring the photos will be mounted at the Stockbridge Library, Museum & Archives in September.

Any photographer, whether amateur or professional, whether living in Stockbridge or not, was invited to submit up to ten photos of Stockbridge’s natural environment. Both landscapes and close-ups were welcome. Photos could be taken in any season, and were not limited to shots taken this year.

Participation in the contest was higher than anticipated. Fifty-four photographers submitted a total of 270 submissions, almost twice as many as last year.

Here are the ten winning photos, including the photo at the top of this article:

And here are the ten honorable mentions: