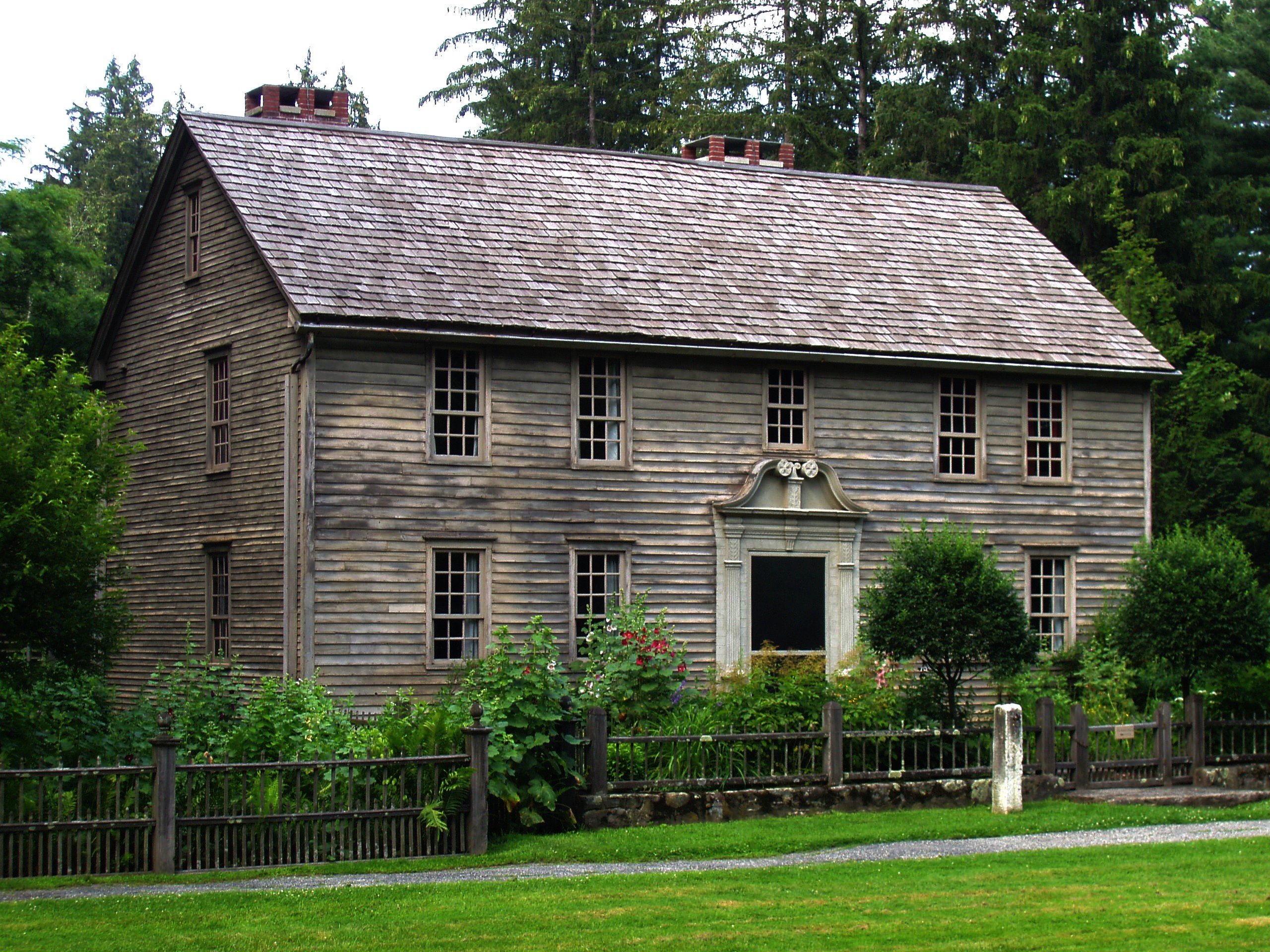 Editor’s Note: The following account, compiled by former Stockbridge Police Chief and historian Rick Wilcox, recounts John Trusler’s conversation with the Mohican delegation during their visit to London in 1766, based upon papers in Yale University’s Lewis Walpole Library.

The Stockbridge Mohican Sachems Daniel Nimham, Jacob Cheeksaunkun, Solomon Uhhaunauwaunmut, John Naunauphtaunk, along with the wives of three of the four men, were aboard Captain Barnabas Binney’s vessel “The Ship Lion” when it sailed from Boston on June 16, 1766 bound for London. According to a Boston Evening Post June 30, 1766 newspaper article, the seven Indians were accompanied by four other individuals, three of whom were identified as William Gregg, Jr., Bartlett Brundige, and an interpreter.

The Mohican Sachems embarked to London to meet with British authorities regarding colonial encroachments on their lands in Stockbridge. Historically, other Tribes, Colonial settlers and even 19th Century government officials lauded the Mohican Tribe for their on-going diplomatic efforts.

A contemporary account in the London Chronicle gave further details. “The sachems are remarkably tall and stout, one of them six feet and an half high without shoes, which they do not wear; of a brown, shining complexion, and bold manly countenance, dressed in the Indian manner. The women, who are ladies of fashion, were of the same complexion with the men. They appeared very modest and decent in their behaviour, and seemed remarkably delighted with a few trinkets, such as ear rings, necklaces, &c that were presented to them by some ladies, who went to pay their respects to them at their arrival.”

John Trusler, who with his wife Mary raised eleven children and served as an assistant to Dr. Lewis Bruce, the royal chaplain at Somerset House, wrote the following about his meeting with the visiting Mohicans: “One of these men was about forty years of age; the other two were under thirty, and their women not exceeding the age of one or two and twenty. They spoke English tolerably well and were far from being unintelligent. I dined frequently with them, found them decent and orderly, and entered much into their way of thinking and living. They called themselves Kings and spoke of our King as their brother. They had been once at Court and seemed wonderfully delighted with what they saw. Their first toast after dinner was always, ‘Here’s to Brother George!’ And I observed that though there were no hint of wine, etc., they constantly rose sober from table. Their wives were handsome women and had been married some years but had no children.

“Perhaps some few traits of their way of thinking may not be unacceptable to my readers, desirous of knowing from what they had seen and experienced in England. Whether they would prefer living in such society as ours in preference to their own, I made the inquiry; the reply was ‘No.’ The elder of the three said that happiness consisted merely in the gratification of a man’s wants, that these were readily gratified in their own country, their wants being few. But here, continued he, ‘such a variety is offered to the eye and to the palate, as to create incessant wants and if not gratified, must be the source of endless quarrels, for the strongest arm would snatch from the weakest and men would be little better than wild beasts.’ Hence, said he, must arise innumerable contests, war and bloodshed.

“I do not give these expressions as the exact language of this untaught Indian but as the purport of it. I represented to him that such evils as he alluded to were checked by good laws and regulations. Even the laws themselves, said he, would become evils, which we never experience: restraints upon conduct, which free men, are unaccustomed to. We have no statute to impose any service as a duty, no compulsory laws to oblige us to perform it: all our resolutions are voluntary and flow from the impulse of our own minds we have but one law, which is to punish murder. The man who deprives another of life is put to death.

“But, said I, do theft and adultery never occur among you? ‘Certainly,’ returned he. ‘They do, but are not these sufficiently punished by detection? Why then a multiplicity of laws? What possesses thee to expose thy person to dangerous voyages and be oppressed about futurity? Avarice is thy bane and thou art no less tormented in preserving what thou hast, than in acquiring more. Fear of robbery and shipwreck makes thee wretched. Thus those growest old in thy youth. Thou hast become grey, thy forehead is wrinkled, and a thousand ailments afflict thy body; a thousand distresses surround thy heart, and there movest with painful hurry to the grave; nursed in the lap of ease and in the midst of plenty sickness in a variety of complicated forms assails thy constitution from which in youth we are entirely exempt. Savage man knows not the name of madness. Mental derangement arises from chagrin, and you owe this to your society. Why art thou not content with what thy own country produces? Why not condemn superfluities as we do? In a state of nature like ours we enjoy what our labour procures, but in a state of society like yours those who labour most enjoy the least, and thou who labour not at all have the greatest number of enjoyments. But after all, I like my own state best. We are unrestrained. We have no master to serve; no patron to please. We can lie down and rise up, go out and come in, are lords of the creation, above ceremony, above control and are strangers to restless nights.

“ ‘Health and liberty is everything with us. If we have these, we want no more. The necessaries of life are all within our reach: we can command game and fish all the year round; a skin supplies us with clothing, and a cabin or a cave shelters us from the weather. But in a state of civilization like yours if a provision were not made against the casualties of life, thousands must starve. Such a fine garb as we now wear would be ridiculed in our country, and such a profusion of dressed food and strong liquors would, if in general use, destroy that health which to us is our greatest blessing. Every one is contented with what he has.

“ ‘Notwithstanding this,’ said I, ‘you are not without your wars.’

‘War,’ returned he, ‘is with us matter of choice, not of necessity. We had much fewer wars before we became acquainted with the English. They have drawn us into a state of warfare and have a great deal to answer for, for we fight not so much for ourselves as for you. It will happen at times that one tribe will make inroads upon another, but this is an evil soon remedied. Our wars are only the war of a month; yours are almost endless. Danger, like labour, is to us a condition of our nature, and the fear of it never troubles us. Our wars are merely to prevent encroachment. In want of agriculture we are obliged to roam from place to place; when we have exhausted one place, we search for another. Other tribes do the same; but as interference with each other is an injury to both, we are obligated to prevent encroachments.

“ ‘A Mohican, whenever he travels, is always at home. He carries his little property about him and builds him a cabin as you would erect a tent, sits down and is quiet, but your state of society is an endless source of wretchedness. Eager to accumulate, you lie, deceive, over-reach, plunder and destroy. Not so, the Mohican. He tells no lie. No, never. Indian lives and lets live and helps man to live. What better man you than Mohican? If there be scarce food in the North, we remove to the South; if in the South, to the North. All places are alike to us. You, civilized man, are confined in prisons, bound in chains, shut up in garrisons, and there left to starve or be slaughtered. The enjoyment of property is lost in the anxious care of it. Mohican know no taxes; no arbitrary mandates, no servitude, no mortifications from the great, and if we have no palaces, we have no hospitals.

“ ‘What savage feel no want of, he no covet.’ He is subject only to natural evils, and these, his hardiness is best able to cope with. He experiences neither ingratitude nor jealousy; and why, because he expects no return for favors, nor any connubial fidelity and as our interests do not clash, we do not necessarily kill each other. Children do not secretly wish the death of a father, nor one man rejoice at the downfall of another. ‘Mohican is the friend of all.’ If a quarrel arise, a few blows set it to rights, and the weaker submits to the stronger. In short, such were the sentiments I collected from these men, and it often led me to reflect on the evils of society which doubtless are many and which the savage is exempt from.”

Trusler added, “But may it not be said that in civilizing of mankind, the Christian civilizer has much to answer for. He invades an island inhabited, say, by savages only, in order to conquer them and hold possession of a territory belonging to others – On what principle? The manifest intent is extent of territory dominion and power to the invader not the extension of Christianity among a race of infidels which appears to me to be the only good arising from the change. For this seeming good they are executing evil. They are invading a peaceful country. Robbing the natives of their property murdering all that oppose them as lords of the domain, calling every native that contends for his property a rebel and putting him to death in a Christian manner, by a Christian executioner – How stands this Christian in the eyes of his Creator, who thus presumes to dictate to him? What ought to have been done and which they as Christians would not in conscience have undone!”*

The Mohican Sachems were in London to meet with British authorities regarding colonial encroachments on their lands in Stockbridge. Over time dispossession of land forced the Stockbridge Mohicans to journey on their “many trails” ending up in Wisconsin where they are now referred to as the Stockbridge-Munsee Band of the Mohicans. More information can be found at www.mohican.com.